Roy Quinsey describes himself modestly as a “young Aussie bloke living the dream on the south coast of New South Wales”. But the 24-year-old is anything but average. He has experience in a variety of trades and has tackled many different projects.

Roy says most of his skills come from exposure to the building industry. “Dad taught me a lot,” he says. “I also worked for my uncles doing plumbing, then did a lot of landscaping.”

Now Roy is enjoying sharing his knowledge with Workshop members, along with fantastic projects like a cable trellis for a climbing vine hedge to cover an otherwise boring Colorbond fence. “The cool thing about landscaping jobs is that they become more successful every time you see them,” says Roy. “Things are always growing and changing.”

Roy loves the satisfaction that D.I.Y. provides, not to mention the cost savings. “There’s nothing like looking back at a project and quietly praising yourself,” he smiles. “Then there’s the pleasure of the compliments from others, that’s always nice.

“But possibly the greatest thing about D.I.Y. for me is learning something new. I’m always hungry for new building skills, and having a knock-about at a D.I.Y. project is my favourite way to learn.” 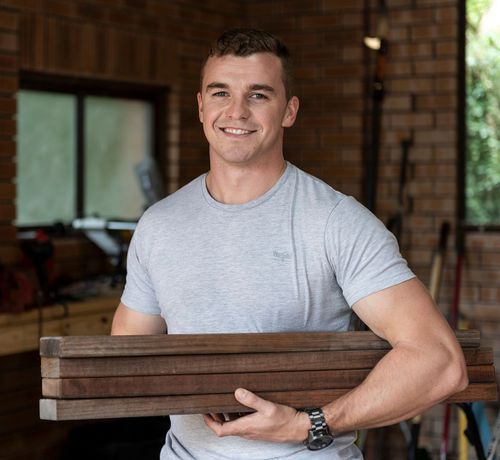 Roy Quinsey: a "young Aussie bloke living the dream".Roy’s passion began early. “I’ve been working in the family business for as long as I can remember,” he says. Roy’s father is a builder who began building backyard cubby houses and house extensions. Roy worked in the business on weekends and holidays while still at school.

“There was also always a project on the go at home, whether it was a new back veranda or a shed, something was always happening,” Roy says.

“When I was five we moved to a new house and went through a massive extension while living there, so every day after school I was climbing framework, swapping yarns with tradies, trying out all kinds of tools, generally getting in the way but copping a healthy amount of exposure to the action.”

Learning to do it yourself

Roy noticed from a young age that everyone around him could do everything themselves. “So why should I be any different?” he thought.

Roy was also something of an entrepreneur as a youngster. “We always had a little side thing going somewhere between us boys,” he says. “We used to sell firewood in winter when I was at school. Then as soon as I could afford it, I bought a 3-tonne excavator and started doing weekend jobs. I went from there to a tipper truck and skid steer loader.”

One of eight kids, Roy began working in the family business full-time just two weeks after graduating from high school. “By then we were building commercial playground equipment for council parks and schools. I started in the factory - metal fabrication, woodworking, plastic rotomoulding, etc.”

“After a while, I went into the office drawing up the playgrounds in 3D CAD. Then when an opening came up in project management, I switched over to that, driving around the country supervising installations and doing landscaping and finishing off projects. After a few years of that I moved into the sales team.”

Roy’s favourite piece of D.I.Y. advice came when he was learning how to plaster walls. “It was about midnight on a Friday night, the guy that was showing me how to do it was a few years younger than me, and he’s going ‘just blade on a bit more and then sand it again, keep doing that until it’s right…’ It pretty much sums up life really, just adding a bit and working it down, fingers crossed it’ll look good one day.”

Roy has already bought his first house and has decided to renovate it before moving in. “I have put down a rubber floor in my gym room, ripped out a heap of messy jungle gardens, put some shelving in the garage, installed a safe and a workbench.

The to-do list includes a new kitchen floor, moving some living room walls, and a new staircase. “There’s also always plenty of outdoor things to do, retaining walls and the like. It’s a real pain but I tend to spend more time working on other people’s projects than my own.” 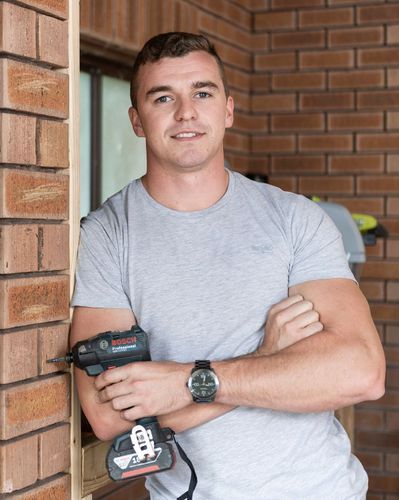 Roy loves his Bosch Blue cordless tools.Roy’s real-life workshop is currently “a big mess right now”. “At the moment I’ve got a couple of shelf units from Bunnings and a simple workbench that I built myself out of scrap timber from work. It’s still in progress.

"I built the bench up quite high because I’m pretty tall and don’t like bending over too much when I’m working on small stuff.”

Roy, who also enjoys mountain bike riding, says his favourite toys are his Bosch Blue cordless tools. “There isn’t much you can’t do with a drill, impact driver and circular saw.”

“I also always have my Leatherman Charge on my hip,” Roy adds.  “I couldn’t count the amount of times I’ve turned to go back to the garage to get another tool then realised I can finish the job with that little machine. If you don’t have one of them you really are missing out.”

When asked his favourite aisle in Bunnings, Roy is emphatic. “Definitely the tool section,” he says. “Barry at Wollongong Bunnings is just pure legend.”

Roy says online forums are “the best places for advice” and was pleased to discover the Workshop community. “It’s a bunch of helpful Aussies ready to lend you their time to help you with D.I.Y. problems.

“The thing I love about Workshop is that in a world of online forums based in USA, this is based in good old Aussie so it speaks my language and products.”

Roy also finds YouTube a great resource for learning new skills. “Although, I have to have a crack at something to learn how do it.

"I’m not one of those guys who can read an instruction set and know how it’s done. I’ve got to try it at least once.”

Great to have you as a member of the Workshop community @royq. Looking forward to seeing how your house reno comes along.

Thanks again for sharing your story with us. 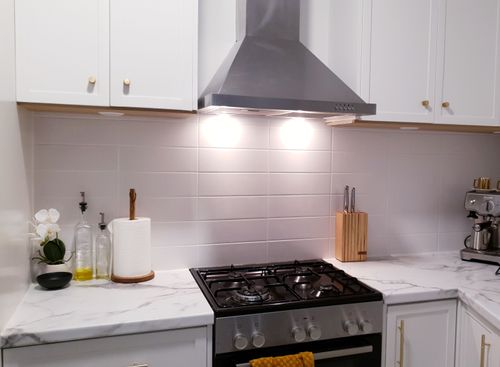