I have 2 climbing roses training up the posts of my pergola and they are growing very well. I bought them very small as 2 yellow banksia roses however one turned out to have a small red rose flower and is not a banksia rose, I'm fine with that. My question is do I prune the side shoots and the stems spreading out at the bottom of the plants leaving just the ones going straight up, or do I train those side shoots to go up as well? 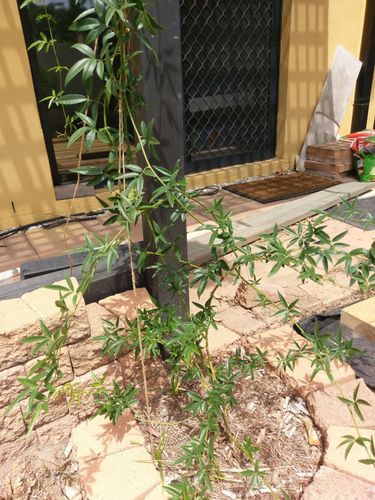 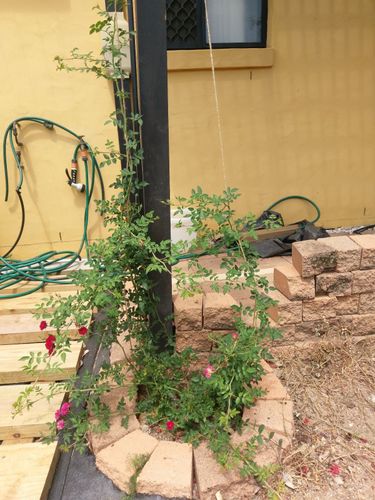 Re: Advice on Climbing Roses please.

We are letting ours grow and train them up on some hemp rope I have trained up the Arches they are on
Report Inappropriate Content
Message 2 of 4
1,861 Views
Reply
2 Likes
Like
Reply
Loading...

Re: Advice on climbing roses please

There's also advice and a video from horticulturalist @Adam_W about pruning climbing roses in this previous discussion - https://www.workshop.com.au/t5/Garden/Pruning-roses/m-p/5249

Re: Advice on climbing roses please

Climbing roses tend to be a bit different to regular roses in their pruning & training requirements.

Now, I'm thinking that you have accidentally ended up with two different varieties there - one a Banksia rose, the other a true rose.
The Banksia rose will flower on last seasons wood so trim down newer branches but don't totally remove them or you'll have no flowers. Pruning of them is normally done after the flowering season so mid to late summer.
You can train those side shoot but a lot of people will aim to have a main trunk (often called a central leader) lower down. Your call.
With the red one it's likely a more traditional climber so it's pruning is different again.

- In the first two years aim mainly to train the rose to spread the desired directions so train accordingly.

- During these first years only remove dead, damaged or diseased shoots and branches.

- From the third year prune main shoots only to keep them to the desired form and shape. Trim the side shoots by 2/3 or back to a point where three or four buds remain.

- Depending on the variety you may wish to dead-head the spent flowers. This can encourage repeat flowering. Some forms however are admired for their beautiful fruit called rose-hips. Removing spent flowers means that you will be sacrificing this lovely autumn and winter display.