How do i fix the browning leaves on my Waterhousia Lilly Pilly?

How do i fix the browning leaves on my Waterhousia Lilly Pilly?

Hi - TIA for any help. We have 7 Waterhousia LilyPilly's and 4 of them have browning curling leaves at the ends (not the whole leaf). No visible sign of black soot or bugs of any description. We don't water them (now winter in Melb). The 4 with the browning leaves are not together in a row- but we have lovely healthy tree's in-between them. They are about 4mt tall- so we don't want to lose them. 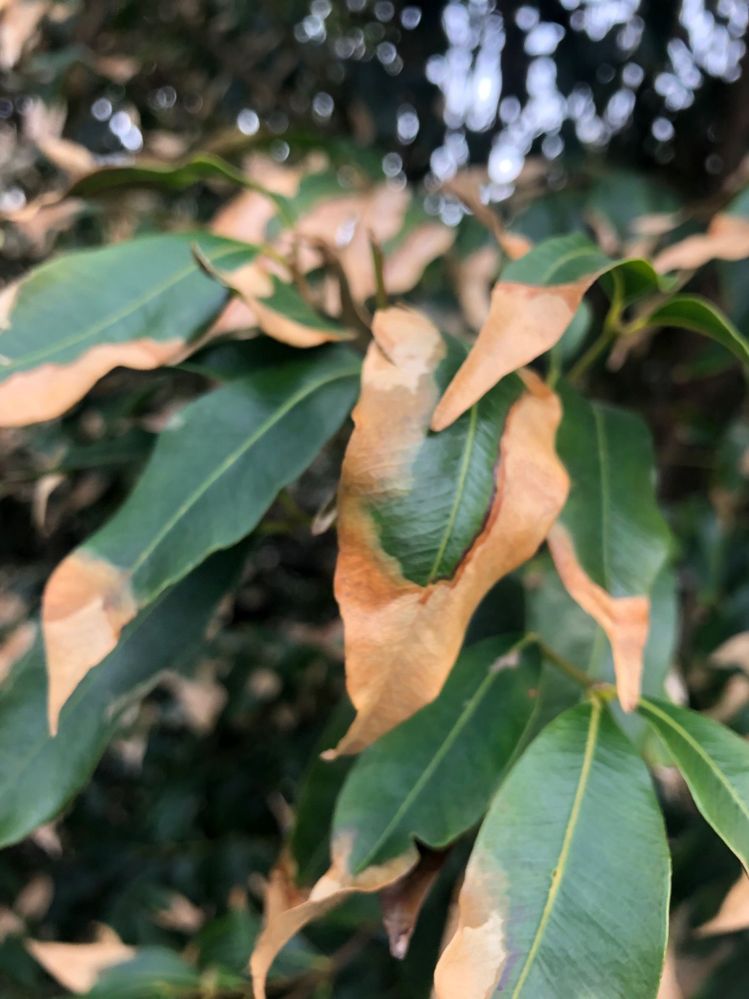 It is just the ends of the leaves

Welcome to the Bunnings Workshop community @Tinks. It's great that you've joined us, and many thanks for your question about Waterhousia LillyPilly's.

When did the leaves start browning, and when were these trees planted? Are all the leaves on the tree like this, even the ones not directly exposed to sunlight? Perhaps you might like to share a photo of the entire tree as well.

This looks suspiciously like sunburnt leaves on a tree that didn't receive adequate water during the peak of summer's heat. The oddity of having healthy trees in between damaged ones is unusual, though. Perhaps the healthy ones managed to establish their root system better over the years. I'd struggle in diagnosing a cause if this damage only started occurring during the cooler months.

Let me mention some of our gardening experts @mich1972, @Adam_W and @Noelle to see if they had any thoughts.

I will attach another photo. The trees have all been in for about 10 years- and the browning started about 3 months ago- but definitely getting worse. There is also thinning on the 'inside' (reduced sunlight) parts of the trees too. I don't want to soak them if it could be wet roots causing the problem. We live Bayside so it's quite sandy (loamy?) soil. Thanks again- REALLY appreciate your advice- esp considering our lockdown!

You might like to have an exploratory dig around the roots @Tinks. If you dig a small hole 15cm down, it might give you an idea of how wet the soil is. Established Lillypilly's rarely need to be watered over Winter. If they have been fine for the past 10 years, I suspect something else will be going on rather than the soil being too dry or wet.

Have you had any heavy frosts over the last three months? If so, this could be the result of them.

Please let me know if you need any assistance uploading your images.

Browning on leaves like that shown in your photo is usually due to water - either too little or too much. In your situation, I'd say too little. It's doubtful poor drainage would be a problem.

Given you live bayside (where frosts typiucally don't occur) and the soil is light (sandy loam), being a fellow Melbournian my guess is lack of moisture over the warmer months. Whole not all trees are affected, not all trees are necessarily equal when planted.  Some have better developed or stronger root systems when transplanted from pots so maybe that's why they are not all showing symptoms now.

Even though it's colder in the south now, these trees do not like dry roots at any time of the year. All lillypillies, including waterhousias, grow naturally in much warmer climates than yours and prefer to have moisture all year round - moist but NOT wet!

Apart from maintaining even soil moisture, an organic mulch around them would be beneficial, not only in assisting to retain moisture but also adding humus to the soil to improve its texture and water-holding ability.

Waterhousias respond well to pruning - in fact they take very well to being cut back / trimmed as a hedge. Not now, coming into winter, but in spring when the weather and soil are warmer, give them a good prune to remove all the affected leaf growth and reduce the overall height by as much as 1m to encourage the trees to thicken up, especially those that have become sparse in the centres through lack of light. 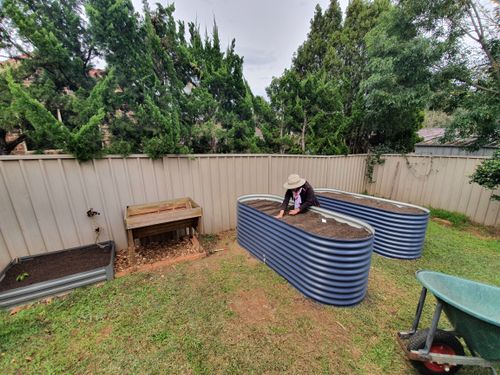