Goodbye to the brown kitchen!

Goodbye to the brown kitchen!

When I bought this little apartment, all I could see was BROWN.

The kitchen was just a giant sea of dark brown timber, and in such a small space it felt quite oppressive. The splashback, rangehood and cupboards, while all clearly of high quality, also felt quite dated.

My aim was to transform this kitchen and make it more current and fun. However, being on a budget I wanted to re-use as much as possible and retain the kitchen cabinetry and marble benchtop.

Because I was keeping the benchtop, I needed cabinet colours that would complement the very yellow, creamy marble benchtop. I immediately thought about a shade of green. With some help, I finally landed on Dulux Great Void for the cupboards (with the Dulux Renovation Range primer) and decided to have a 2nd shade, Dulux Coalition to break up the Great Void (as there were just so many cupboards!).

I also added Lane's brushed brass door knobs to all the cupboards, once again to add some depth and break up the paint colour. 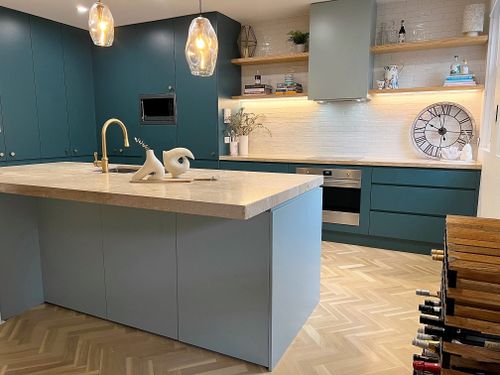 The kitchen after it had been painted and completed! 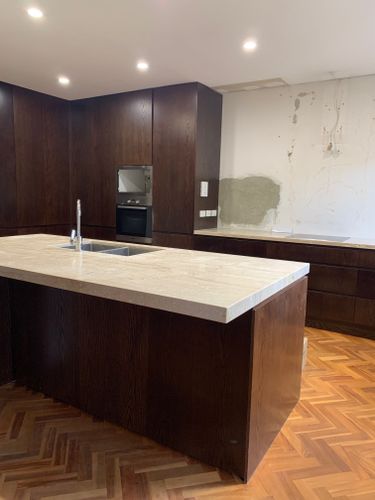 The kitchen before it was painted in all its brown glory.

Then, I removed the dated yellow glass splashback, the rangehood and cupboards on the side of the rangehood, to put in a new splashback using distressed white subway tiles and oak floating shelves (from Bunnings, the brand escapes me!) to make this space fresher and more modern. Importantly it also opened up and let in a lot more light through the windows! 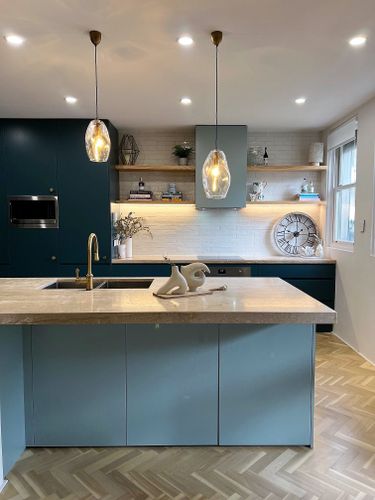 New splashback and shelves opened up the space 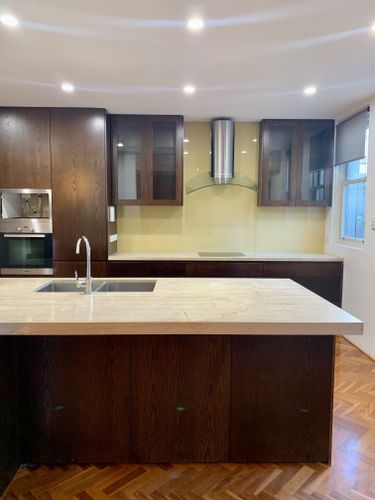 I also removed some drawers under the stove top, to allow me (or the electrician) to place a new 70cm oven in the spot! Lots of room for roast dinners now! Using some of the old cabinetry, I enlisted a carpenter to help me make a door to cover where the oven previously was (under the microwave), giving me the perfect spot to hide my airfryer and kettle. 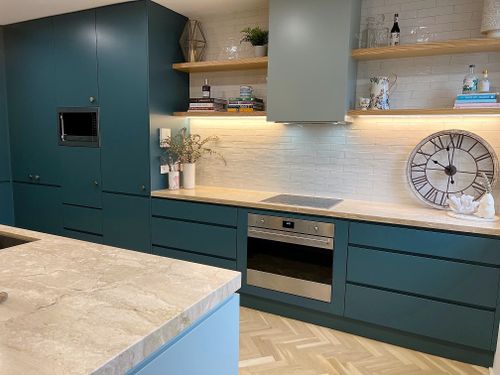 Drawers under stove removed to make way for a bigger oven! 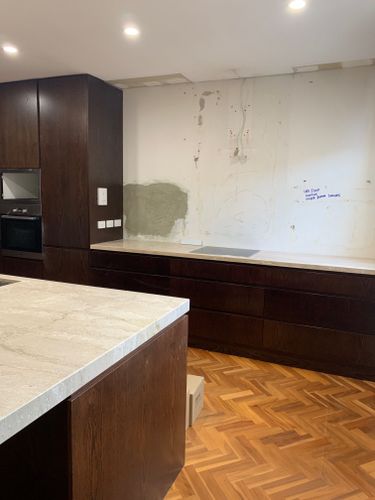 The kitchen with the drawers still in place 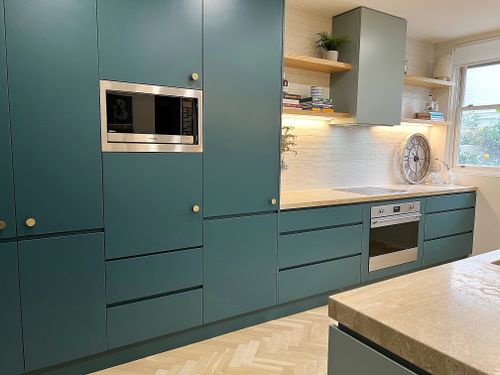 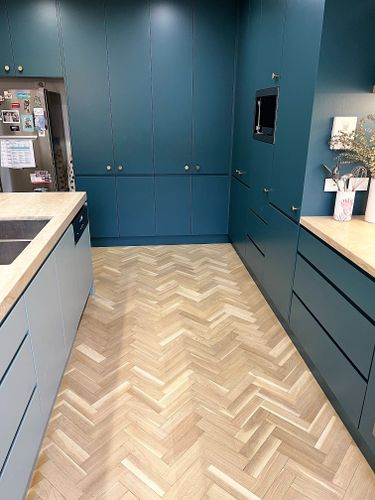 Dulux colours in all their glory 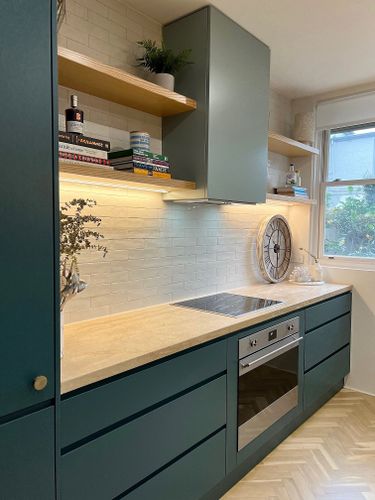 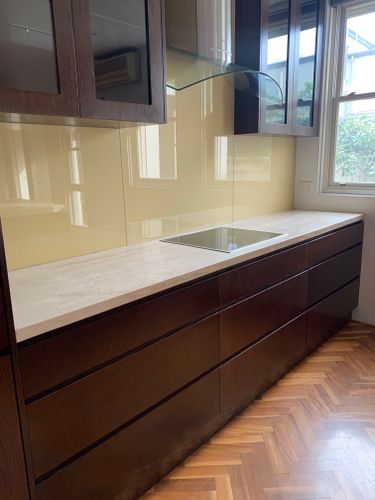 And just like that, with budget friendly paint, some tiles, floating shelves and a new oven (plus reusing some old cabinetry) I was able to say GOODBYE to all the brown and hello to 2022!

If you have any questions on the process or thoughts on the makeover please don't hesitate to comment!

Welcome to the Bunnings Workshop community. It's sensational to have you join us, and thank you for sharing your kitchen revamp.

I'm thinking that at one point in the past, someone liked this dark-coloured kitchen. The colours you've chosen look wonderful and they really complement each other. Removing the old yellow creamy splashback and replacing it with the subway tiles has changed the dynamic of the kitchen and made it look very modern.

The addition of the LED lights and the open shelving has really made the kitchen look bigger. What kind of flooring did you replace the old brown one with? I love that you've made some changes to suit your needs, but kept the overall layout of the cabinetry.

Again, thank you for sharing your fantastic kitchen revamp.

Thank you for reading and taking the time to comment! I totally agree, the previous owners invested in quality fittings and cabinetry and at one time it would have been quite on-trend! But yes, I wanted to retain as much as I could as the condition was great but I just wanted to bring it up to be less dark and more contemporary.

For the flooring to save money I didn't actually replace it. I got an industrial sander and found a flooring guy to bleach it with an acid to take the brown colour right off. And then it was just a natural protective finish on top!

Thanks again for reading!! Cheers

This is a fantastic kitchen transformation! You've gone from dark and dreary to modern, fun and cheerful. I am just loving your colour combination. Job well done.

Thank you so much Katie!!! Like all paints, who knew there were so many shades of green !!!

But we got there in the end…

Positively a chalk and cheese renovation that only allows for one word:

Lightening the floors did it for me, that really finished off the kitchen to perfection.

Can I ask did you whitewash the floor or sand and just use a clear polyurethane finish?

You really do have a talent because there would be so many people that couldn't do what you did or think outside the box so to speak to make problem areas work in your favour like the appliance cupboard and oven placement that you made for example.

Well done, this is a wonderful transformation.

Hi Barbara
Thank you so much for reading and your kind comments!

I knew everything was still great quality and didn't want to throw it all away, hence looked at how to change it through painting. I started with just that and then it grew to "I think maybe open shelves will be better" and then "maybe a new splashback"!! And I do love that I have an appliance cupboard now!!

The floor was actually just sanded back and then I found a floor guy who had an acid treatment that he placed on the floor to lighten the colour entirely - just sanding it back wouldn't have been enough, it would have retained a bit of the yellow / orange undertone of the original floor. Then it was finished with a clear finish. I agree it made a big difference!!

Thank you once again for your lovely post!
Wendy

Seriously @dorabulldog this is absolutely amazing !!!!! Thank You for sharing your kitchen renovation, can’t wait to see what your next project will be ☺️

Thank you Mich, that is really so nice of you to say!! Actually we just bought a 40 acre rural property in NSW and are in the middle of DIY now for the house which needs a LOT of TLC and work!!!! It's slow progress though as we can only work on it on the weekends.... but stay tuned!!!

You really were so lucky that the quality was there in your kitchen cupboards. People would be in envy of you being able to reuse the cabinetry as so often it's always MDF and whilst I'm sure it could be repainted if in good order, I'm not too sure you could consider it a long term fix as painting will scuff over time.

Your original splashback looked like it would have been a low maintenence but not too sure of the color that was used to go with the timber at the time, it really was a strange colour but your new splashback brightened the whole vibe of the kitchen.

As for an appliance cupboard, I was so desperate to have one in my kitchen but couldn't achieve it purely because I only had two walls and it couldn't be worked in however, I did create two appliance cupboards in a narrow section on either side of my main draws in my island bench, two simple shelves that pulled out and they go the full depth of the island which is 1mtr wide and comfortably hold my bread maker, chip maker, sandwich toaster, food processor, cake mixer,can opener and meat slicer so none of those items had to take up either bench space or valuable pantry space.

That's very interesting about the floor, I certainly know what you mean about the yellow/orange colour that you wouldn't have wanted to have.

Perhaps you could share the actual acid process as it sounds amazing and could possibly help others in the community facing a similar dilemma?

Anyway, again well done, you should be darn proud of what you have achieved to transform that dated kitchen into a modern and super functional space. 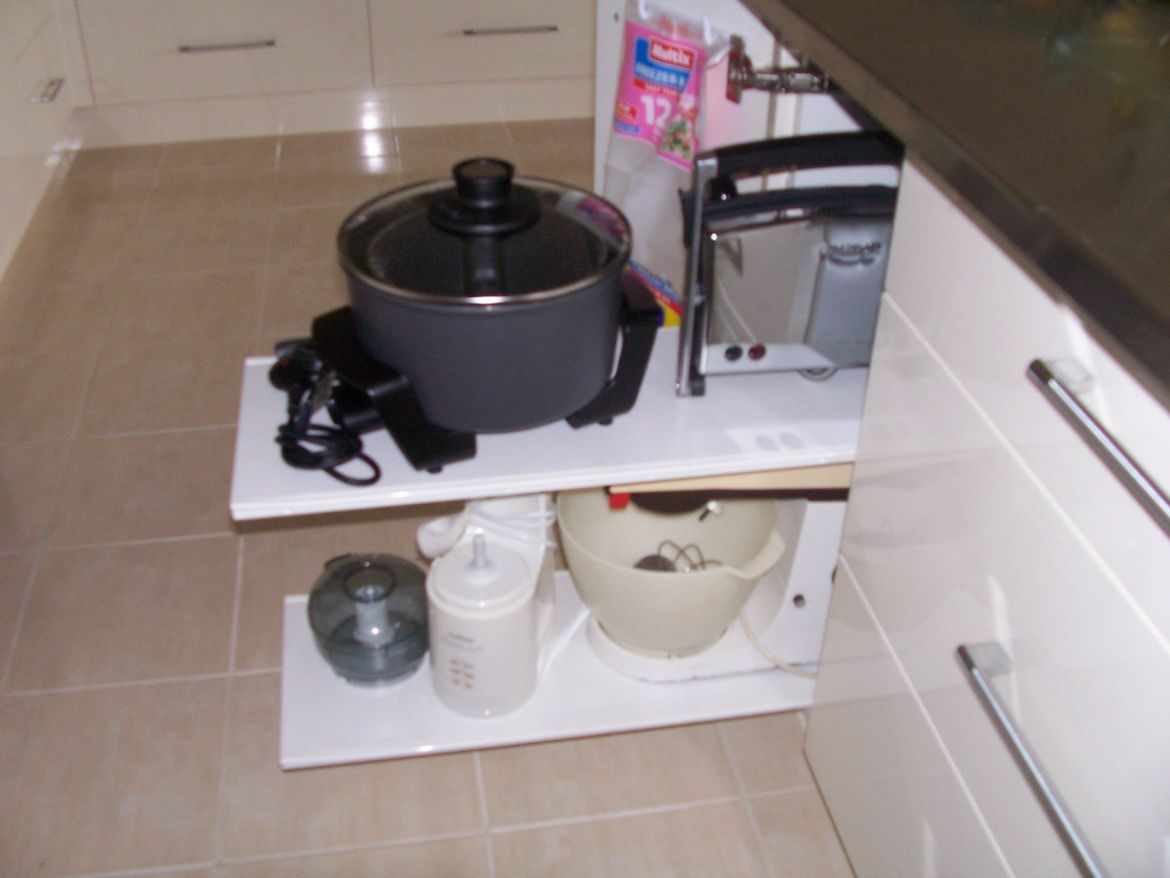 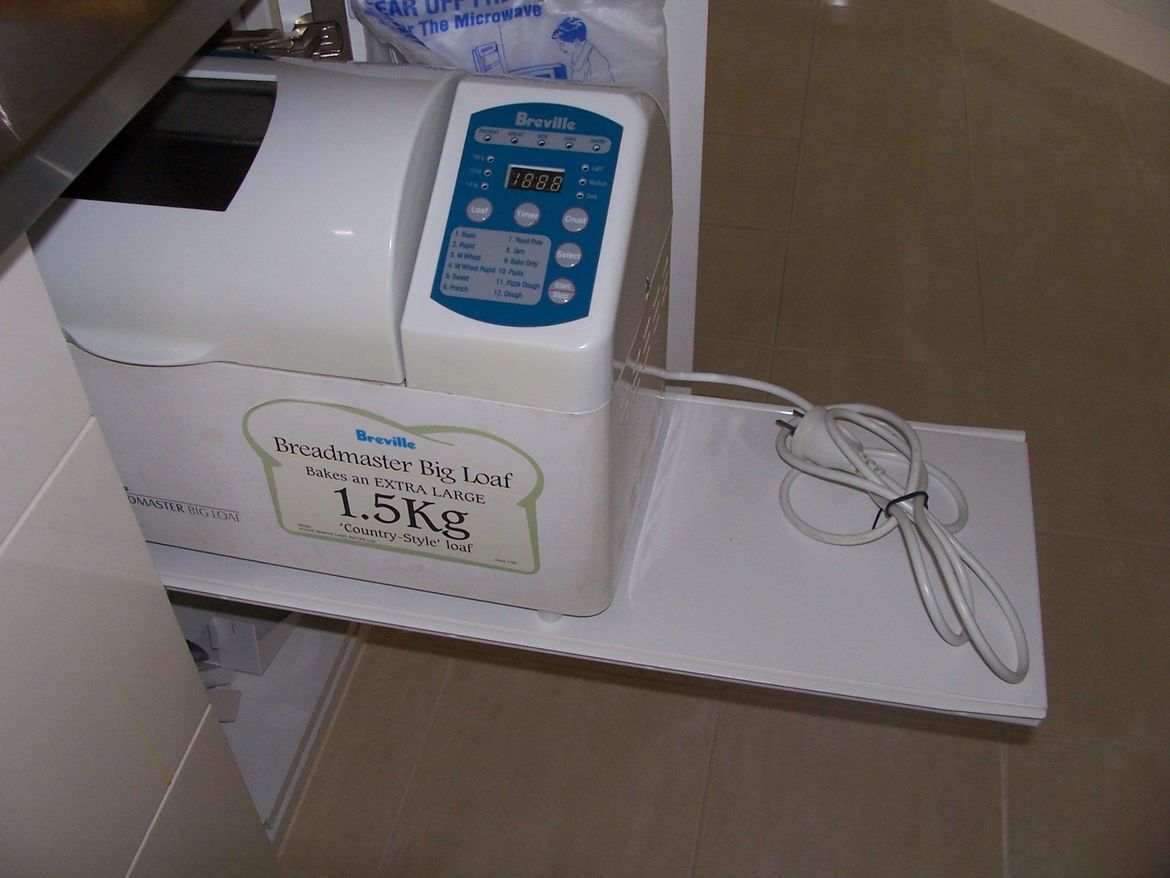 How do you match timber benchtops to timber floors? 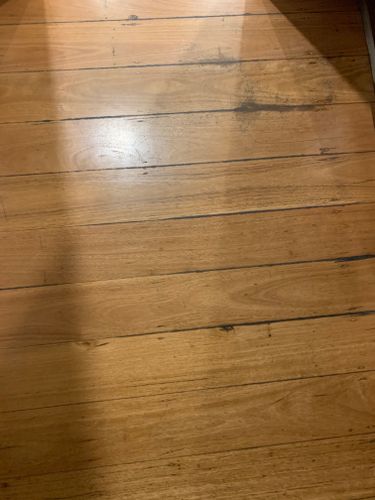 How to build a slimline spice rack

Kitchen renovation on a budget 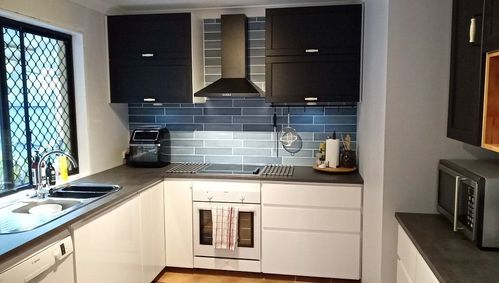