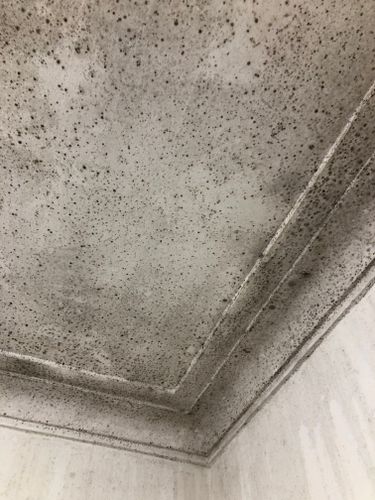 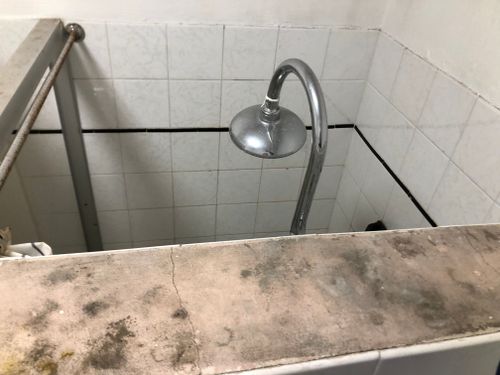 Besides the obvious installation of a ceiling exhaust fan, would you replace the ceiling or clean the mould? I have been instructed both ways, and even to use clove oil to clean the mould.

Also, bearing in mind the extent of the mould, would you place a man hole in the new planned bathroom ceiling or in the hallway adjacent? Roof cavity height for both spaces are similar.

Thank you in advance.

Looks like a tough job. I trust Workshop members will give you some helpful advice. Are you renovating the whole house?

Let me extend a very warm welcome to the community. We're really pleased that you could join us and look forward to reading more about your projects and plans. Please feel free to post whenever you need a hand or have something to share. We have clever and creative members sharing advice and inspiration every day so I'm sure you'll fit right in!

To be honest, I would replace the ceiling - even if you did clean it, it's far advanced, you probably wouldn't get every spore, and then some time down the track, you'd get the issue again. Clove oil will kill it, as will other things, but I doubt you'd get the penetration into the board that 'cleaning' would require. That mould will have gone through the paint layer by now...

Is that the top of a dividing wall with all the mould marks towards the front of the picture? Is it concrete? Are you ripping all that out?

I always put my man-holes in the garage, but I assume you don't have one? If not, then the hall - it's too awkward to get up and down ladders in small bathrooms, especially if you have to take stuff up and down.

I’m most grateful for your opinion and prompt response, Jan-Jan.

The ceiling has to go, though I was confused as to why I was advised to retain the ceiling by more than one tradesperson. Interestingly enough, I noted a few Yates weed killer spray contain clove oil and vinegar - both ingredients which I have been advised kill or remove the mould appearance. Weed killer spray, imagine!

Has any member here had success removing mould from ceilings and what was your experience?

Second picture is the dividing tiled brick wall of the shower, which separates the shower cubicle from the bath. Initially, I was considering to retain this wall, so that I can have a shelf to store items from the non shower side, as it would be a ‘waste’ to remove a perfectly functional wall. In the end, I decided removal of the wall would open up the shower and allow me to place a glass shower cubicle to create a more open feeling.

Like one member here, my first design idea was to eliminate the bathtub altogether as space is limited. I decided on retaining the bath in the end, purely from a perspective of perceived resale value - there is no other bathtub in the house and the other bathrooms are even smaller in size.

I was planning to do the demolition myself but after reviewing the complexity, I have determined it is a job that is beyond my expertise (which is zero, actually) - I just bought my first DeWalt boots for protection!

You make an excellent point regarding the man hole. The garage is basement level, so appears the best place is the hallway.

If I find any surprises along the way, will post progress photos here. BYO mask!

Thanks for the warm welcome, Jason.

First time renovator here. Only planning renovation of wet areas, then a good paint over when completed. I’m excited to learn from the wealth of knowledge here.

@hermes
Hope it all goes well! I would love to see photos of that bathroom gutted, lol.

As a side note - cut a piece of white melamine for your manhole cover, you never have the problem of the cover being sucked into the roof or jiggling about all night in an extreme wind/storm event, and also easy to wipe grubby finger marks off.

I find that some trades will tell you whatever they think you want to hear - they tend to work on the assumption that you want the job done at minimal cost, rather than have it done properly. I usually find that they are surprised when I ask for the thing to be done to a higher standard at higher cost. Why? I don't know...

Good luck! I hope there's no nasties lying in wait for you! Do your new DeWalts have wings on them? 😁

Hello Hermes, I must agree with Jan Jan the mold is far too infested into the ceiling board. Any amount of cleaning will only give you a small amount of time before the mold re-emerges because it has taken root inside the ceiling material. New wet area rated ceiling gib should be good followed by a bathroom rated undercoat, not just an ordinary undercoat. Then a kitchen and bathroom rated paint to top it off.

Looking at your pictures, I noticed your plumbing is in the free standing dividing wall. I just wanted to point out that taking that wall out will then mean that the plumbing will have to be moved and becomes an extra cost. But if you have taken this into account then please proceed with the demolition!

Would be interested to see the rest of the bathroom. If you have the time post some pics and I will throw in my 2 cents of renovation advice.

Please have an expert look at this I noticed No-one mentioned asbestos,This is a killer for you and your family,Cheer's Krusty. 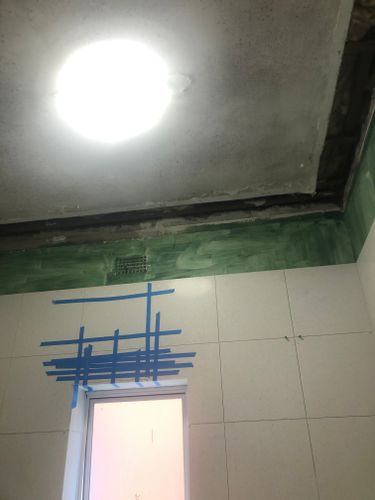 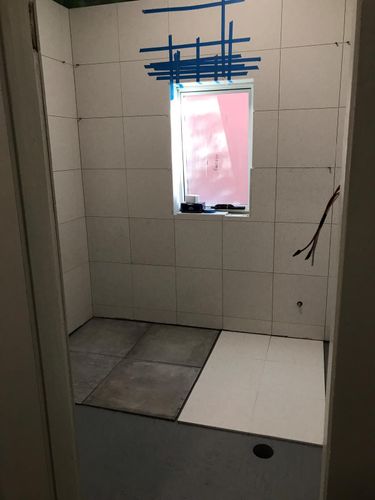 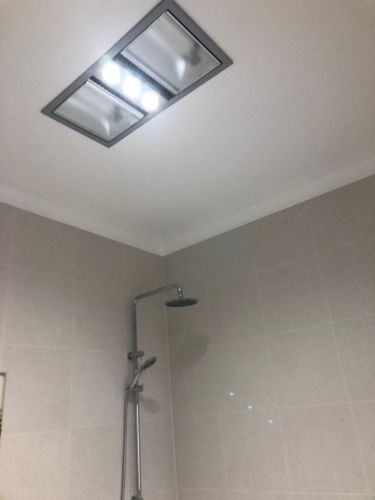 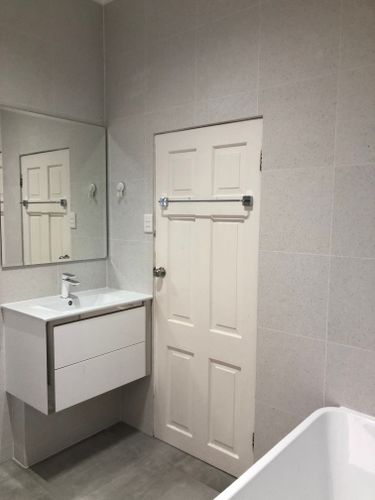 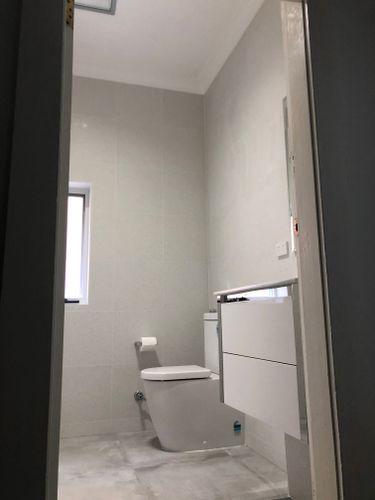 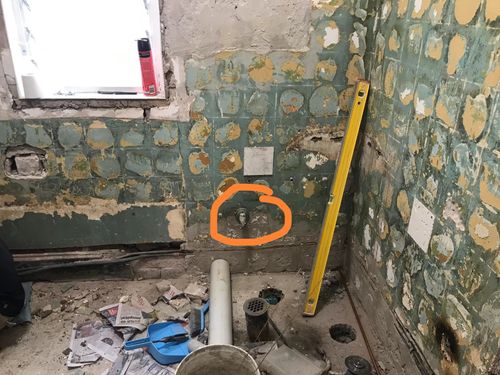 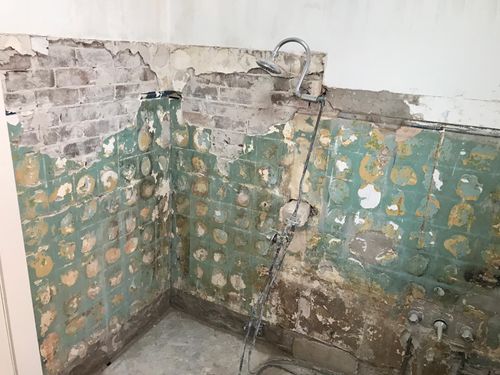 Demolition for the bathroom was very complex. As predicted by a fellow forum member, they expertly pointed out that the shower wall was embedded in the outer tiled wall. The demolition was very tough around the shower cavity but with some mates, managed to get it done in a few days (with our DeWalt boots on). Photos herein of the demolition. The renovation was subsequently done by a professional (including replacement of the entire ceiling and window).

Thank you very much for all your helpful opinions and advice. Much appreciated and greatly valued! 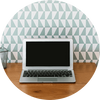 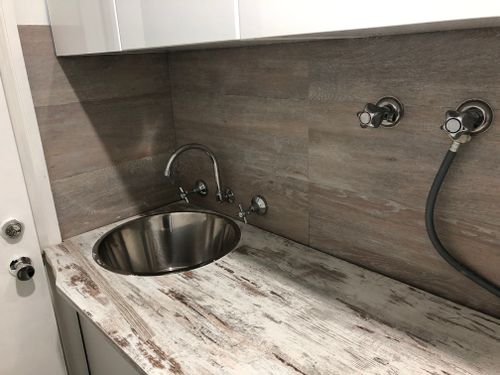 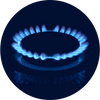 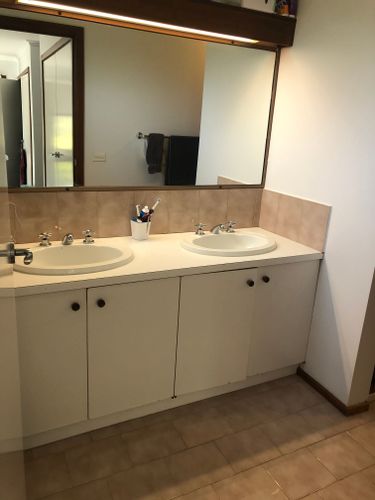 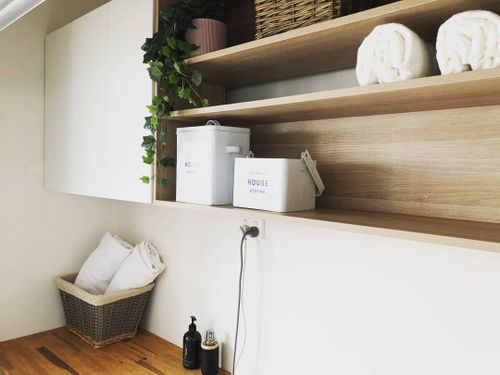 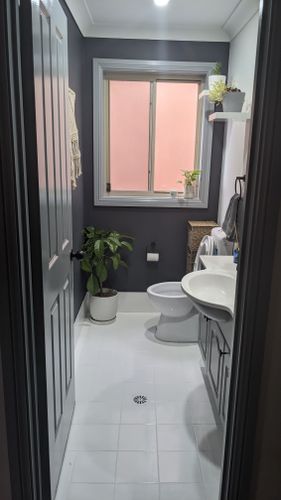