Completed in just a day for a wallet-friendly budget of $500, this popular renovation project transformed a basic laundry with a standard trough and no storage by installing a new sink, cupboards, tiles and benchtop. 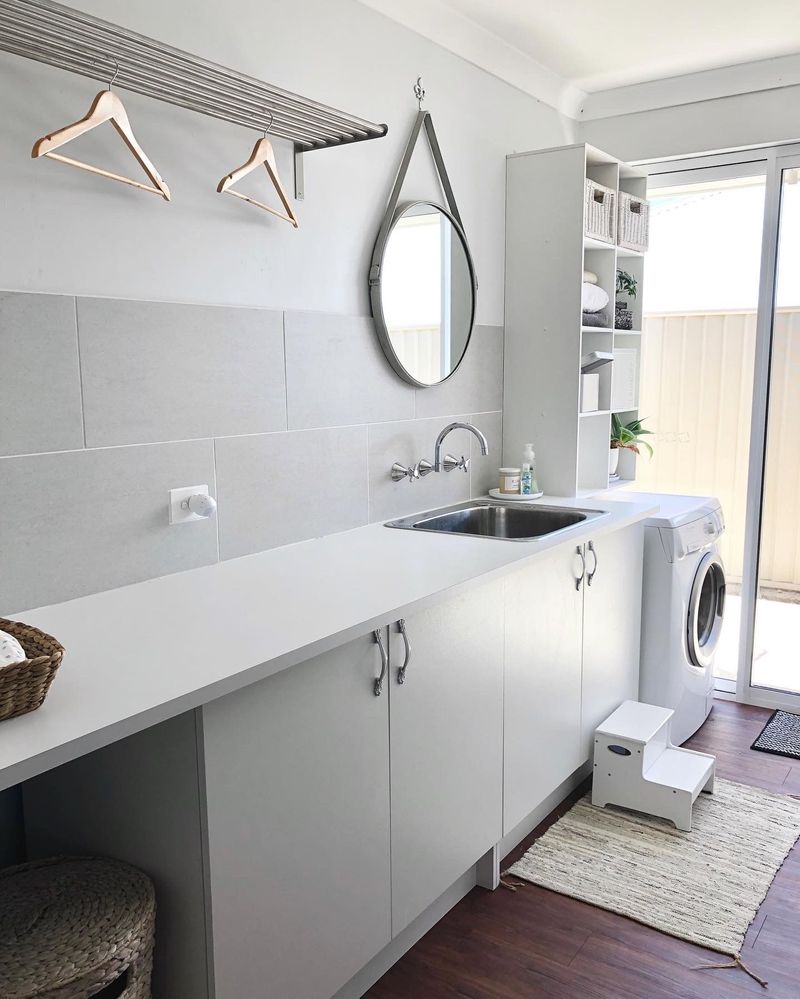 Our laundry was pretty basic with just a standard trough and no storage. We wanted to make it more practical but had a very small budget.

So we went to Bunnings and bought a large bench top, new sink, two cupboards and some beautiful tiles.

It took us less than a day to put it all together, and the best part was it only cost us around $500 all up! 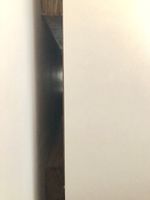 The cabinets were super easy to assemble and we attached them to the walls.

We started by attaching some wood to the wall. We did this mostly to bring the cupboards forward a little so that the benchtop wouldn’t overhang too far at the front.

Then we put the benchtop on top and attached it with some screws from the inside of the cupboard.

I’ve attached a couple of pics. One of the wood between the cabinet and wall, another one of inside one of the cupboards where we attached it to the wall and the benchtop.

Once everything was firm and screwed into place, we did the tiling ourselves.

It was our first time tiling and surprisingly it was pretty simple. We just watched some D.I.Y. tutorials beforehand so that we had a rough idea on what to do.

I think we used the Dunlop Wall & Tile Adhesive Premix - I think it was about $25 for 2kg which was more than enough.

We then did the grout, and once everything was dry we used Selleys No More Gaps to seal where the tiles met the benchtop. 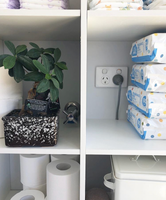 We didn’t move any taps or power points (they are behind the shelving unit) so that saved us money, and we did everything ourselves. We just watched heaps of YouTube and Bunnings videos.

We left the taps where they were and I put the shelving unit over top (cut out some holes for the cords).

We didn’t have to touch the plumping besides replacing one small section of piping to attach to the new sink. 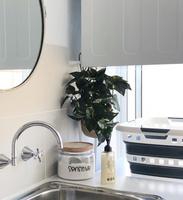 Since then we’ve put a dryer there so I moved the shelf and now just have a plant hanging on the taps to cover them.

Finally having bench space and cupboards has been so good! And was so affordable!

We did this reno over two years ago now and it has held up perfectly! The cabinets and benchtop are both really good quality, I would highly recommend them both.

The cupboards we used are the Marquee 1000mm melamine base cabinets ($99 each) and we just put different handles on them. These are now branded Practa 1000mm Melamine Base Cabinets.

The bench top is the Marquee 2400 x 600 x 25mm White Laminate Bench-top ($99). We were lucky the size was perfect for our space but you can buy them in smaller sizes. For the hole in the benchtop we used a jigsaw. We drilled a large hole in it first to get the blade of the jigsaw in.

We spent another $50 or so on the glue, grout and sealant which brought the total spend to around $500.

The cube storage unit was purchased a few years before the reno but I’m pretty sure I got it from either Kmart or Target. I used small angle brackets to hang it - two underneath and two at the the top. Flexi Storage Clever Cube 76 x 39 x 146cm 2 x 4 Storage Unit White seem to be similar.

The drying rack is from Ikea and is called GRUNDTAL. It is perfect for towels. We have a newborn that gets bathed in the laundry sink so her towel lives there along with other washing that is still a little damp at the end of the day that I don’t want to leave outside overnight.

How to make a hanging drying rack

The Bunnings team has shared a step-by-step guide How to make a D.I.Y hanging drying rack.

More inspiration for your laundry project

Renovating a tired, outdated laundry can provide much needed storage and create a stylish space that you actually enjoy using. Get more ideas for your home from our Top 10 most popular laundry renovation projects. 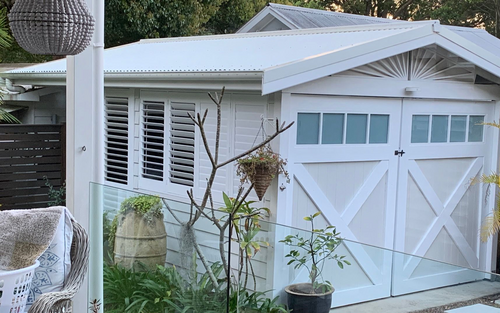 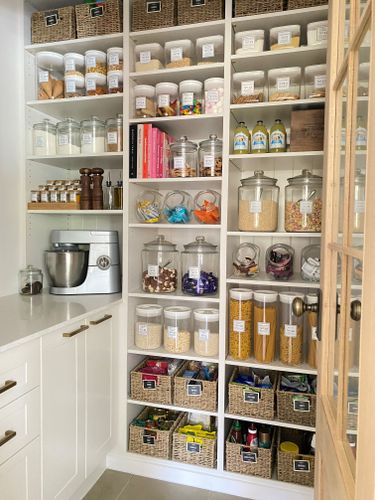 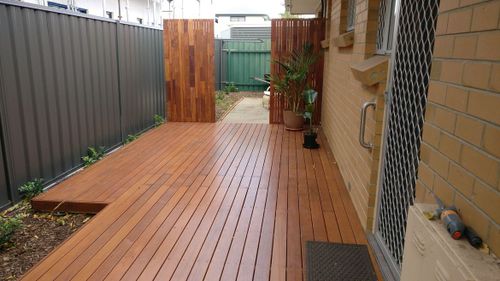