Turning a built-in robe into a two-storey cubby and wall-mounting a bed made this spare room more functional. 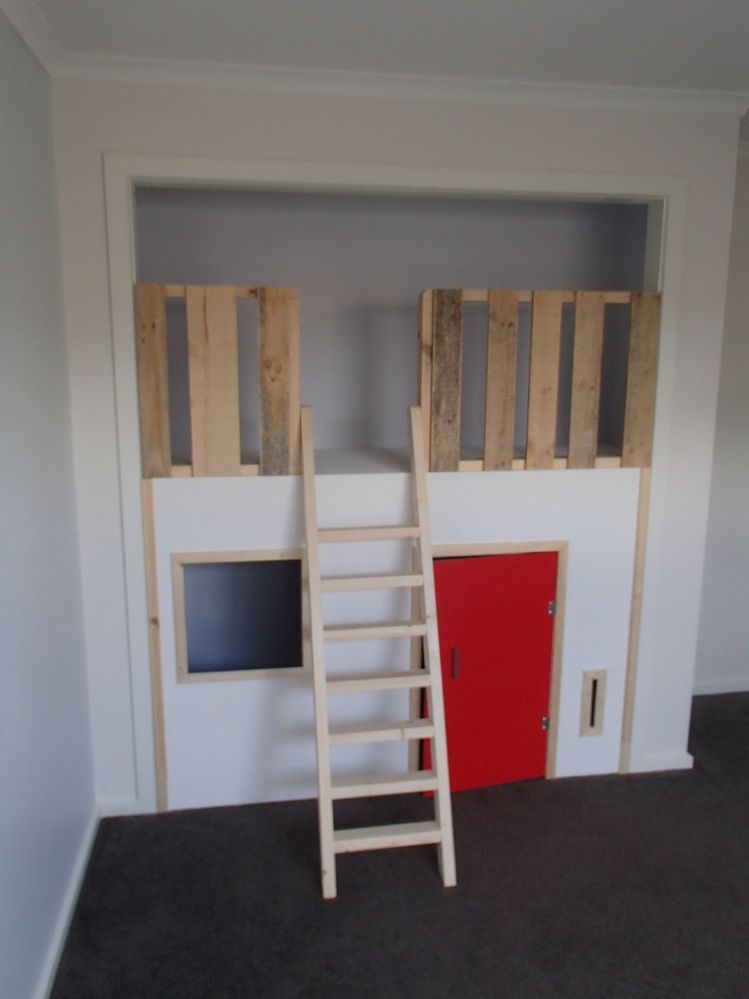 I've done several renovations this week in people's spare rooms and all of them have been dumping grounds and looked unused since last Christmas. But all still wanted to keep them as a permanent spare rooms. This made me come home and think about ours. We have a queen bed, which is a waste of floor space, and a built-in robe with no need to hang clothes in this room, so it becomes a dumping ground. The spare room has now become the play room.

The robe was converted into a two-storey playhouse.

We wall-mounted the queen bed and created an activity wall on the base. 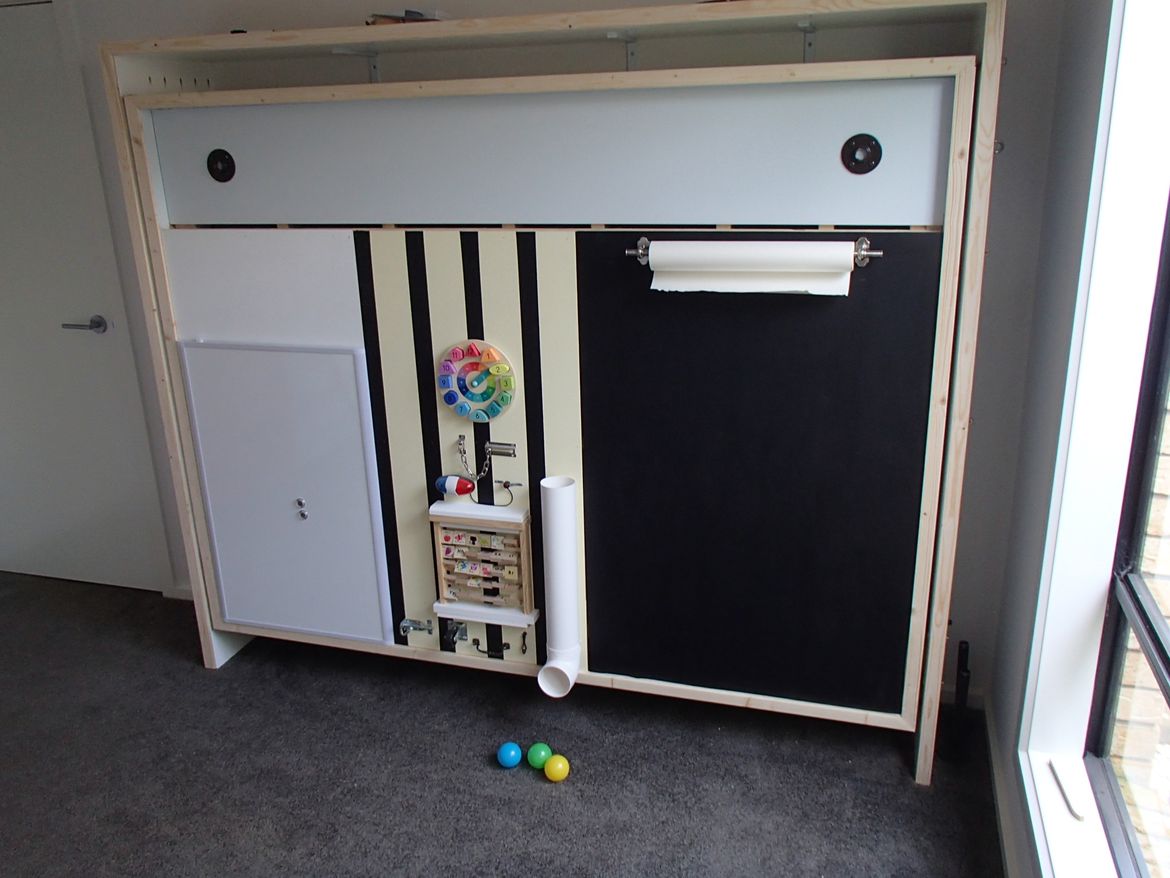 There's a couple of straps to hold the mattress in place when the bed is lifted up. 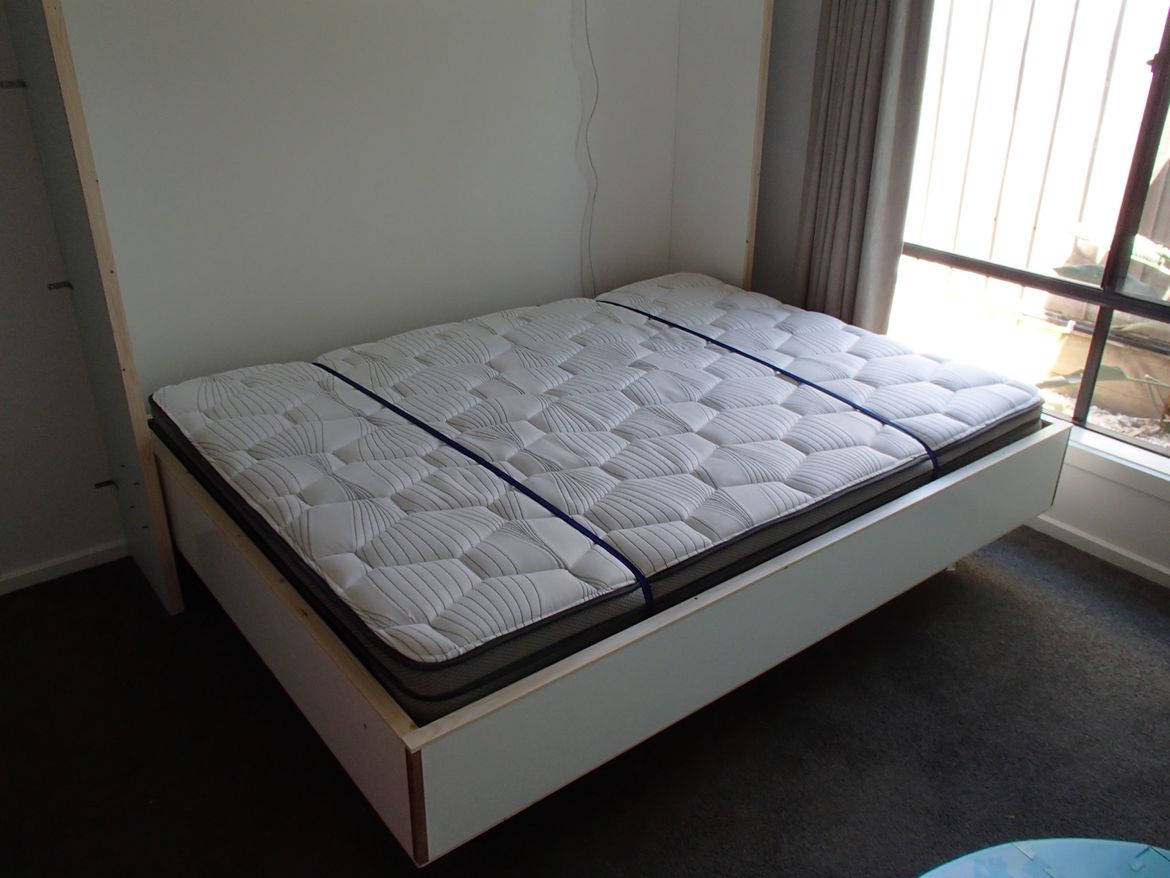 The floor space is now clear for games and the room is useable 100% of the time.

Put the following into practice with your wall-mounted bed project to keep the area safe: 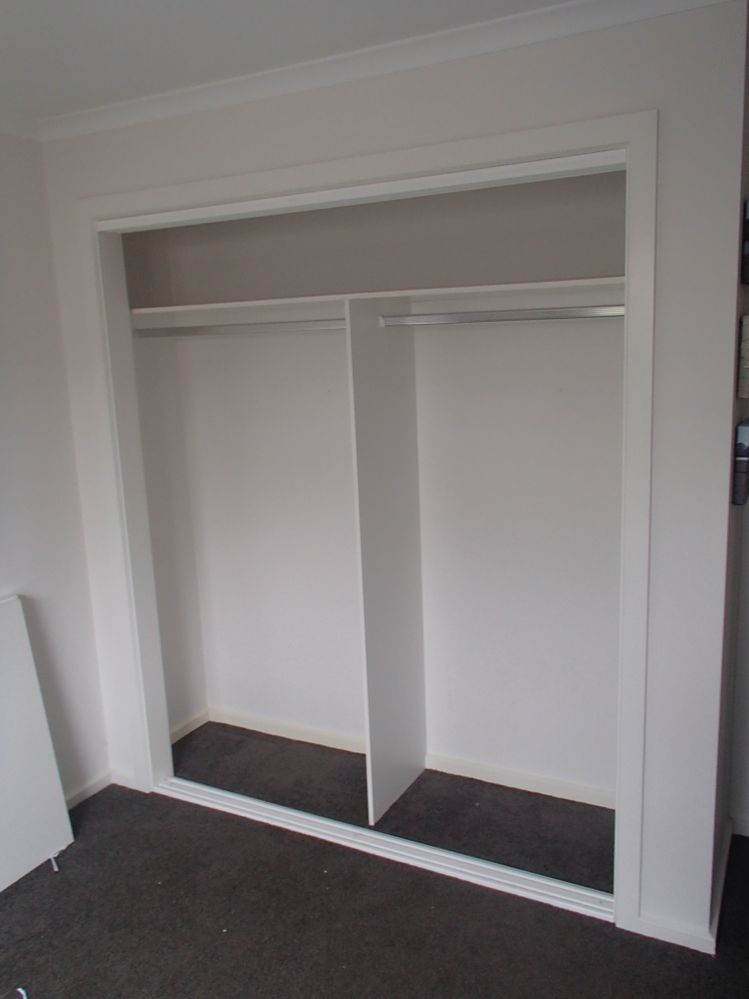 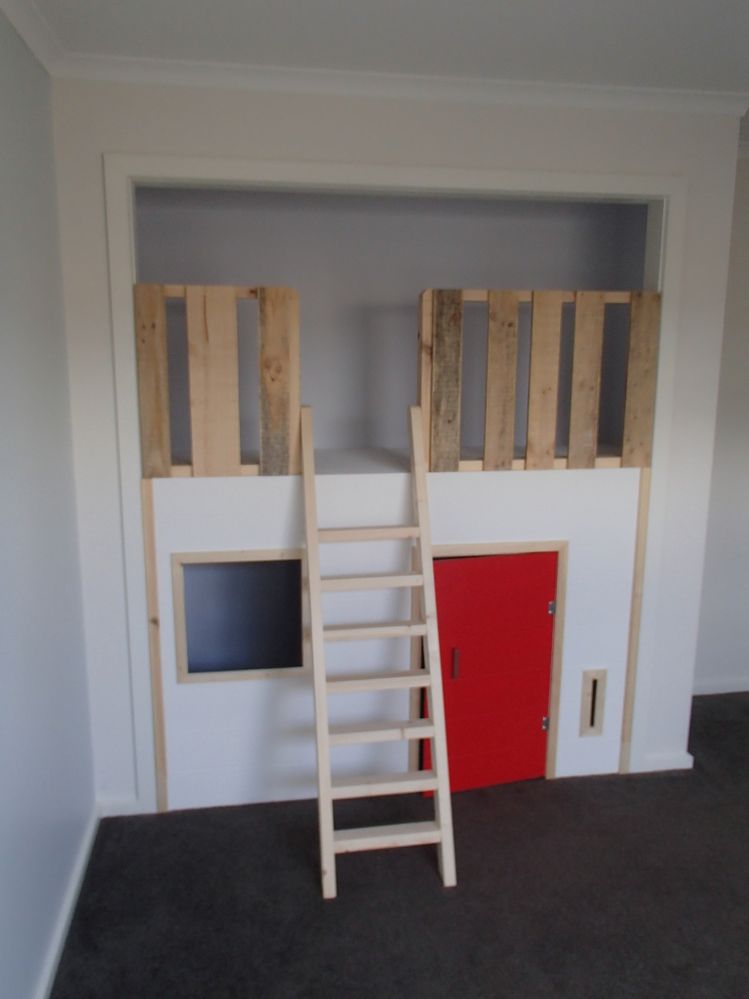 You'll find loads of clever ideas to entertain the kids, including plenty of cubby house designs, in our Top 10 most popular kids projects. 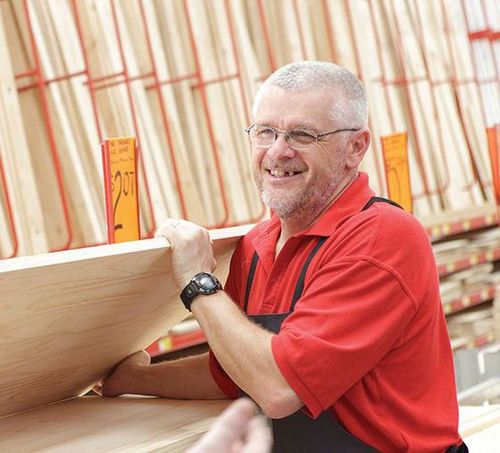