I've been tryting to grow mulberries, strawberries, apricots, plums, figs etc. for a number of years. Sadly, due to blackbirds, I'm lucky to be able to harvest 10% of anything.

Can anyone tell me how to keep them away short of killing them, which I won't do?

@Oldfart here are a few items from Bunnings and eBay that might help. I haven't tried them but it's worth a go. I hope they work for you. 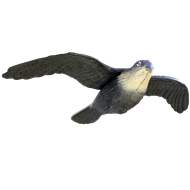 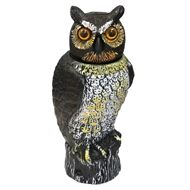 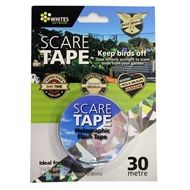 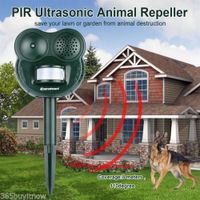 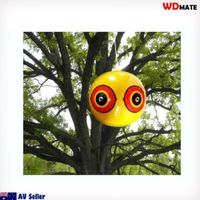 Going back 5-6 decades Mum & Dad strung used, midsized aluminium foil pastry trays in the fruit trees. A bit of a good feel recycling hack, they clattered & reflected light, & I think they worked. Might be worth having a "Bring your own Pastry Party" at your place, or go solo, & gorge 3 dozen pastries yourself.

I had one dive me last week. First time it flew/swooped past me .. I wondered what it was. It landed in a tree .. eyeing me off! "OK, little bird .. try it again" I thought to myself. As I turned my back .. yup, it tried to swoop me. However, this clever little "duck" was ready. I swung around and ran towards it .. waving my arms and growling. Guess what? "Big Black Bird" now just sits in the tree "eyeing me off" .. mutual respect showing on both sides!
Oh yes .. wonder what the neighbours would have thought if they had seen me !!?? hahahaha
Report Inappropriate Content
Message 4 of 10
7,534 Views
Reply
0 Likes
Like
Reply
Loading...
Highlighted

Please let us know if you have any luck with these suggestions @Oldfart.

Hi, sorry I pushed the button before I wrote anything, dur.

Old video tapes do the trick if you want tape, they're not much good for anything else these days.

If you haven't got any most opp shops have heaps that they want to get rid of.

Tie it onto some sort of frame as tight as you can without it breaking, it's amazing the noise it makes when the wind blows.

For my vege garden I used two gazebo frames (obtained very cheaply at the local Tip Shop) and put bird netting over them and you can hold it down with weights or screws so that I can lift it up if needed (I used screws as I have wooden edging).

The black netting is better because you can see what's growing in your garden.

Watering can be done without having to lift the netting.

Another similar way is to use the thicker polypipe or the thicker irrigation hose for the framework, which can be obtained from farm suppliers.

Bend it into an igloo shape high enough to allow access and throw the netting over the top and peg down and then no more bird taking your prized crops.

I see your post was blank. Please let me know if you're having trouble with anything. The moderation team and I are always happy to help.

@bergs, your bird netting ideas get my vote, dare I say, the perfect solution. It stops birds from spoiling the fruit, but it doesn't scare every bird away from the property.

Hi Andy_Mann, the good thing is that the Bees etc. can still get through to pollinate the plants.
I've watched the birds try and fly into the garden and when they hit the netting they bounce off like a trampoline.
It doesn't hurt them and they soon give up after a couple tries.
Even when I've been working in the garden and I haven't put the netting down they seem to stay out now that I have black netting.
When it was white they knew when it was up.

It's amazing the peace of mind it gives you.

I found the Indian Turtle Dove was the worst even more so than the Blackbird. The Blackbirds are after the worms, they scratch everywhere, but if there are no seeds or seedlings to scratch out then it's only a matter of tidying up the mess (even though sometimes is quite extensive).
The doves seem to snip any seedlings off, making you start all over again.

The only thing I know, is that vermin will get in!
I have found small tears low down in the netting but not sure if it's vermin or just been ripped with the wind (which we've had heaps of and for so long now).
There doesn't seem to be any damage from any vermin on inspection.

@bergs, thanks for bring up about the bees, they're vital to our very existence in the pollination process.

Thanks also for sticking up for Blackbirds, they do make a mess while foraging in the garden, which displeases my wife, but they're also nature's gift for feasting on lawn beetles. They're also glorious birds of song, which brings us both much pleasure.