Staying at home, and didn’t want to go out to the cold shed to make something. So, I thought if desktop woodwork. Used the washing machine when glueing. 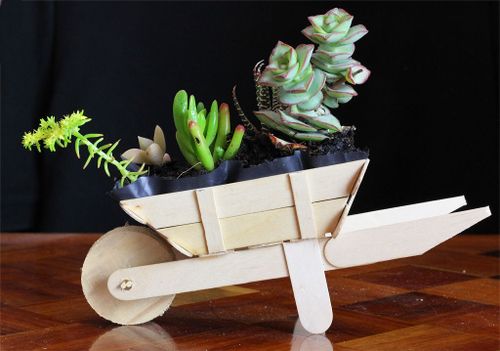 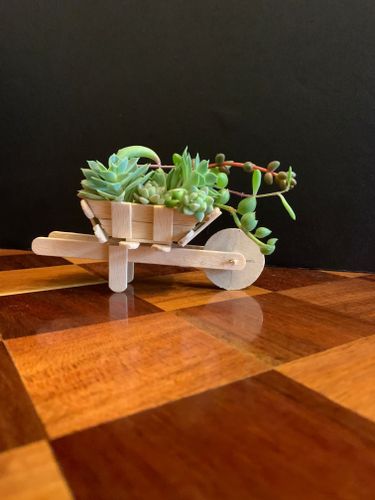 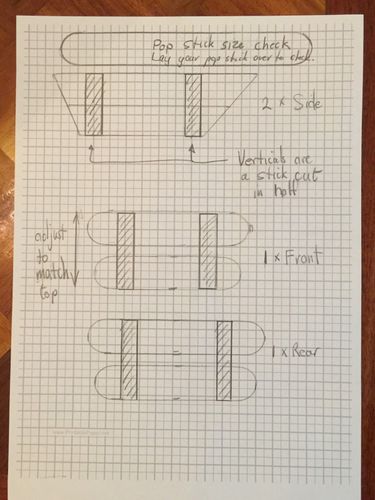 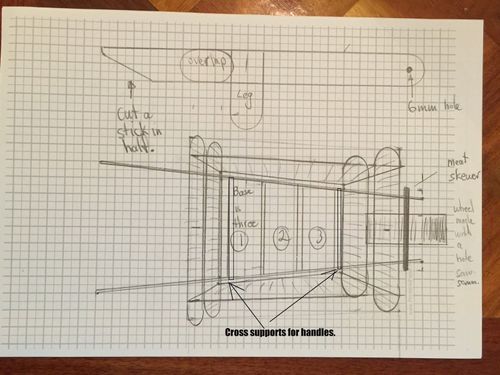 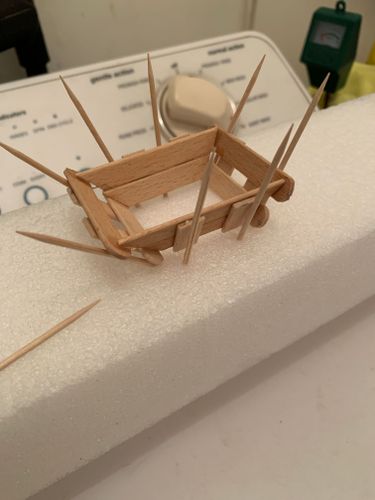 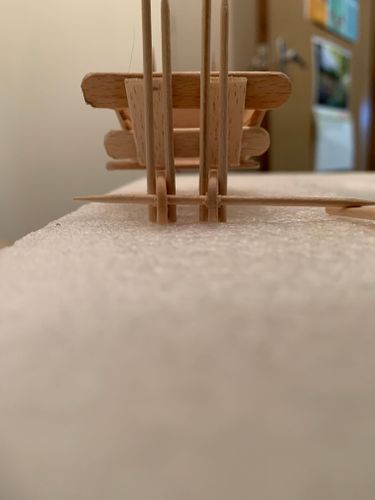 The use of tooth pics serving as pins, is a method used for building radio controlled aircraft. In the picture just above, it’s important to think one step ahead. To have the wheel true, need to make sure the axial is square. Drilling the holes fit the axial after glueing is harder. When making the sides, don’t want two left hand sides nor two left hand sides. Like with radio control planes, don’t want two wings for the same side. 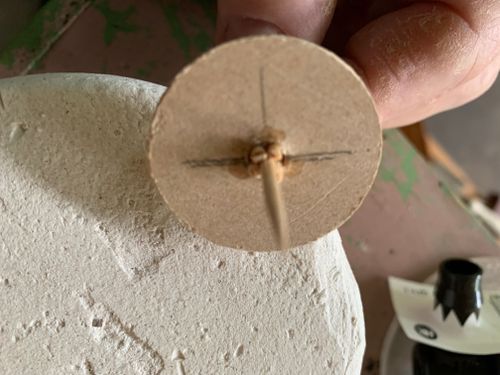 For the wheel, a Bunnings hole saw. Could have used tooth pics to form spokes, but wanted something for a post today. The centre of the hole saw is wider than a tooth pic, so several were used to build up the hole around a central tooth pic. When glueing, be sure not to glue the central tooth pic in place. Otherwise, two things, can’t mount the wheel in the model, nor will the wheel spin. 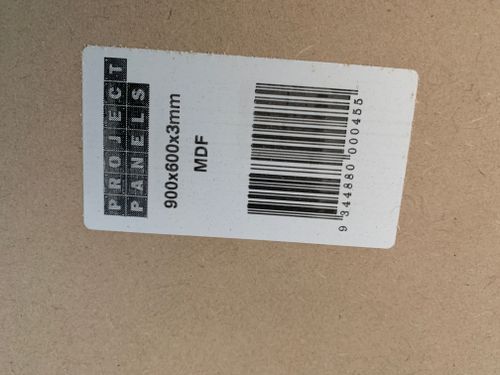 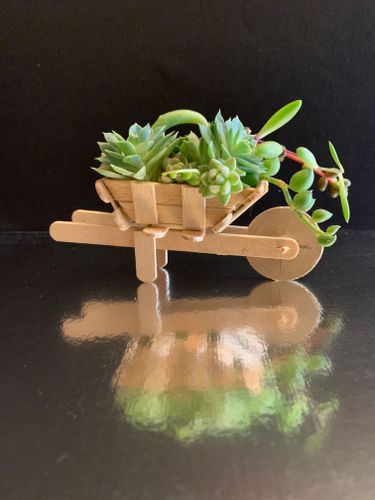 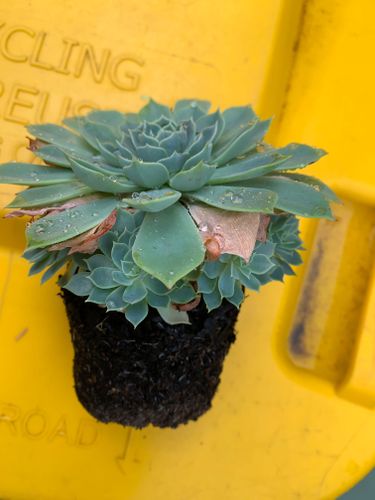 at Bunnings they sell Echeveria elegans. Here I cut off the little ones sprouting out around the bottom.

Will need ice cream sticks, tooth picks, Bunnings superglue, some secateurs, some foam to put tooth pics in to hold the sides, when applying glue .

Wonderful, as always @Jamespeter100. This is such a fun little project that members can make for their desk or windowsill.

Thanks for sharing your sketches and list of materials too so that community members can easily replicate your project.

Re: Mini wheelbarrow planter for succulents

That is an inspired creation! I've always wondered if it was possible to do and how small should you make it. I'm sure you will get a lot of questions about your diy build. Thank you for sharing your creation with the community. We look forward to seeing your future projects here on workshop.

Making a wheel with spokes, see the one on the right. 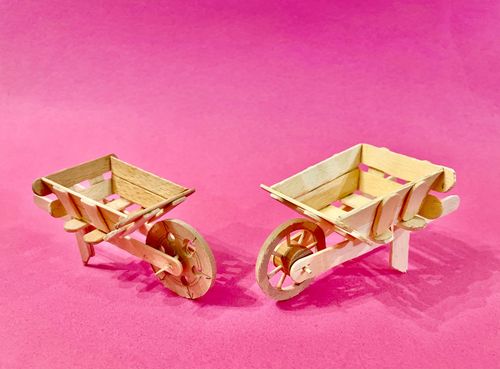 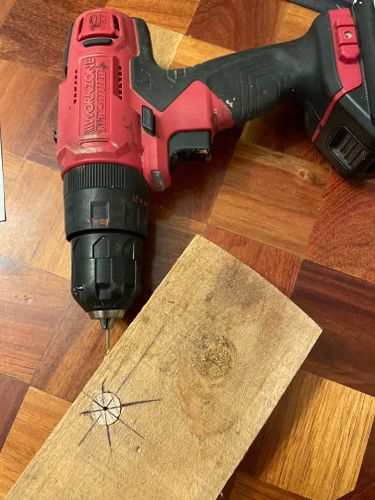 Here, Bunnings dowel that’s 16mm diameter, fits snugly is a hole drilled with a Bunnings spade bit. This dowel forms the axle. A drill purchased at Bunnings with a bit the same width as a tooth pic, is inserted into a pilot hole.  This means the axle doesn’t move, and the drill bit drills a hole with out the bit moving all over the place. The drill is removed, the dowel pushed out, and rotated 1/8 of a circle.  Which is 2*pi/8 radians, or pi/4 radians. 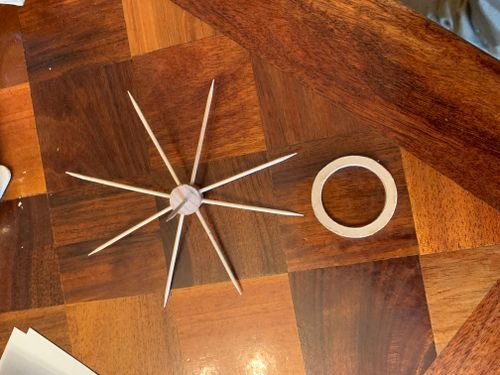 tooth picks inserted. The rim was made by using a hole saw purchased at Bunnings that has multiple sizes. 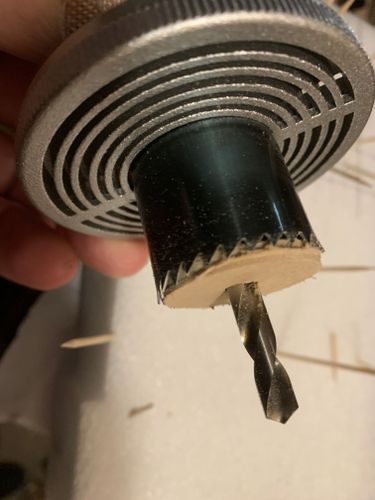 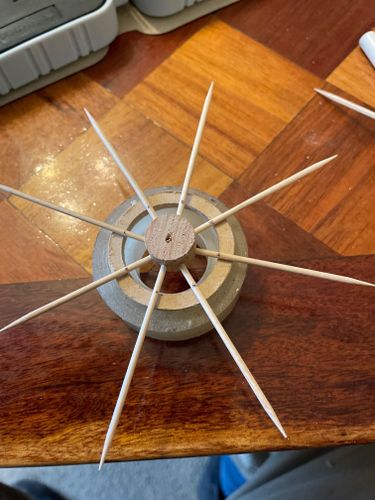 Mark’s are drawn on the spokes and cut with secateurs.

What a nifty way to create a mini spoked wheel @Jamespeter100. It certainly takes the guesswork out of the spoke location. I love your mini wheelbarrow and the attention to detail.