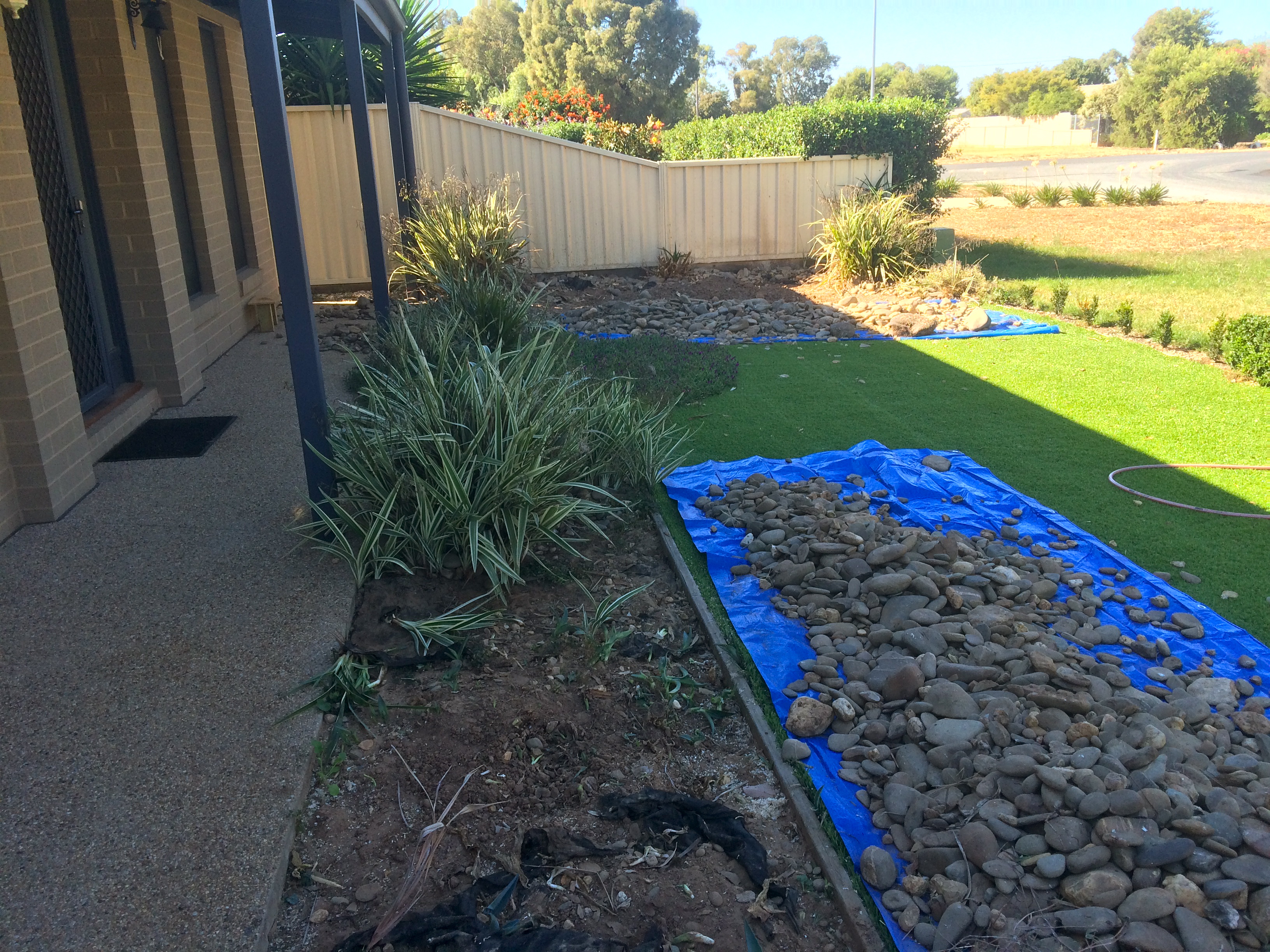 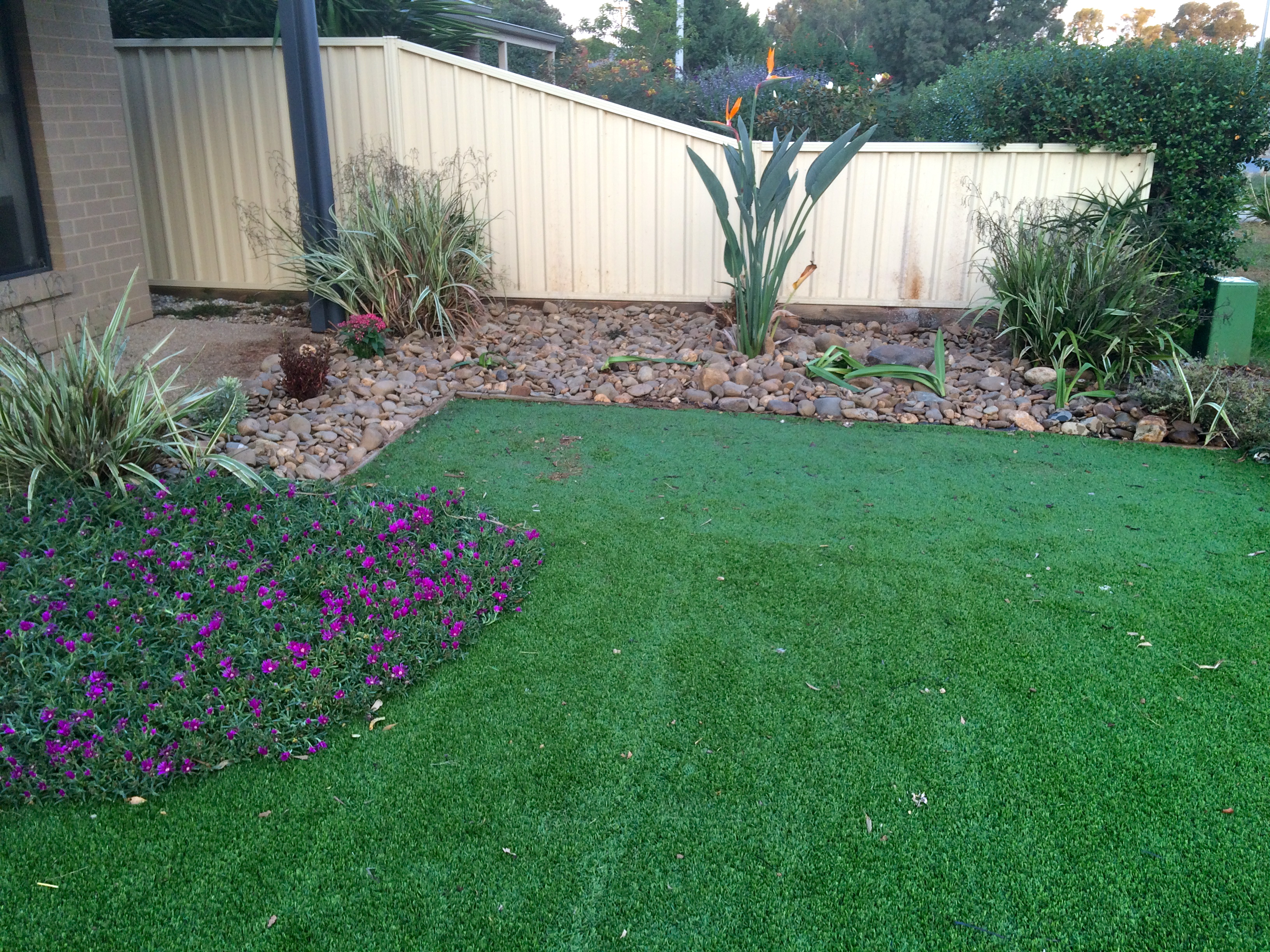 Re: front garden make over process

over the past 8 years that we have had our home,i have established a deep and personal relationship with these river rocks.firstly,the builders didn;t put any weed mat down so i took all the rocks out and laid weed mat, then put all the rocks back then planted our garden.we wanted a low maintainence garden so decided on a few  nice succulent things and a bit of leafy stuff, which was good for the first 2 or 3 years.but the nice succulents grew that well ,that they became a lethel weapon, with spikes 2 inches long that weren't affraid to attack you.they grew to about 4 foot wide and about the same in height,then over night the suddenly developed along stalk.we that intrigued us ,so we watched and waited to see what developed,well pretty soon the stalk was about 4 meters or more high and eventually flowered.once it had flowered, we decided that it was time to get rid of it,so with handsaw in hand ,it was one frond at a time,very carefully trying to avoid the lethel spikes,and placing them in the green waste bin as i went.well the bin so filled up  in no time at all,so i hire a trailer and bought a chainsaw which made the job a lot quick.once all the fronds were sawn off,it left me with a 4 foot stump to remove.so out came the shovel,well garden spade actually, and started digging,which was no mean feat,and i had 5 of these things to do.it took me 2 days to dig them all out ,then saw the stumps into managable pieces to lift into the trailer.i survived but the spade didn't,i managed to snap the handle, have you ever tried removing a fibreglass handle from your spade? total pain in the butt,solution i tossed it in the firepit and burnt it out.anyway,after i got everything dugged out and removed i had to refill the garden with soil,cover with weed mat again and of course put all the river rocks back then replant.so i guess the lesson learn here was find out what a plant is going to grow into over time and then decide if you still want to plant it.i'm sure over time ,i will get to play with my rocks again.