When I moved into my home, the front facade was dated with cream lifeless brick pillars and light cream panelling around the window. The lights on the pillars were rusted and gave little to no light.

To give the front facade a new look and bring some life and 'pop' to the colour scheme, I first painted the panelling around the window in Dulux Colourbond 'Jasper' to match the downpipes and guttering around the house. I then decided to clad the front pillars and replace the light fittings. I painted the pillars with Dulux 1 Step Prep Primer, Sealer & Undercoat in Domino, removed the old light fittings, and attached horizontal evenly spaced battens around each pillar to ensure that the merbau boards have something to be attached to.

I used 90x19mm Decking Merbau decking boards to clad the pillars, but because I wanted a random scattered look, I cut the boards into thick and thin pieces, alternating each board evenly around each pillar, leaving just enough space in between each board to bring out the Domino paint from behind. To finish the look, the light fittings were replaced with Bunnings 'Brilliant Black Manoir Wall Lights'. 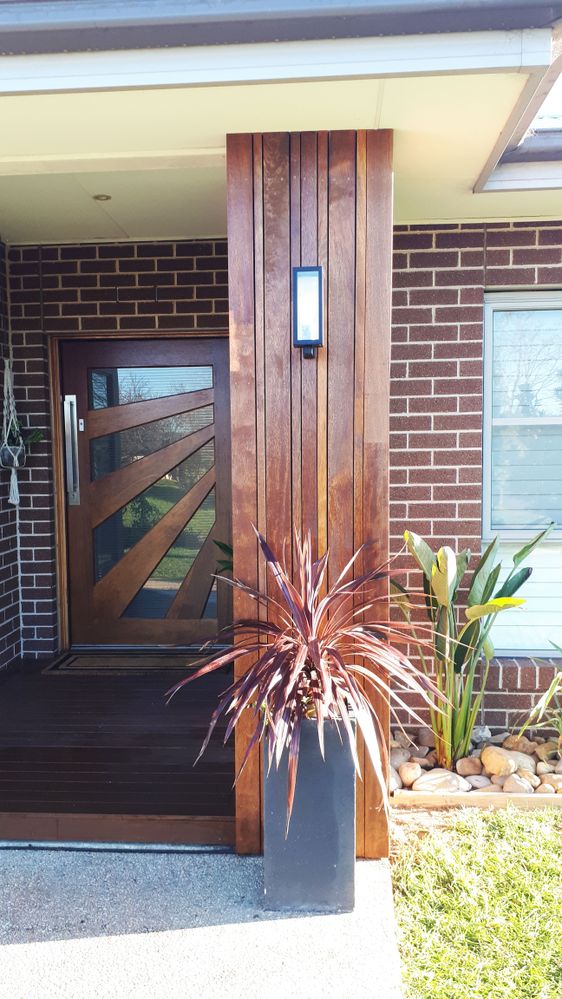 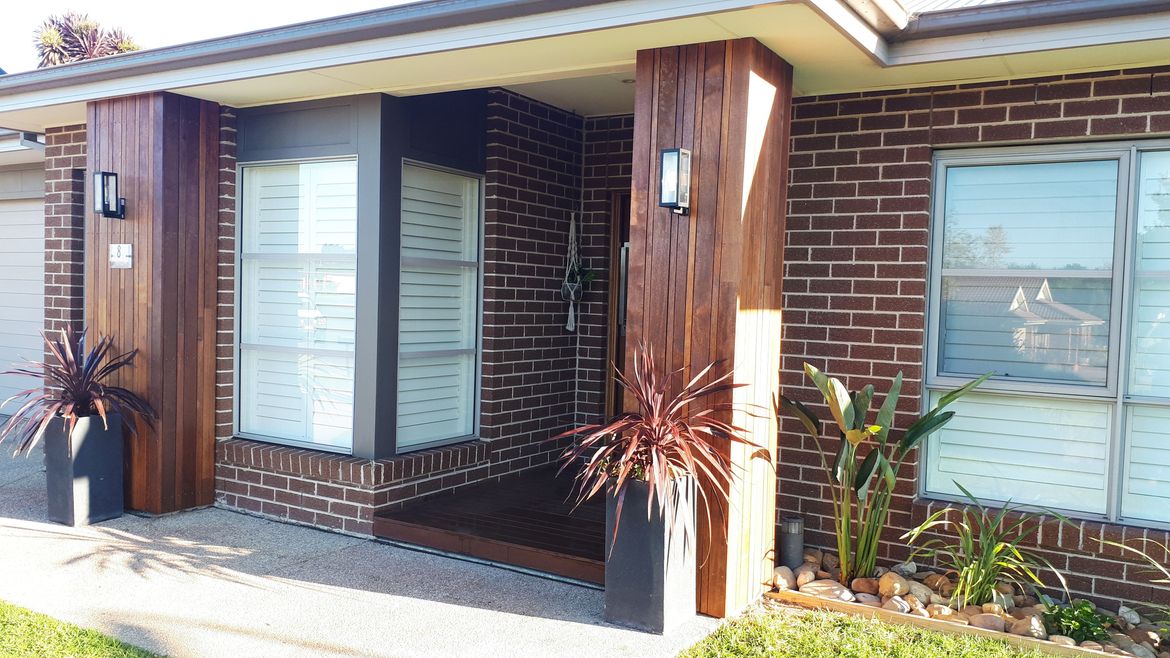 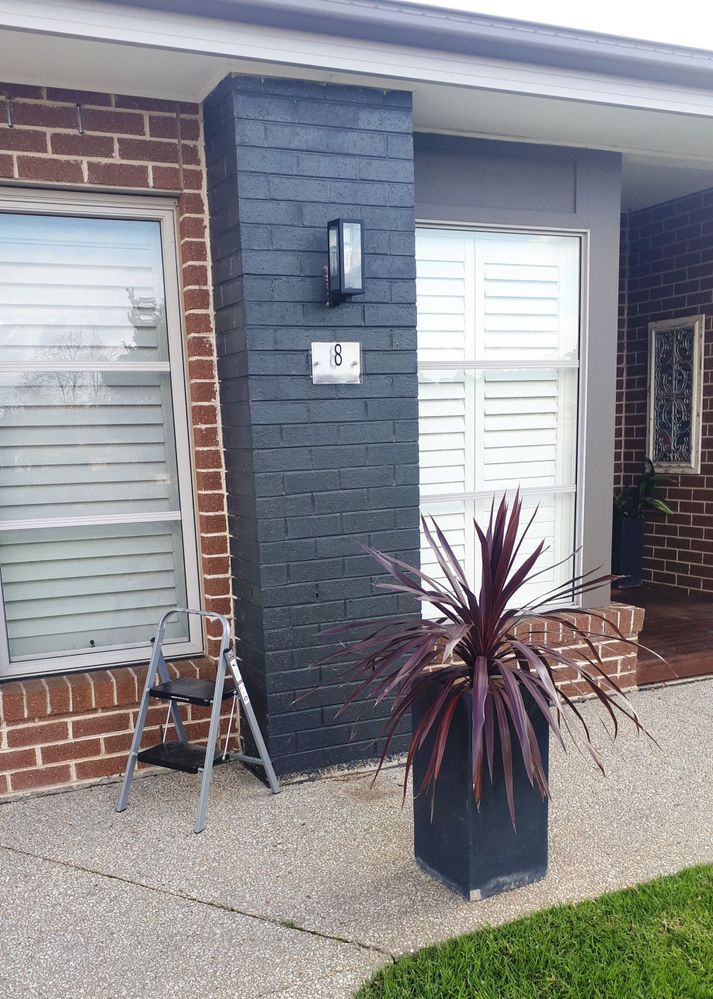 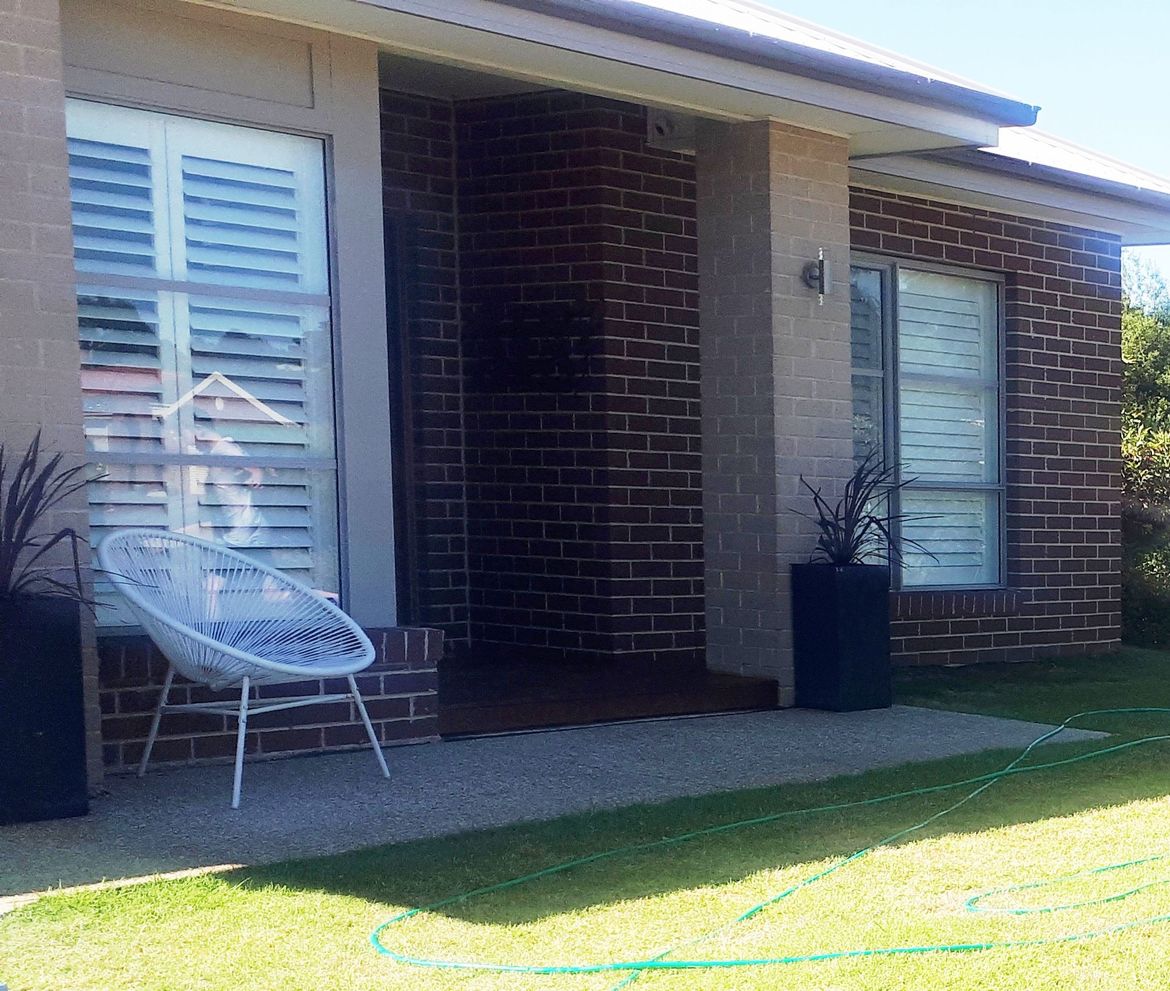 Your project looks very beautiful and I'm sure many people would find that very inspirational..

We wish you every success with your entry..

Thank you for sharing your brick pillar transformation project. It really changed the look of your house entrance and goes so well with your timber door. The natural finish of the Merbau panels has softened that hard brick look and makes the front so much more inviting.

Great idea! Well done @DKG. It reminds me of another clever idea shared by Workshop member @emmajames to improve the look of her verandah posts. It's wonderful to see the creativity that our community has. Thank you so much for sharing.

Let me also extend a very warm welcome to the Bunnings Workshop community. We are really looking forward to reading more about your projects and plans for the house and garden. Don't hesitate to post anytime you have something to share or need a hand. We're here to help.

Thank you very much for your support. I can't wait to share more...

The natural finish of the timber has certainly added to the street appeal, but most importantly it's so inviting and welcoming as you said...