I've had so much trouble with Phalaenopsis Orchids and their upkeep for the past year. I live in Melbourne and it's considerably colder than the more humid states such as QLD or even NSW.

Living in such a cooler climate, I was told to remove the sphagnum moss that majority of orchids are packed in from Thailand. I replanted my orchids in Orchiata bark but since they stopped flowering after Summer 2015 (and having pruned the stems) they've stopped growing entirely (and also have gnats?!).

I'd love to hear of any suggestions for Orchid upkeep in areas of cooler climates.

Welcome to Workshop. It's great to have you join the community. I hope you find this a really useful place for learning and sharing.

I'm sure one of the Workshop community will be able to assist you with your orchids.

Do you keep them inside or outside?

I would imagine they would need to stay indoors from late Autumn to at least early Spring in a spot where they can get some indirect sunlight.

My partner and I keep Cooktown orchids in our sunroom where they are thriving. One of our orchids even threw up 2 extra stems so that we now have a quadruple stem plant.

Our sunroom faces west, catches the afternoon sun and is quite warm all year round. We have removed some of the spagnum moss and potted the plants in clear pots specifically designed for orchids - these pots expose the roots to sunlight. The plants don't need much water but they love a light spritz about once a week.

Hope this helps! Will post some pictures next time I'm home.

@Kermit I keep them indoors 90% in our back bathroom as the window is frosted so it remains sunny in there but not in direct light.

@pjensen We also have them in clear pots but my housemates insist on keeping them in a solid coloured pot as it looks nicer. Our house faces South unfortunately and we don't have any rooms that get substantially warm unless it's a 34C degree day.

After pruning down the stems, the roots have remained a silvery green but at the top of the stems they've turned brown and have showed no signs of sprouting new ones. Another leaf has started to grow though if that's anything?

Many thanks for sharing your experiences @pjensen. It's great to have you as part of the Workshop community. Let me extend a very warm welcome.

I look forward to seeing more of your posts soon.

I would love to see some photos of everyone's orchids. I've had mixed success growing orchids in the past. Always keen to hear more tips from those who have had success.

Really pleased with these! Would still love to see pictures of other orchids that you have grown. 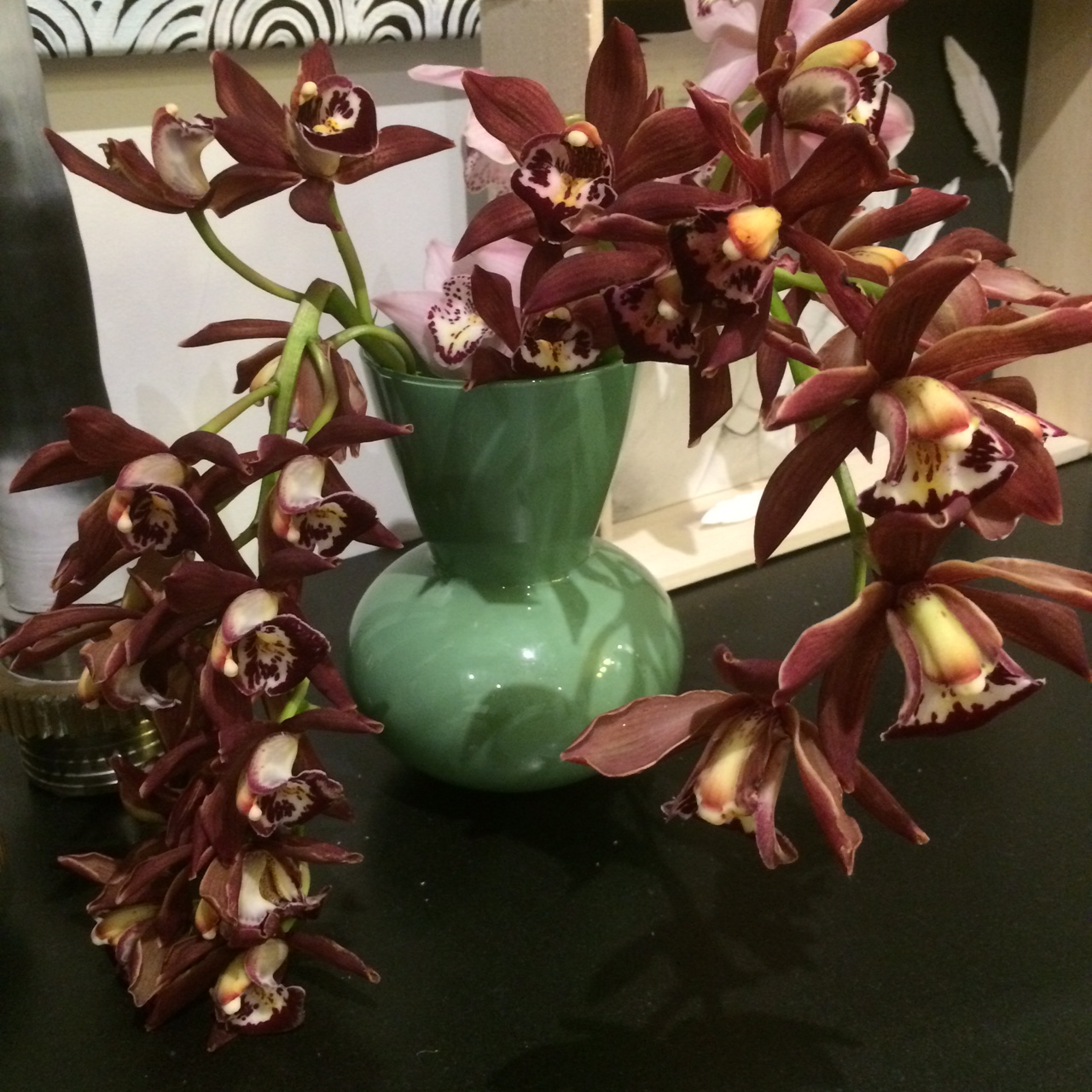 Hi Pocket Rocket. One of the best tips I've ever had on growing Phals is to water them with 3 ice-blocks once a week - less frequently in the cooler weather. This waters them slowly and no leaking out the bottom. Most people over water them. Also they do need some cold weather to re-initiate flowering but only cut back the flowering stem once it has dried out and gone brown. Some varieties will re-bloom on the same stem so don't be too hasty. Because they flower a lot they are hungry so feed them. I know a bloke that reccomends putting liquid fertiliser in the above-mentioned ice blocks but I'd be scared that I'd use the ice blocks in a G&T
Report Inappropriate Content
Message 9 of 17
7,140 Views
Reply
1 Like
Like
Reply
Loading...

I attended a garden workshop today at the Box Hill Bunnings store. The always-knowledgable Ming had some great tips for growing Phalaenopsis Orchids in Melbourne. He said a lot of problems are caused by over watering them, so suggested using a mist bottle to spray them lightly once a day. It's obviously a problem in Melbourne that our summers have a dry heat rather than the humidity that orchids are used to, so the spraying helps keep them moist without over watering. In winter they need very little water at all and obviously to be kept as warm as possible. Anything less than 12-15 degrees and they will suffer. He also showed us dedicated orchid pots which have a lot of holes in the bottom - orchids like air flow.