Well, the Dining Room is finally painted... almost. We had a problem with the wall that used to have wallpaper on it. It seems the glue has reacted to the primer and little cracks are showing up. I feel we need to do a skim coat of plaster to fix it. In the meantime, it looks a million times better than it did.

There are two coats of primer and two coats of paint for each wall. The ceiling wasn't primered. We just did two coats on top of what was there as there wasn't much point primering.

The ceiling is a semi-gloss which is easier to clean and opens the room quite nicely. The walls are a colour called "Minus One" which has a faint grey tinge to it. It's the same colours as what we used in the lounge which creates a nice flow between the two rooms. The colour brings out the Dining Room table, don't you think?

The amount of light coming in through the bay window kind of makes it a little too bright for my liking though. I'm not against it, but I do have issues with bright light. I'll just have to sit with my back to the windows is all. 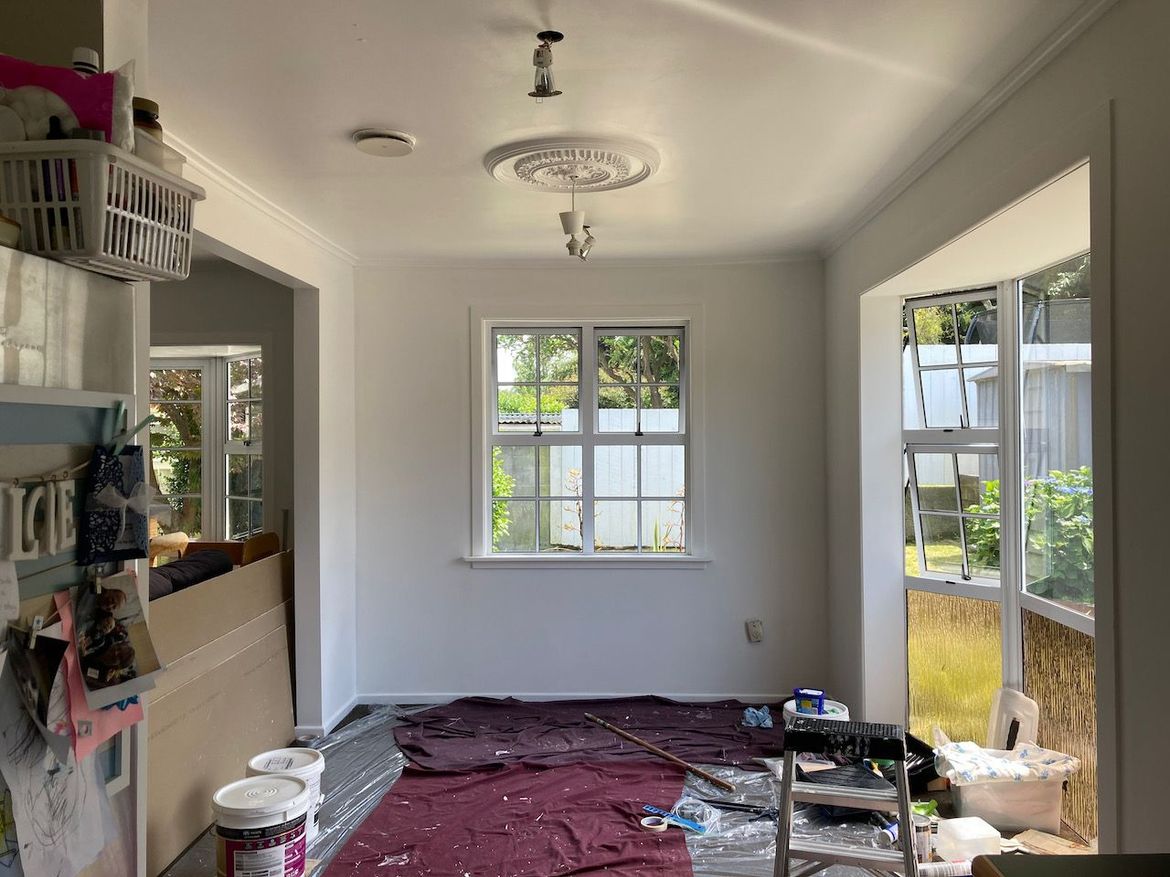 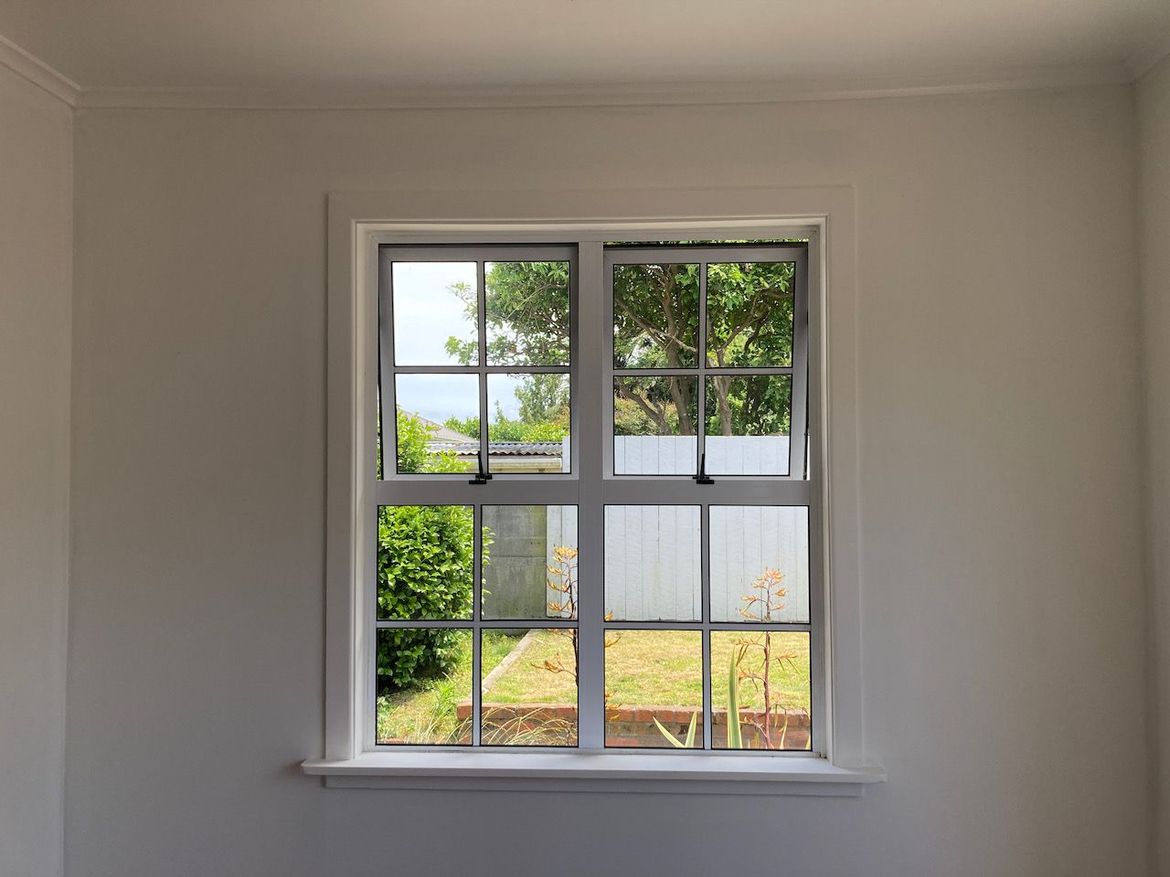 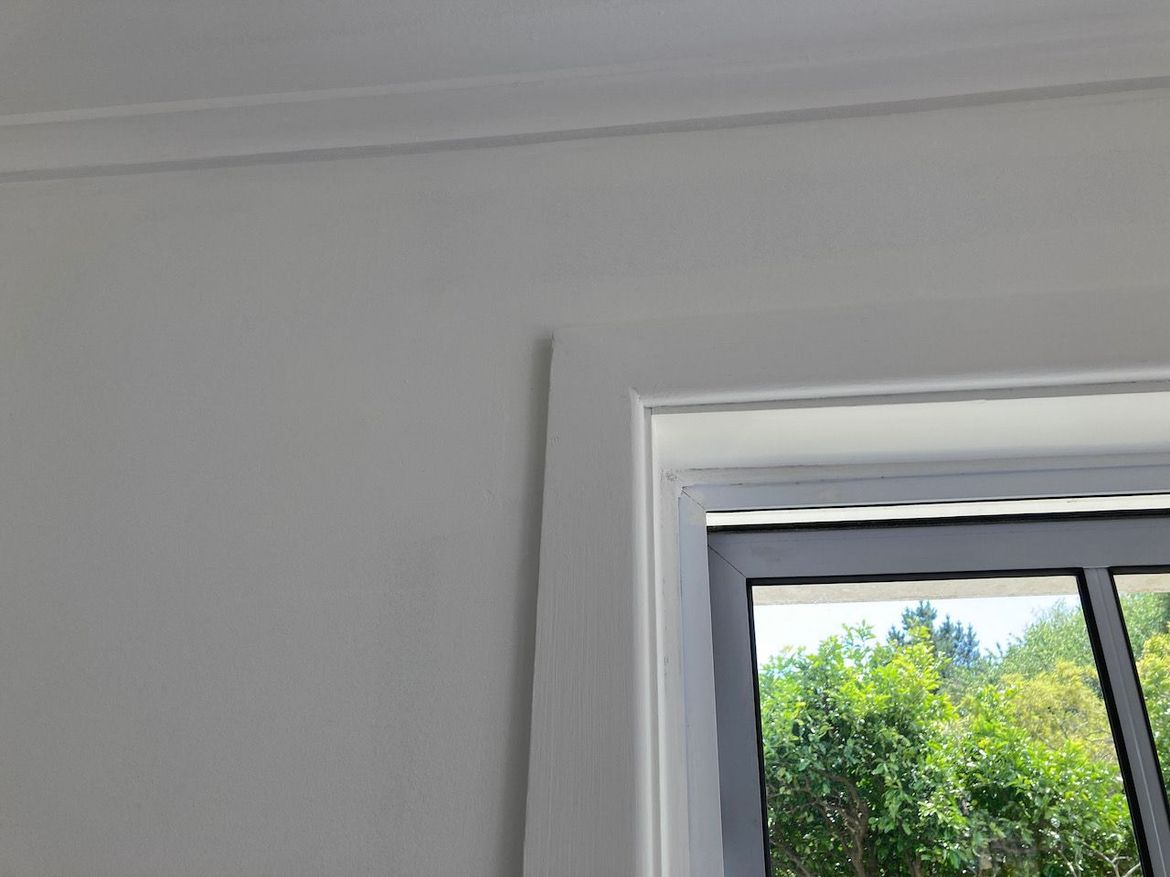 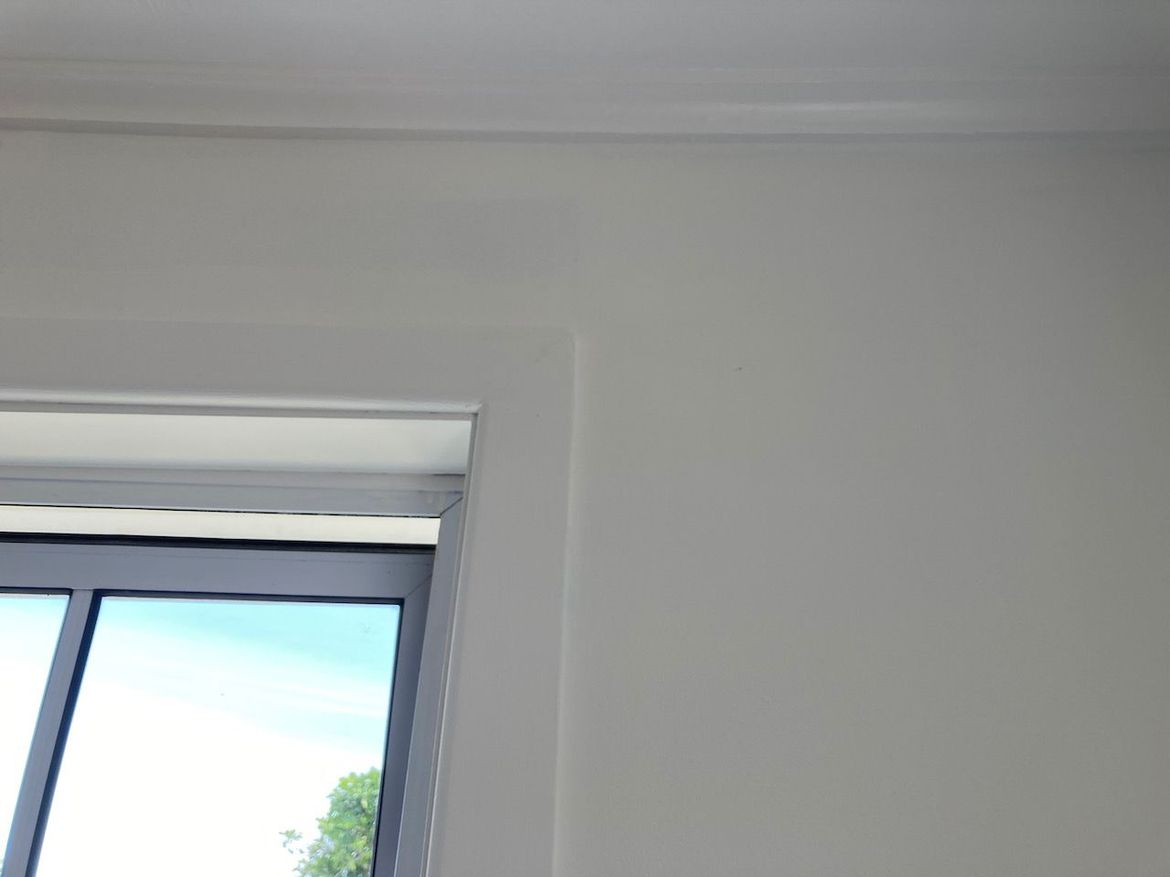 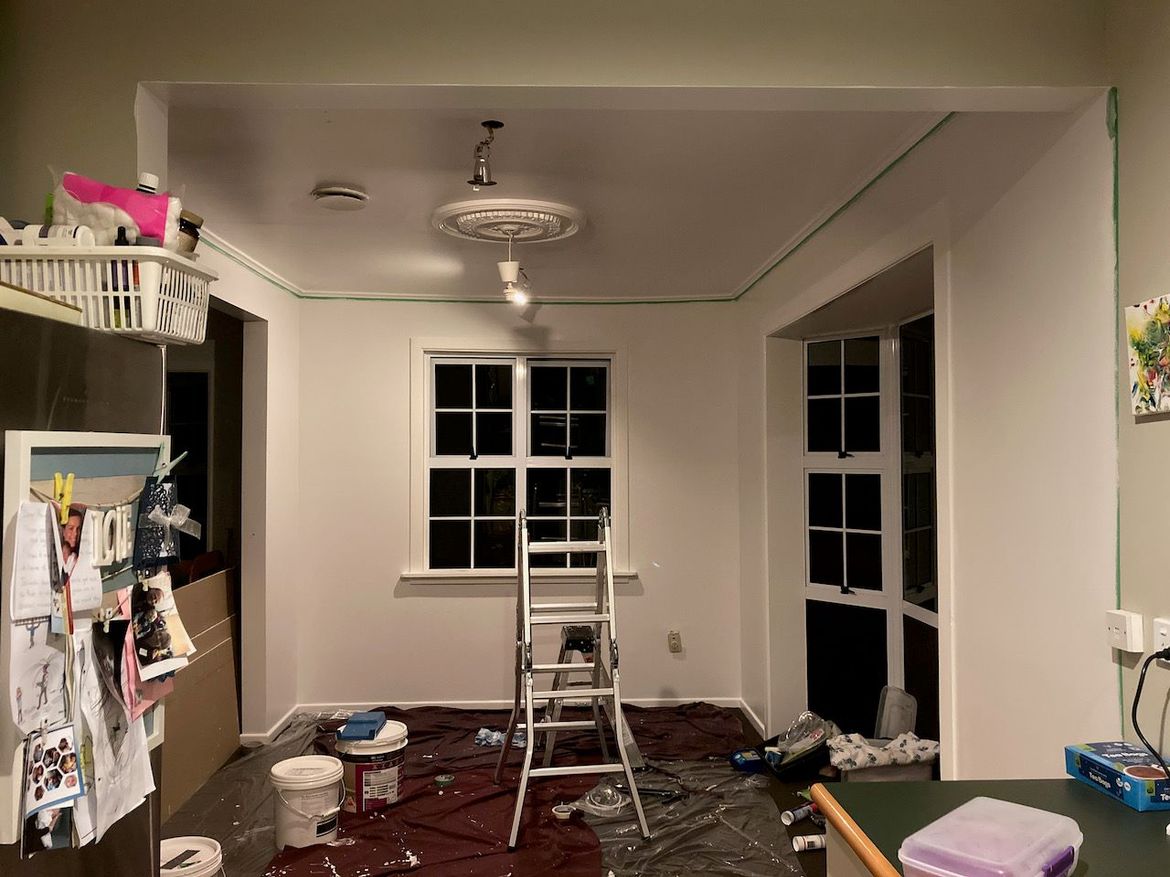 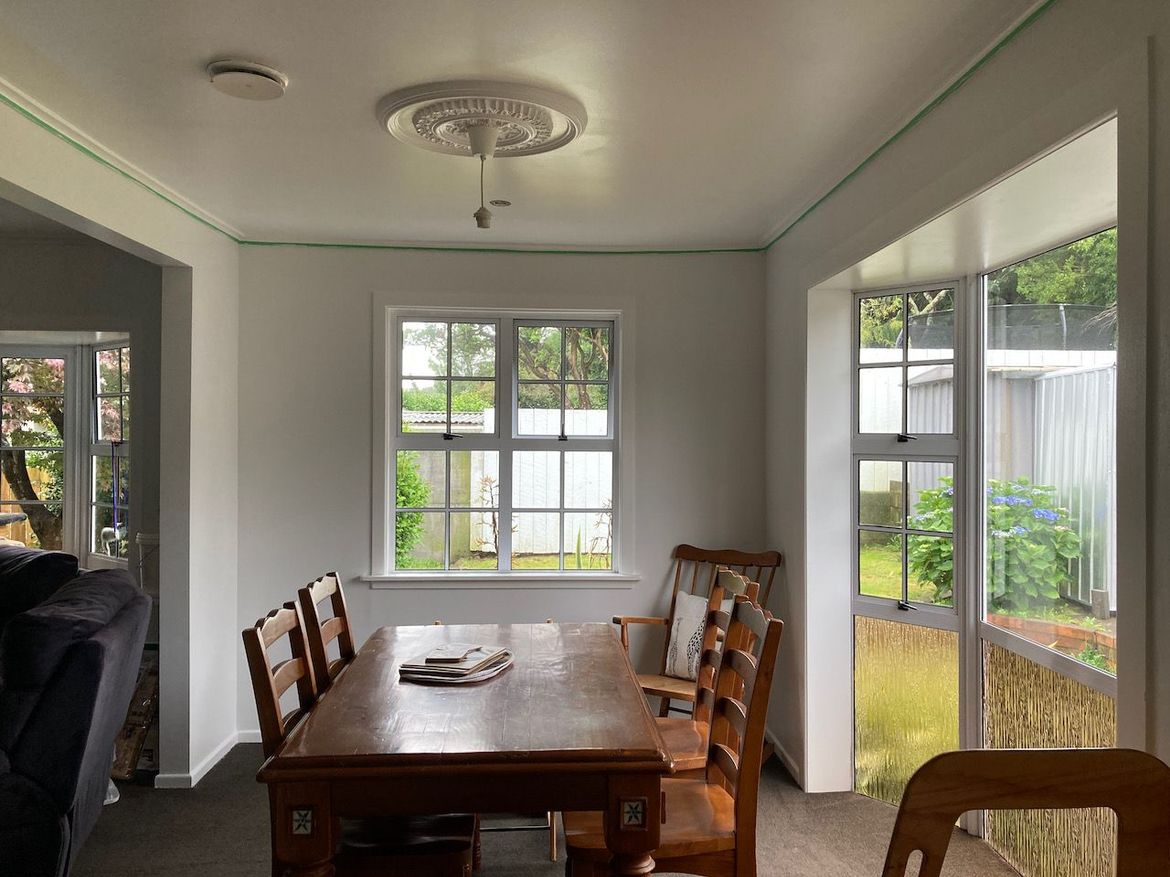 Re: Another room down

Well done @woodenwookie, you're doing great work at the moment.

Let us know if you need a hand with dealing with the cracks.

Re: Another room down

Thanks. I’ve asked a friend, who is a plasterer, and he mentioned that we should only need to try using enamel primer.

A workmate mentioned that we should use the same brand as the wall paint to avoid any reactions.

So I’ll be trying that first.