I built a chicken coop largely out of pallets. I could have knocked something rough together pretty quick but I decided to make something that looked good and would last. I decided to go with an American barnyard sort of look. I currently live in a rental so I had to build it with the fact that one day it will have to be moved in mind. The side panels of the coop can be removed and the front and back are two large doors that can lift off their hinged. The roof lifts off, the nesting box bolts in and the run is two separate pieces. 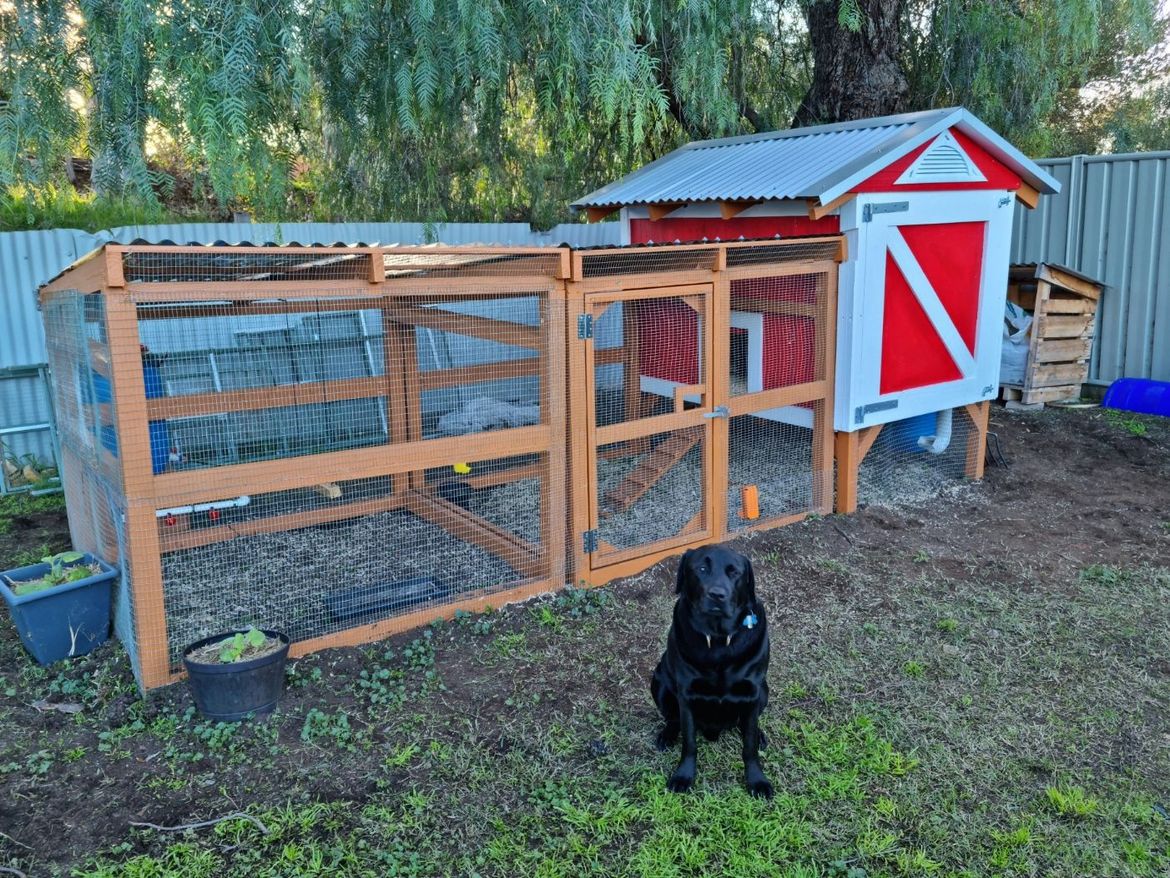 The PVC pipe works as a gravity feeder which the chickens eat from. I can go a few weeks without having to top it up. I found the gable vents at the local recycle yard and painted them white. 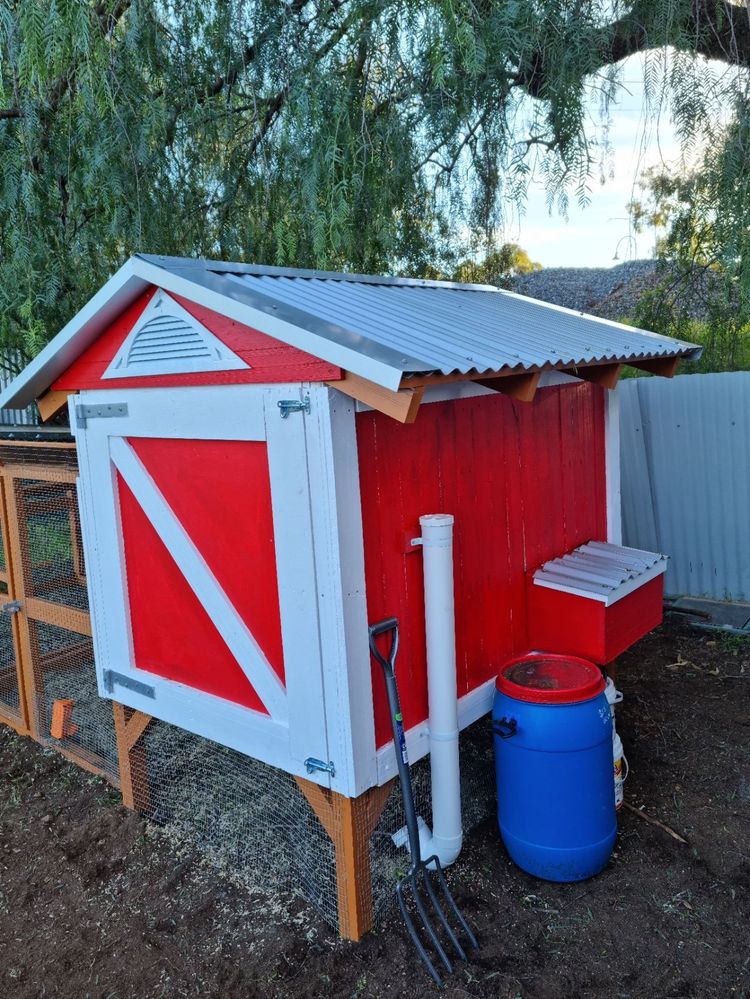 The run is covered by sheets of polycarbonate roofing which also collects rainwater into a makeshift water tank. 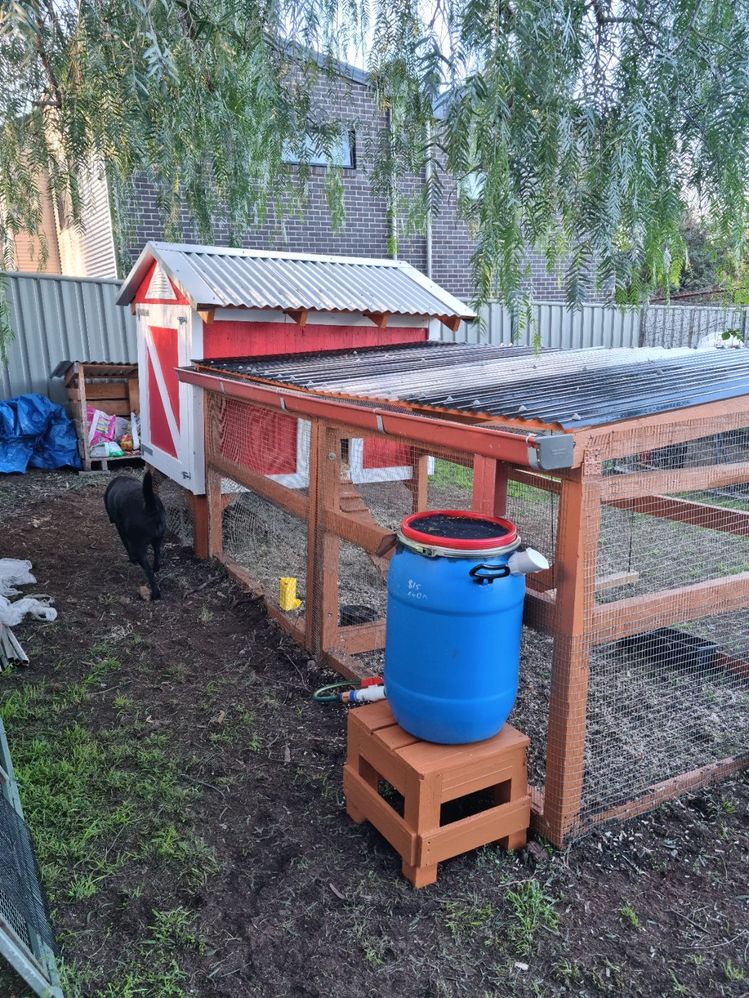 The chickens get their water from gravity drinkers. So far it's stayed full with occasional rain. Hopefully it lasts in summer. 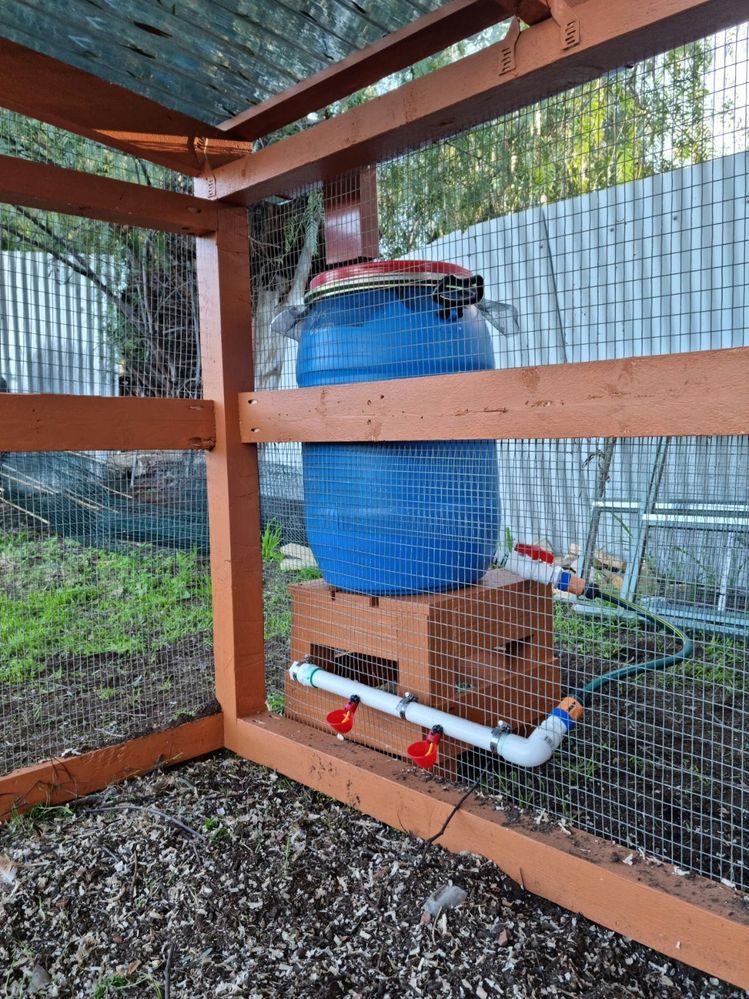 The chickens seem pretty happy with it so far. 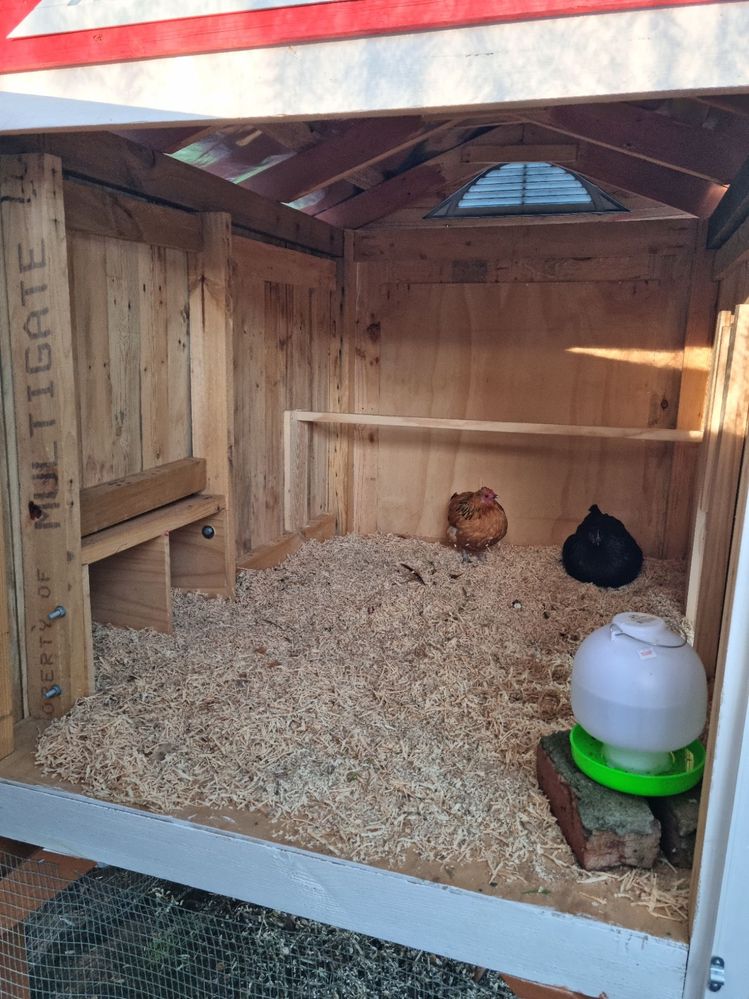 Making something to last is always the right choice @NathanMorrow. And you've built something you should be really proud of (and that I'm sure your girls love!)

Many thanks for sharing plenty of detail and photos. I'm sure this project will prove really inspiring to our community members. We'll have to update our Top Ideas article about chicken coops and nesting boxes to include your creation!

Welcome to the Bunnings Workshop community. Feel free to post anytime you need a hand with a project or have something to share. We have loads of helpful and inspiring members sharing advice and ideas on the site every day. We're glad you have joined us.