I am probably extremely late to this party, however I came across this article, whilst browsing through Facebook and it caught my eye.

I think that these are a great idea and everyone needs a "go to" place for a bit of rest and relaxation or just some "me" time.

Would be interested to see if any ladies out there have jumped on the "She Shed" trend or would like to? What would you put in it if you did have one?

I think I would like a small attic style room will walls filled with shelves of books from top to bottom. There would also have to be cushions and blankets all around. 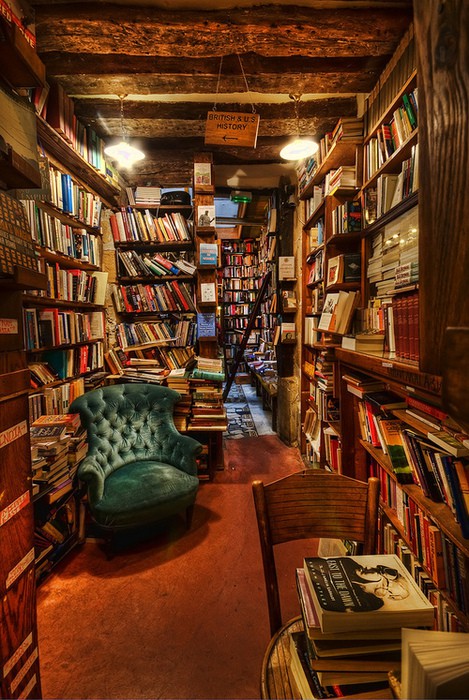 I know @Tracey is a supporter of the 'She Shed'. Do you have one Tracey?

Good morning kaylah_rose.  About my SHE-SHED.   I'm definately late to this party too! I bought my old 70's cabin back in late January - the difference for me is that I LIVE in her ! The poor old girl had been neglected and ignored for some time, but as I posted earlier I have dragged her kicking and screaming into this decade. I have not done all the work myself, but I'm trying.(some people might say'very')  However, when I first came across her, nestled under the gums and close to the river I knew we would be good together - the old sheila and her she-shed

She hasn't disappointed so far but I have to tell you, renovating ain't no place for sissies ! In the last two months, apart from the usual nicks and cuts I have gashed myself with a stanley knife, (6 stitches at Emergency) damaged ligament in my wrist,twisted my ankle(before the steps were installed) and spent numerous evenings trying to evict a possum and too many spiders who thought they had existing tenancy rights ! And now comes 'the deck' - love my She-Shed!! Cheers.

You're getting off lightly, we built in the mid 70s & it's been a relentless money pit ever since. Not only is the ever increaing maintenance to-do items killing me, but my darling wife bought a burnt orange designer cushion the other day. : (

I tell yah, there's no escaping the nightmare.

And you'd better brace yourself if 6 stitches in emergency messes with your day. ; )

This week's Woman's Day magazine has a little article about the growing popularity of she sheds and has a little cedar shed from Bunnings pictured.