Hello there Flash. Happy Birthday !! Now don't you even THINK of going anywhere when there are so many of us here that you could help/advise/inspire/support in so many areas of DIY !! Please tell us about your areas of experience. What do you enjoy about DIY ? Do you prefer working with timbers or are you more of an 'on the tools' man? Are you in the city or the bush? Welcome - from another newbie. 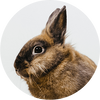 I JUST GOTTA PIPE IN .... what's this thing with age..... I just turned 69 and had 2 days to 'clelebrate'.... We're alive and still kicking at whatever capacity....physically, but can still give everyone a good run for their money mental wise and vocal cords.

No I dont sing, play any musical instruments,,, hate motor bikes.... think they are beautiful machines and look awesome going down the road, but I wouldnt get on one, made one exception when younger when one of my surrogate sons bought a bike and was so proud of it, think it was a Suzuki - not high powered stuff, but it took a lot of cagoling to get me on the back - with the promise to only go round the block and only left hand turns....... Couldnt break his heart - he was so excited... until 3 seconds later when I nearly cut him in half by gripping too hard, LOL at the memory, Needless to say we went round the block twice, he as proud as punch and me aging 100 years.

I survived but never again..... but sportscars is another thing, the other half loved them, have to admit they were great to drive, MGBs, Alpines, Jag, Lotus.... Thats my claim to fame and of course my daughter and 2 grandchildren..

Hope the stairs worked well, and "Trying" enjoyed the birthday wishes.. and the music keeps playing...

Right on Janina, in a sense, I'm enjoying getting older, it keeps me on my toes.

Sure I can't do things the way I did when younger, but I wouldn't want to. The way I did things then was wreckless & foolhardy, whereas now, I nut out how to get it done sensibly, with little to no risk of setting myself up for injury.

It really works for my darling wife, she's free to head out & do as she pleases, without the fear or guilt of me injuring myself in her absence.

I'm extraordinarily lucky in that as a couple, love & happiness comes first, caring for & helping others ranks right up there, being a good listener gets noticed, plus we have what we need & love everything that we have.

Do I wish that I were 40 years younger, chasing the dream, racking up brownie points with the jetsetters & the crippling financial deficit that's become with it?

Though I am fortuante to have good health,  probably cause we were bought up in an era where we grew our own produce, and learnt to socialise,  grow a backbone, and be responsible.

Probably wasnt too stupid when I was younger,  was alway told I was born in wrong century,  But was never into the extra wild and stupid,  I had enough or more than enough fun and mischief just being ordinary.

Also being given diagnosed with a rare autoimmune condition which gave me a 50% more chance of dying than others at the sweet age of 23 with a daughter aged 3 -  you suddenly look at the world with different eyes.

Did I do stupid things and make stupid choice,  many times,  but looking back I would still make those choice because I would still only have the knowledge then that i had then.

Needless to say I was fortunate never to have a fatabl episode,  but the restriction were Hilarious, no pregnancy, no pill, no alcohol, no sun, no medications that contained barbituarate or sulphonomides,  no ccidents that required surgery and no surgery ....  wasnt much left to do in Australia.....LOL.   but I made it, and was able to go in the sun, and occassionly drink alcohol, so all was not lost.

But I think the active lifestyle of my work and play, kept me young, physically and mentally I am stil teachin conversation English to overseas students or working holiday visa holders,  so my house is often full of young people,  though now I find I need a weeks break after a solid month as it is now so mentall, physcally and emtionally draining, to be alert all the time,  not just the English,  but the cultural differences etc....  Some have never seen grass, let alone a green hill or paddock,  or get over the shock the we can own our land and pass it into our children...

But I think it all help to keep you younger physically and mentally and bring some unexpected spartkle into life....

The Chinese Hols are June-July so my house is full,  then I think I am taking up a friends offer to go stay with her for a week in Malaysia as she is a wiz at getting cheap fares,

Got here early June and the return far from Singapor to Meloburne about $700 and they will be awesom,  Havent been to Malaysia yet.

Now to stop taking, and check you post, to see how far off track I have gone.

I also agree with love & happiness  you got all you need, they rest will come -

Also finding something to be thankful for each day has a positive impact on life.

Cant understand why so many complain about life,  dont know what they are comparing it to??? dead?????  I prefer life as long as possible... no matter the crap we get every now and then...

Have a great weekend and think of me with my bathroom still not finished.  and 2 students on the way.....  guess they will learn about living a little rough and touch in the back stick of Victoria....LOL

Agree with all you say, health isn't a given, & life can take a turn for the worse, but that's life. How we deal with it, is what makes a world of difference.

It irritates me too, when people in good situations, still find plenty to whinge about. We've all got plenty to be thankful for.

I wake every morning to a good day, & set out to make the most of it.

Well that wraps up another great day, time for me to bed down for the night. : )

iTS AMAZING HOW MANY SIMPLE PLEASURE PEOPLE MISS OUT ON,  waiting for the big one.

From little things big things grow -  I plaguerised it.

And it is time to go to bed for me..  I go so far behind with my causal work,  I decided to catch,  now its all down and Im a few dollars richer,

Hi Ho, Hi Ho,  Its off to bed I go with thanks to whoever invented the electric blanket..

Now all I would like it the Japanese type electric floor mats,  beautiful heat and inexpensive.

Sweet dreams to me and you and yours 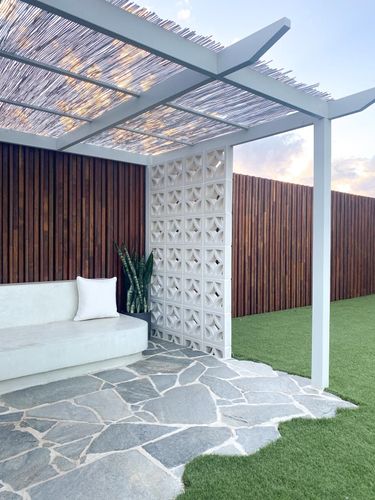