While everyone loves open plan kitchens, in recent years butler's pantries have been growing in popularity.

Butler’s pantries are not only a place to store food, they also serve as an additional workspace, with extra benchspace to prepare food, store appliances. Many even have dishwashers, fridges and sinks.

Some people love the fact that their butler's pantry can help keep their kitchen pristine and clutter-free, especially when entertaining guests. But others hate the idea of working in a cupboard.

Let us know what you think by participating in our latest poll and replying to the discussion below. You can add your vote on the Workshop front page.

No thanks. It seems silly to have two kitchens - it would add significant expense that could be better used elsewhere. And I wouldn't want to be locked away from everyone else. What makes open plan kitchens so lovely is that you can be cooking but still interacting with friends and family.

I agree with Isobel. I've always looked at butler's pantries on renovation shows and wondered just how much people actually use them. To me they just don't seem worth it. I'd rather an open kitchen and huge pantry.
Report Inappropriate Content
Message 3 of 17
5,823 Views
Reply
0 Likes
Like
Reply
Loading...

@Jason, having guests sipping champagne & dressed to the 9s, while I'm wearing an apron, & making a mess of the kitchen (which is what happens in real kitchens), doesn't seem like the epitome of hosting to me.

In the time poor era that we live in now, I would've thought that the Butler's Pantry would be a Godsend.

I'm picturing an entertainer planning their day around family, readying the home for the big event, prepping the food, synchronising cooking times, ensuring that the family'll be presentable in time, & cutting it fine for themselves to be ready. I think it'd be awesome having your iPhone alert you when the meal's cooked while guests are present, then walikng through the handsfree, self closing door, retrieving the feast from the oven, & again passing through the door that self-shuts behind you. OK, so where are you going to put it? On the open area island bench, ready to portion it out with dignity, & for all to salivate.

Oh, I nearly forgot, the working kitchen can be cleaned the next day, rather than chewing into the already busy schedule of the day.

Maybe I've seen too much pretence on the Grand Design series, there's one that still haunts me. She had 4 matching Miele wall ovens, because she adored symmetry, but her chandelier extraction fan had me close to kicking the TV screen.

I agree with @Andy_Mann. We're thinking of renovating our kitchen and working on adding a butler's pantry. It's something that I've always (since I found out such a thing existed) wanted.

I think it's a brilliant way to add extra bench space, and store appliances and perfect for hiding away clutter when entertaining.

The challenge for us has been to find enough space for it. So we've decided to have a combined laundry + butler's pantry!! As far as I'm concerned it's going to be a butler's pantry with the washing machine and the dryer tucked under the workbench.

Well done @Suja, including a washing machine in the Butler's Pantry is a brilliant idea. Water supply & drainge are already available, so are electrics, so it's just a matter of tapping into them, rather that having to pay professionals for expensive service runs.

What gets me with trendy kitchens, is that it's the buzz to have top of the range appliances to show off, like Kitchen Aid mixers, Thermomixs, & inbuilt Gaggenau fridges, but then they pay exorbitant prices for custom/discreet cabinetry, to hide them.

We certainly don't regret removing our laundry as part of our renovation and reclaiming the space. Just make sure you get a nice quiet washing machine!

You can see pictures in this discussion of what we did.

While butler's pantries are growing in popularity, the Workshop community is split as to whether they are a good idea.

Just over half of community members thought that separate butler's pantries are a good idea for creating extra space and hiding mess and clutter, while 44 per cent said it wasn't for them.

Many thanks for participating in the poll. Please keep the discussion going by replying below.

The "experts" agree with me!

In my recent build, I have a walk in pantry (what was called a 'Butlers Pantry') however it is just shelves on either side of the room. I love to cook, so I wanted a pantry that had plenty of space to keep all my Tupperware and perhaps include a small bar fridge for alcoholic beverages instead of in the main fridge.

It never appealed to me to have a sink in there for washing dishes and I probably would never prepare food in there. However I would prefer a bench with cupboard above and below instead of what was built in. We might change it around in future to do this, but for now I'm happy with the shelves.
Report Inappropriate Content
Message 10 of 17
5,568 Views
Reply
1 Like
Like
Reply
Loading... 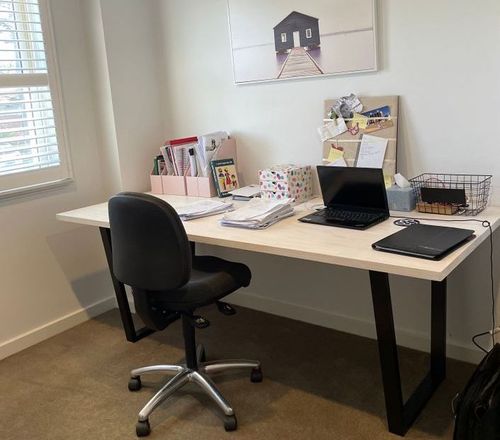