Out of the darkness

After years of frustrating illness and injury resulting in debilitating depression, Workshop member Wayne started making a bird feeder for the backyard. Newly retired, Wayne hadn’t done woodworking since high school, but was looking for “an avenue of interest to help bring me out of that dark existence”.

Woodworking is now Wayne’s passion. When asked what he loves about his hobby, Wayne says “everything”.

“(I love) the beauty of wood itself – the grain, the smell, the texture and the amazing things you can create with it,” he gushes. “Many a species of timber can be out in the weather for years yet be brought back to new with a plane and sanding.”

Now in his sixties, Wayne has two adult children and is retired from working as a communications technician. He spends a lot of time on the computer learning woodworking techniques and browsing online classifieds and auctions for bargains. Wayne is also often drawing new projects for the CNC router engraving and carving machine he bought last year.

As shown by the impressive collection of projects he has shared with the Workshop community, Wayne also spends plenty of time working in his shed. “I try to get out there as much as I can but am limited a bit with standing for long periods of time and prolonged physical activity,” he explains. “I usually have a number of things on the go and can balance the work between sitting and standing.”

All sorts of woodworking

Apart from woodworking at high school, Wayne is self-taught. “I came across the website and YouTube channel of Steve Ramsay – Woodworking for Mere Mortals,” he says. “He would create a new woodworking project each week and have a video tutorial on how to build it and usually PDF downloadable free plans as well. There are tons of woodworking YouTube channels out there but this guy was funny and made things with basic to intermediate tools.

“I was hooked then, hanging out for each Friday to see what this week’s project was going to be.  Progressively I began watching all sorts of woodworking and realised that I needed more and better tools.”

Wayne joined the Workshop community after receiving an email invitation. “I really liked the concept,” he says. “I love to see other people’s accomplishments and I could quickly see the probability of learning lots of D.I.Y. information in all sorts of fields – gardening, plumbing, plastering, landscaping and general maintenance. I also saw it as an avenue of showing some of my work and perhaps helping others with some of my knowledge. What a fantastic medium the internet is for forming friendships and sharing ideas.”

The best D.I.Y. advice Wayne has received is “preparation is everything”. “Don’t cut corners to finish a job more quickly, it will always show in the end result,” he advises. “And of course measure twice, cut once. But I will add to this, make sure you have the correct measurement in the first place. Many a time I have started putting something together only to realise I stuffed up along the line using the wrong measurement!”

Wayne also advises patience, especially when you hit a problem. “I have put projects aside (sometimes for weeks) while pondering how to best get around the snag,” he admits. “Often snags arise when you are working from a plan in your head and you discover that the method you chose to do will not work.”

While admitting that he loves compliments about his handiwork, Wayne says he also enjoys helping others on Workshop to challenge himself and enhance his own knowledge. “The gallery is awesome as well, providing lots of ideas (or dreams). You sometimes feel the exhilaration that person must have felt when achieving their own project.”

Wayne’s real workshop at home is an iron shed measuring six by four metres which he has clad and made other additions to. “It has a lift-up main door and a side entrance single door,” Wayne says. “I am using the undercover carport for storage of less used machines, timber and other stuff, and there is also a side extension to that carport where I have my sliding compound mitre saw station, timber storage racks and large benches with timber and odds and ends. I wish I had a bigger workshop!”

One of Wayne's most popular projects: a drill charging station.

His most used tool in the shed is his table saw. “I have an air compressor and I use this all the time as well, whether just for blowing off dust after sanding or using a brad nailer. My favourite tool would have to be my CNC Router, it has been a massive learning curve (and still is) but the capabilities are mind-boggling and I am becoming more and more adept at using it.”

When in Bunnings, Wayne says he spends most time either in the tool shop or the timber finishing area looking at varnishes, stains and oils. Years ago Wayne worked in retail himself – he was a manager of an electrical store. He would later “chuck it in” to start his own lawn mowing and gardening business so that he could enjoy more time with his kids.

Wayne has enjoyed all of the diverse projects he has completed in recent years, and has noticed that his skills have improved. “Almost everything I have made has been from repurposed timber or a combination of used and new timber,” he adds.

“My most treasured project was more from an emotional point of view. A dear friend of mine in Atlanta, Georgia lost her mum due to illness and she wanted something to display some memorabilia on a coffee table in memory of her mother. I made a small display case with an acrylic panel and a felt lined drawer entirely out of dark walnut. I achieved things way above my skill level! I am not a religious person but I think God was behind me all the way on that one.”

Upcoming projects include a lighthouse and a windmill for the garden, as well as something a little more unusual. “I have always been intrigued by a rounded top pirate’s chest featuring leather and wrought iron trim,” confesses Wayne. “I will get to that one day.”

Thanks for sharing your story @Wayne. Stay well.

Thank you Wayne for sharing your challenges with us.

Your very positive "can do" approach is very encouraging to many others.

Great story Wayne, finally got time to read it, had just skimmed before! Love your storage for battery tools, our are all over the place & your display case with draw, a wonderful idea, can keep memories in drawer for easy viewing, all my family things are in boxes.

Those interested in Wayne's amazing workshop should check out his video tour here - https://www.workshop.com.au/t5/Outdoor-Living/My-Humble-Workshop-quot-The-Shed-quot/m-p/16914

Thanks again for sharing @Wayne.

keen to see the windmill project

It's great to have you join us and I'm sure others would also be interested to see the windmill project. Let me mention @Wayne to see if he was able to complete the project.

You might be interested in having a look at the homemade windmill that @Shannon created and the amazing whirly-gig creations like the mustang windmill that @Madmoggy builds.

We look forward to hearing all about the projects around your house and garden and encourage you to let us know if you ever need a hand with them or if you have something to share with the community. I trust you'll find loads of inspiration from our members as they contribute their creative ideas and plans here all the time. 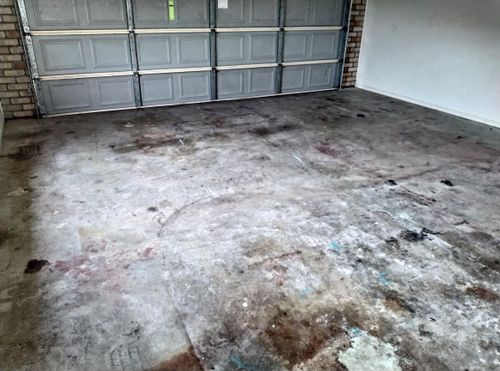