Sharing generations of knowledge and experience

A third-generation tradesman, Workshop member Brad lives in an Adelaide house partially built by his grandfather which his parents moved into back in 1955.

“My grandfather would always give presents of junior tools and he imported the lathe that my father taught me to use,” Brad says. “I now understand why my father spent so much time in the shed once he retired. There is a sense of accomplishment in making something rather than paying someone else.” 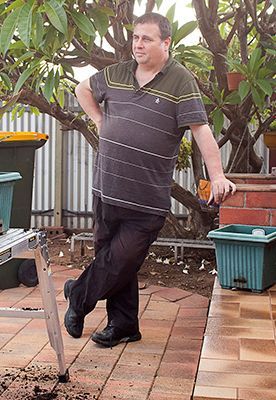 Brad has a wide variety of D.I.Y. skills.

Brad’s career began as an apprentice welder in a training centre, which also gave the basics of many other trades. He has since worked in a variety of roles, including as a fitter and turner, electrician, storeman, hardware salesman, paint mixer, education officer and technical officer.

Brad has used his knowledge and experience to do lots of work in and around the family home, and is most pleased with the front gates as an example of his welding skills. “They could do with a repaint now though,” Brad smiles.

Other projects currently on the to-do list include a new floating floor and a pond area. “I also have the old bird-room to convert over to fish with more creature comforts and less shed-looking,” Brad adds.

Brad used to spend a lot of his leisure time breeding and showing birds, mostly parrots, and was heavily involved in local clubs. Now he has moved onto fish “and the plants that go with them”.

He also enjoys watching sports like football and cricket, as well as firing up the barbecue, smoker and pizza oven. “I also spend too much time playing Forge of Empires,” he admits.

Brad’s workshop at home is a galvanised shed with a tilt-a-door. “It holds three generations of trash and treasure,” Brad laughs. 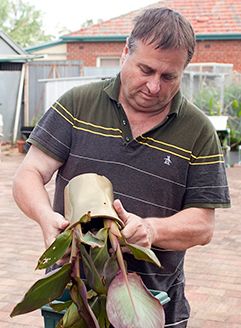 Brad is always happy to help others.

“It includes a Myford lathe on its third owner, a CIG welder, drill press, cutoff saw, mitre saw, a huge scary circular saw, and an even more scary table saw that my father made from a washing machine motor and a welding bench. ‘Til the next clean out I also have a platform and saw horse table to use.”

Brad says the sturdy British lathe remains one of his favourite tools. “It got me lots of work that I wasn’t really qualified for,” he says.

“Every welder also has a love/hate relationship with the Bosch 230mm angle grinder. It’s heavy and loud but I would never give it up.

Since he joined the Workshop community in June last year, Brad has generously helped countless other members with his down-to-earth advice. Surprisingly, he took up the invitation to join the community because “I thought I might learn something.”

When Brad gets stuck on a project, he typically has a “look around Bunnings web pages, Workshop, Google and a trip to a store.”

And when in a Bunnings Warehouse, Brad usually spends most time in the tool shop. “I think power tools edge out flooring and garden. I could do with some more Bosch Blue...”