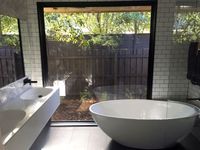 'We have the worst bathroom in the world,' Na says.

But because she's trying to talk and brush her teeth at the same time it sounds more like 'weavezewersebarfroominvaworlve'.

OK, maybe ‘worst’ is a slight exaggeration. The worst would be completely decrepit, not working and falling down, a take-your-life-in-your-hands-every-time-you-take-a-shower kind of bathroom. Ours isn't nearly that bad, it is functional after all. But it sure is ugly.

When we first moved in it was the worst room in a house that reeked of crimes against interiors. Pink walls, a pink bath, grey and pink tiles and a laminate vanity that even the 1970s would have rejected. Here, look at it.

Inspired by watching every season of Selling Houses Australia we did a cosmetic reno - changed the tapware, updated the lighting, sprayed the tiles, painted the walls and replaced the stick-on vinyl floor tiles with basic porcelain ones. Shaynna would have been proud.

And for a while that was fine. But then things started to change. The spray-on surface started to lift and our two small children (Maddy is five and Ava is almost three) delighted in peeling it off during bath time. Fun! Even our dogs, Sid and Bella, got in on the act by scratching some of the paint off the tiles. And now it looks completely crap.

That was almost four years ago when we first moved to our renovator in Somers.

Somers clings to the south-eastern tip of Victoria’s Mornington Peninsula. It’s a quiet town - there’s the General Store, Post Office, a primary school, a kindergarten, the Lord Somers Camp and, well, that’s about it. If you walk down to the beach you can look across Western Port Bay to Phillip Island.

I’ve always thought that Somers was a very apt name for a coastal town; almost a little too perfect. Turns out though that it wasn’t someone in the council planning office trying to be a bit clever but it was named after a past governor of Victoria who established the Lord Somers Camp. Thank you, Wikipedia.

Some consider this to be the unfashionable side of the peninsula - it definitely isn’t Sorrento or Rye, but then it’s not Capel Sound either (Google it) - but we love it because it’s quiet and largely undiscovered.

Somers is made up of an odd mix of houses. Some are classic beach shacks that look like they were built over a series of weekends, others are Hamptons-inspired retreats that wouldn’t look out of place in Portsea, while other houses look like they belong on Ramsay Street.

Our house is one of the latter. It’s a late-50s cream brick veneer house that would look perfectly at home in any suburb - there are thousands just like it throughout Melbourne. There’s probably one on your street. Here’s a picture of it. 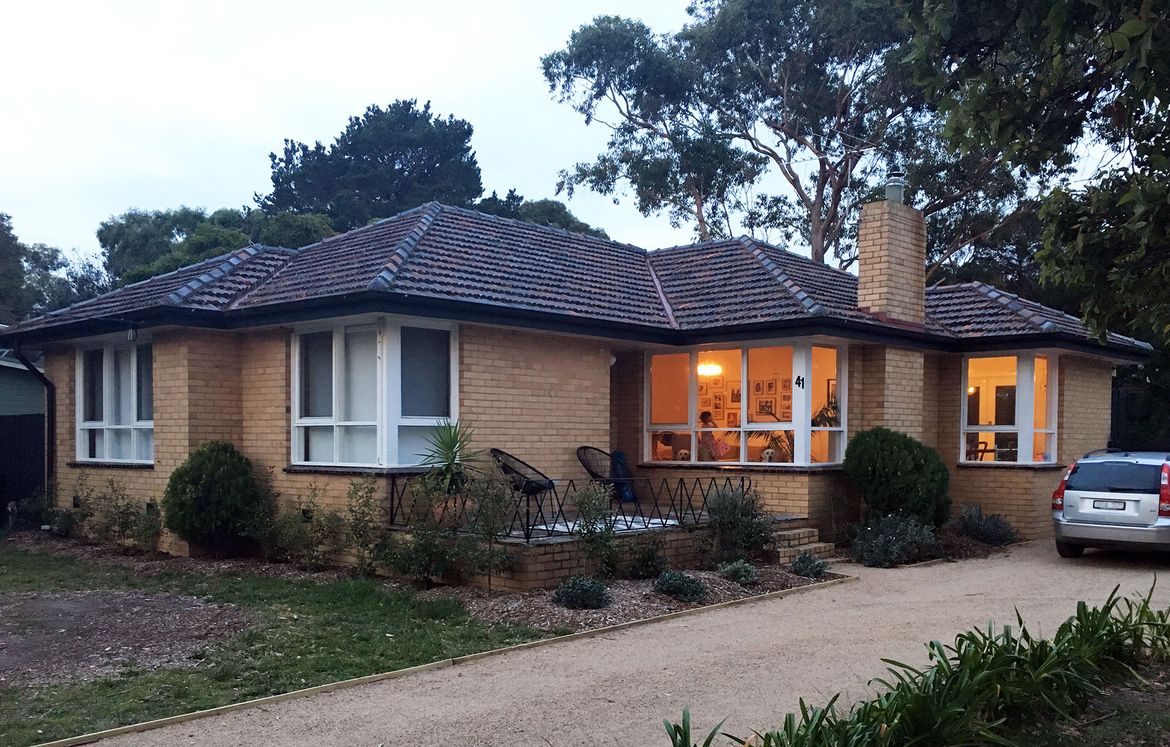 Since moving here in mid-2013 we have renovated pretty much the entire place. We painted every wall, steamed off the colonial bush scene wallpaper (what was even stranger than the design was the decision of which walls to hang it on, random to say the least) and the chicken wallpaper in the kitchen. Next, we ripped up the green carpet and polished the beautiful floorboards that were hidden beneath. We knocked a wall out between the kitchen and dining room, windows have since become doors, and our kitchen and dining room now look out onto a large deck. 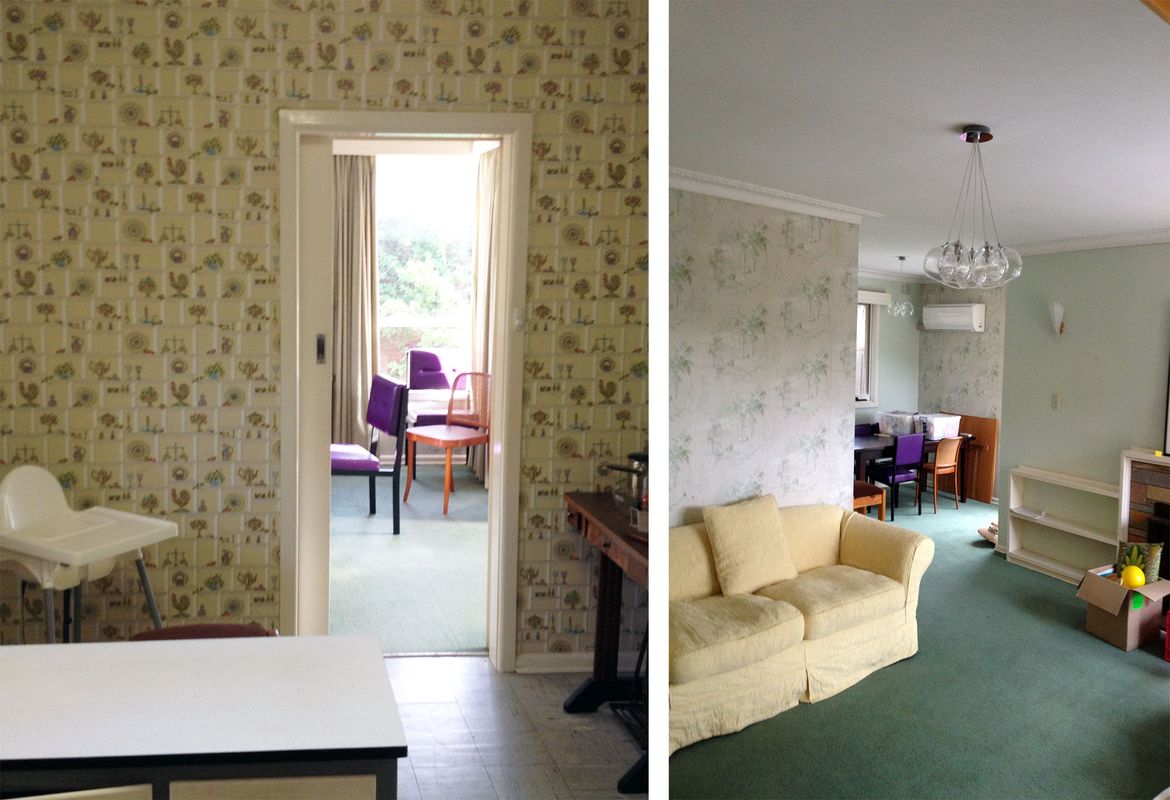 On weekends our two girls cut laps around the deck on their scooters like its Chapel Street on a Friday night, while our dogs laze happily in the sun, keeping one eye open in case one of the girls zigs when she should have zagged.

It’s not the kind of house you’ll ever see featured in a magazine - ‘Startling beachside renovation’. No, this house is a piece of suburbia that took a wrong turn and never bothered finding its way back.

It’s taken a lot of weekends, holidays and evenings but finally the inside is taking shape, the tide has turned in the battle against the ugly. And emerging from the wreckage is a space that our family feels connected to and is proud to call home. We’ve worked together to complete as much of the work as our limited DIY skills have allowed us to, we’ve argued about light fittings and paint colours and come out the other side. Now as our renovation journey nears its end there’s just one room left, the bathroom - AKA the worst room in our home.

So my wife, Na, and I made the call - the bathroom has to go. We’ve decided on a full reno, a total gut job. This is the diary of our bathroom renovation.

Love your house @Darren. It's very similar to ours and exactly the same era. They are usually very well built and have great bones for renovation.

I'm really looking forward to seeing what you do with your bathroom, especially if every installment of your diary is as entertaining as this one. You might remember that we couldn't bare to lose most of the retro features of our classic bathroom, but I can understand the desire to start afresh. A pink bath is certainly not for everyone!

Good luck with the project. I'm sure community members will be more than happy to provide advice and suggestions along the way.

Looking forward to the next chapter in your renovation diary. It looks like a lovely home.

Day 1: Out with the asbestos
One of the pitfalls with a house built pre-1990 is getting to play a bit of 'find the asbestos'. We removed a ton of the stuff from beneath the flooring in our back room, an extension that was added to the house in the 1980s. Back then asbestos was as popular as hair metal bands and just as offensive. Luckily for us there wasn't a lot but we still needed to call in the professionals to get it out safely and dispose of it correctly. Once that was done our builder got stuck into some demo, pics posted below.
Also, while our main bathroom is being demolished and rebuilt, we're using our second tiny bathroom, which I recently updated and posted about here. 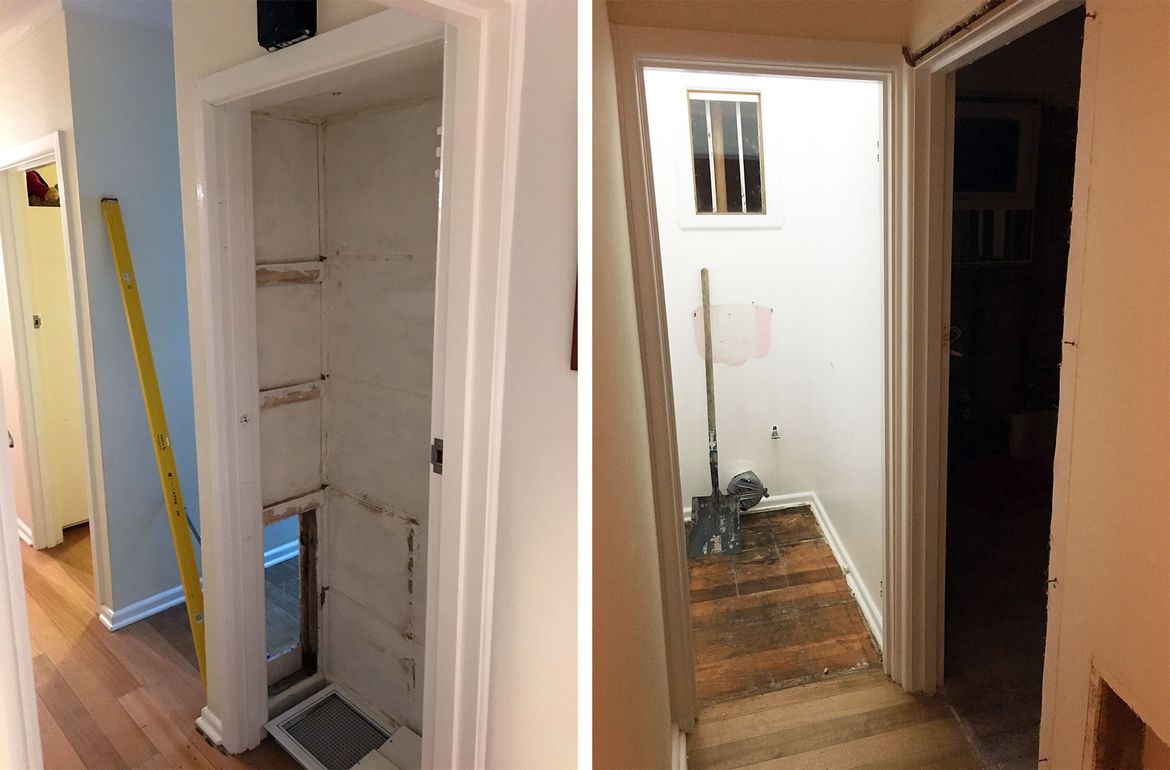 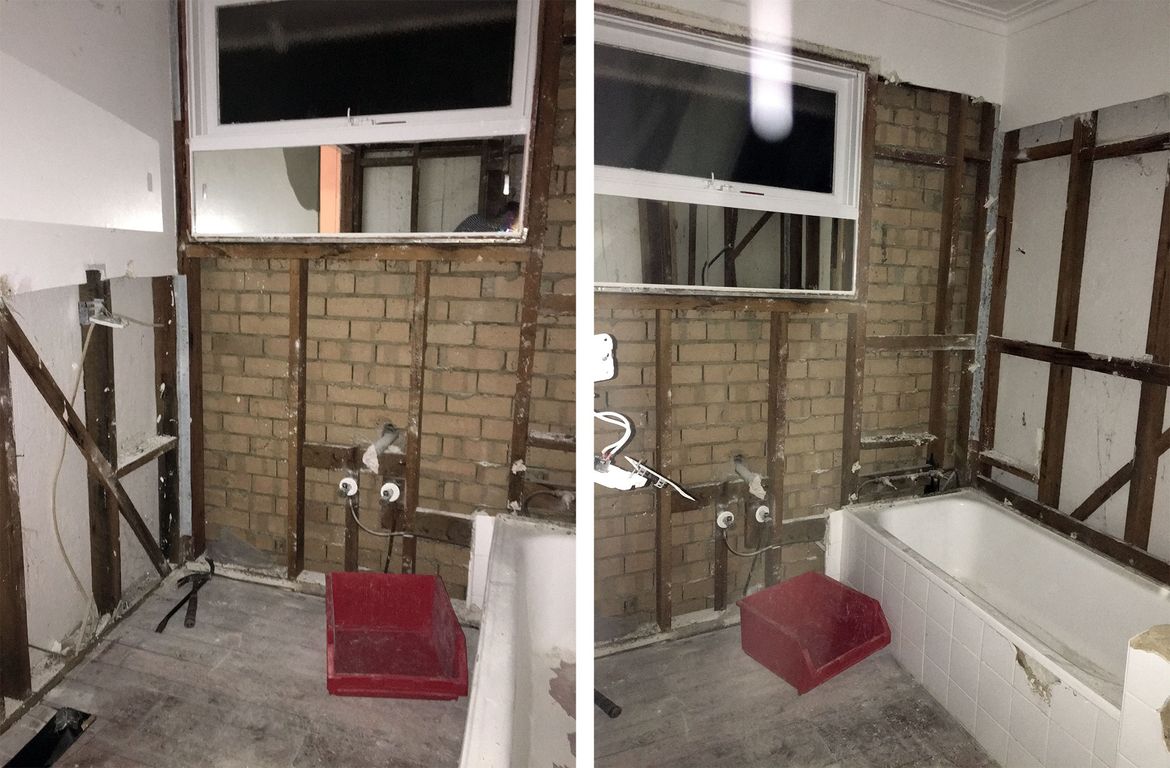 Thanks for the update @Darren.

Community members who suspect they have found asbestos in their home might find the information in this discussion helpful - Asbestos in your home.

With the demo pretty much done and dusted for now, the plumber arrived first thing to start moving pipes and installing new ones. Here's the progress: 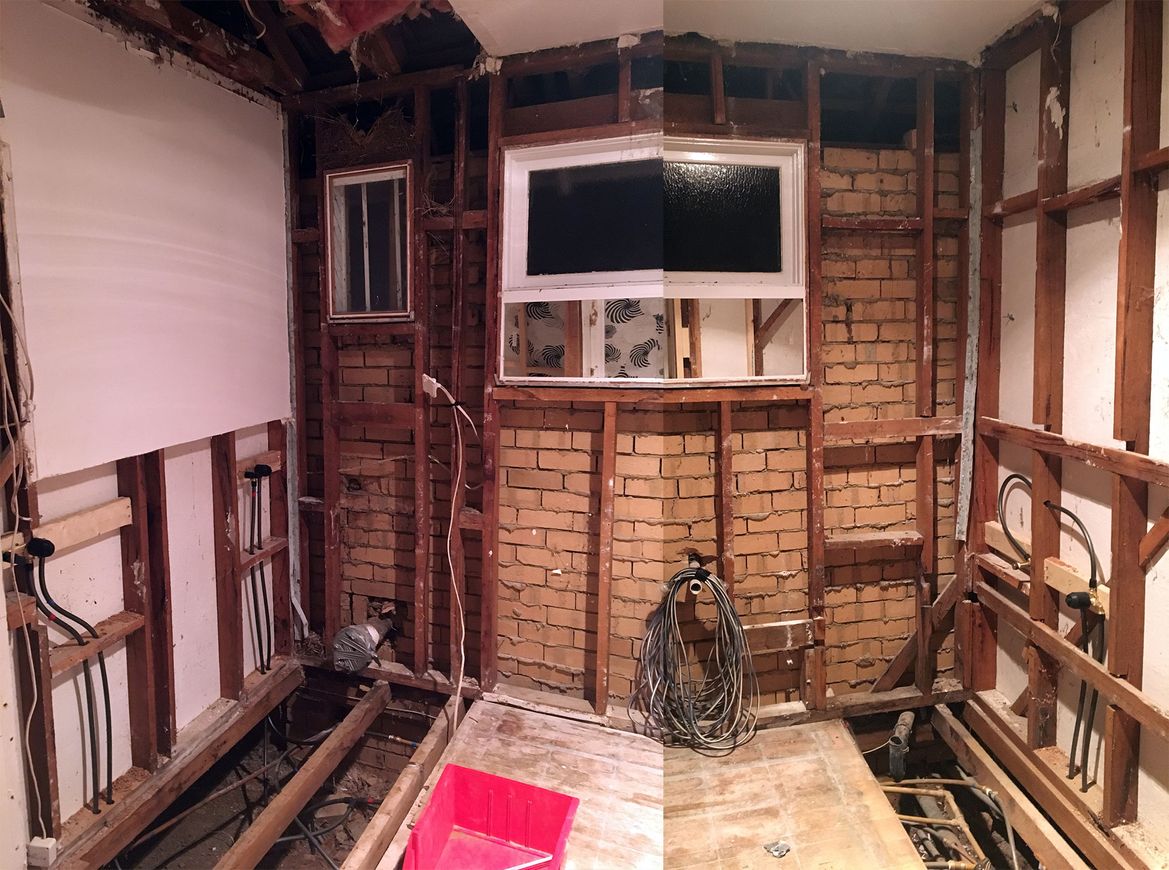 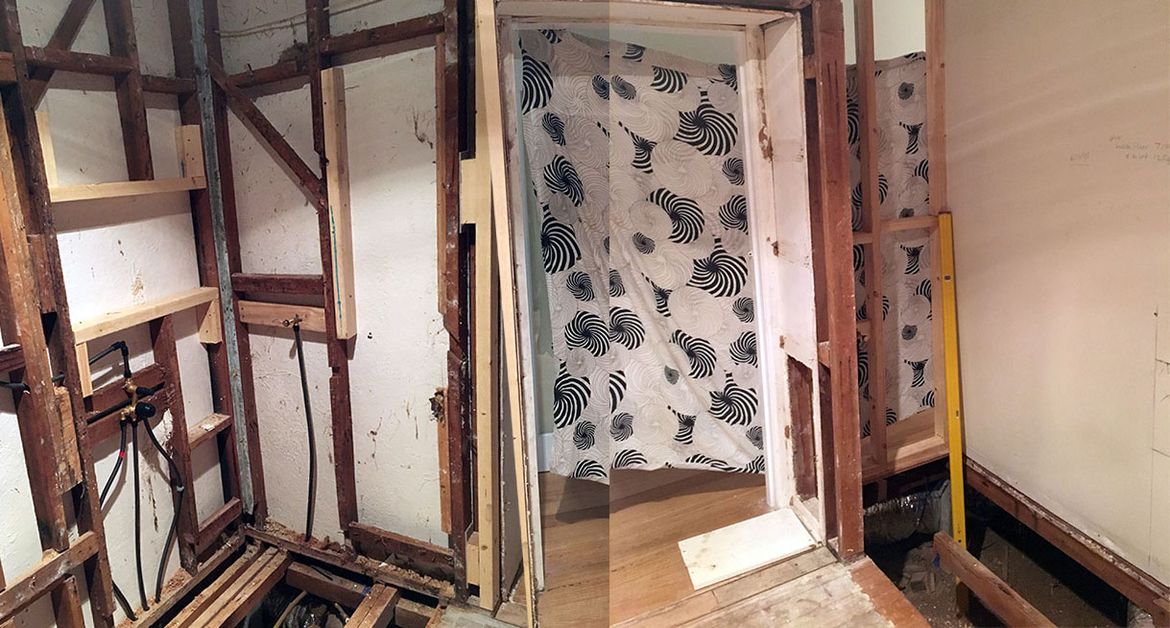 Our builder and plumber spent a fair bit of time together going over the layout to ensure that everything is put in the correct place.

So, what are the plans? 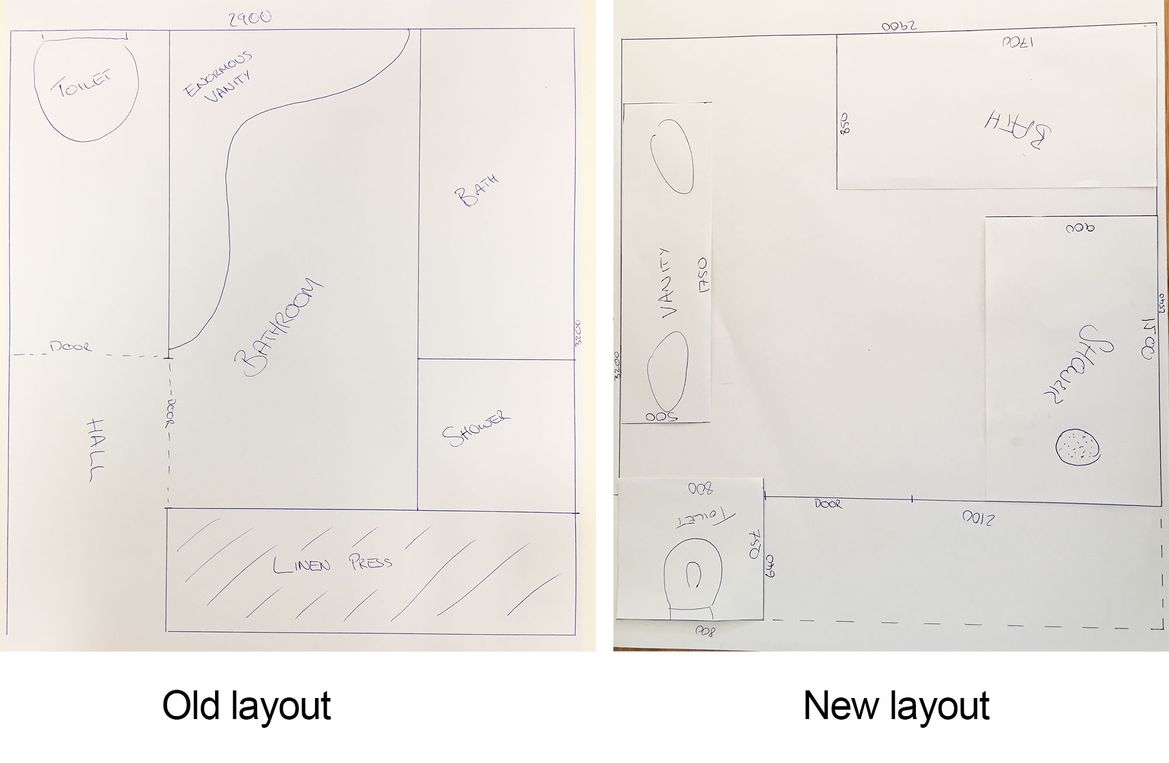 The two windows will become one and will stretch all the way to the floor (around 2.2 metres square). This new window will look out onto a small private garden (that I haven't started planning yet). A freestanding bath will sit in front of the window, while the shower will stay in its current location. The toilet will move to the opposite wall and the vanity will be mounted on the left-hand-side wall. We'll be installing under-tile heating, while the lighting will be a combination of downlights, pendants and LED strip lighting under the vanity.

That's the plan, fingers crossed everything goes to plan ...

So that last line I wrote in my previous post: 'fingers crossed everything goes to plan', well on day 4 the plan kind of went a little off track.

First up it was a call from the electrician: 'You're going to need to do your mains soon.' This wasn't something we'd budgeted for as part of this renovation but was something our electrician had previously told us would need to happen at some point. With that in mind we figured we'd get it done.

Not long after our plumber informed us that 'I need to move the hottie'. It turns out that because we're increasing the size of the bathroom window it means the hot water service will now be too close to our new window. So it has to move. Again, another unforeseen issue that we hadn't budgeted for but will need to accommodate.

While we hadn't budgeted for these specific issues we did keep a 10 per cent buffer in our budget for any unforeseen issues. It's day 4, our budget buffer is gone, let's hope there aren't any more hidden problems.

(Sorry, no pics today as the lighting has been removed from the bathroom and it was pitch black. As for progress, the room still looks the same, the work on day 4 was under the house installing new waste pipes.)

Are you going for his and hers basins @Darren? And have you chosen stone?

Hi @RenoQueen, definitely two basins - with two small children we'll need it! The vanity we've chosen isn't stone, it's described as 'solid sufrace', not sure what that is?! Here's a link to it if you'd like to check it out: https://www.reece.com.au/bathrooms/products/bathroom/issy/issy-glide-1750-wall-hung-vanity-2302240 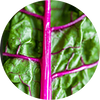 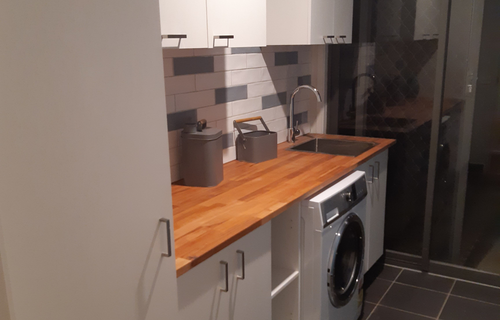 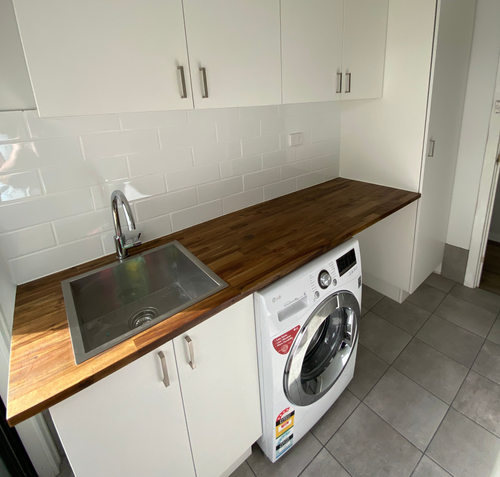 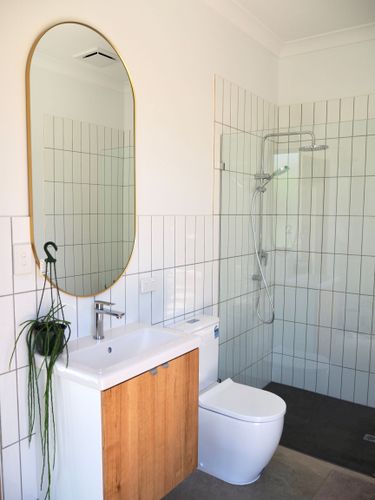