I love Christmas & also love a good dollhouse reno (you may have seen a few of my previous dollhouse builds & renos on here), so I decided to turn a cheap wooden dollhouse into a wintery Christmas cottage.

I started by giving the house a light sand. I had a tub of Polyfilla Exterior Mansory on hand so I thought I’d experiment with it and  give the walls of the house some texture.
Surprisingly this was super easy to do. I used a scraper to apply it onto the walls (I did one at a time), then before it dried I used a butter knife to carve in the bricks.

Once it had all dried & hardened (approx 24 hours), I then painted it with a mix of black, brown & white acrylic paint. I watered down the paints so that I could easily blend the colours on the bricks before they dried to give it that “old brick” look.

I wanted the roof to look as if it was covered in snow. I wasn’t sure how to achieve this at first, until I went to Bunnings for a browse/brainstorm and I discovered expanding foam filler.
I did a practise run on a different surface first and it looked as if it would work well so I then sprayed it onto the roof.

The foam looked quite messy at first but as it can be cut, sanded & painted I wasn’t too concerned.
Once it had completely hardened, I used a blade to shape it and give it a smoother look. Once I got the shape and feel I was happy with I then gave it a light sand to smooth it. There were a couple sections that had large air bubbles but I just filled them with extra foam and then repeated the process of shaping with a blade and sanding to smooth.
I then painted it with 3 coats of white acrylic paint, leaving approx 6 hours inbetween coats.

The front door that originally came with the house was looking a little plain so I used a Stanley knife to carve in some detail & then I used watered down black & brown paint to paint it, giving it that old & weathered look again.

Lastly I cut some balsa wood to make new window frames for the house.
I painted them white prior to glueing on to the house, and then used a mix of black, white & brown paint to give them a vintage look.

For a little something extra, I also made a snow man using left over foam. I used a blade to cut them into shape, toothpicks to attach them, painted them white, used black paint for the eyes, mouth & buttons, and for the nose I used a miniature carrot I had made from play dough last year (originally for another dollhouse project).

While this project may seem complicated to do, it was relatively simple, just a bit of patience was needed. It was my first attempt at using expanding foam & mansory, and I will defiantly be using them again in future projects. ☺️

Thank you for sharing this fantastic project. What an amazing transformation from an ordinary dollhouse to a cozy winter cottage! The materials you've used to upgrade the dollhouse are truly inspired. Using Poly 500g Exterior Masonry Poly to create the exterior brick finish was ingenious. My favorite was your use of Expanding Foam to simulate snow on the roof. All those little details like the window frame and finish on the door plus the creation of the snowmen just bring it all together. Any tips or advice you can share with our members wanting to recreate this project would be much appreciated.

Again, thank you so much for sharing this wonderful project, we look forward to seeing your next creation.

My biggest tip would be to just take your time and practice on a different object/surface if you need to. 👍🏻

The foam took me a bit to get the hang of, but I didn’t ruin the project in the process as I practiced first on some cardboard.

Love it Jess (@prettyliving). I also think the foam is so clever! Thanks so much for sharing your creativity with the community once again.

The foam has given me heaps of ideas for other craft projects too now so glad I went ahead & experimented with it. ☺️

This is genius and came out super cool @prettyliving !

The little home reminds me of Christmas back in Colorado - very different from Christmas here in Australia.

I am looking forward to seeing what other projects you have in mind this season.

I was wondering where did you get the doll house from? If possible would you be able to provide a link?

It’s from Kmart. Here’s the link 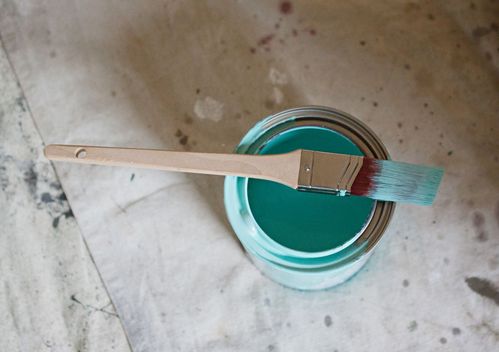