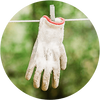 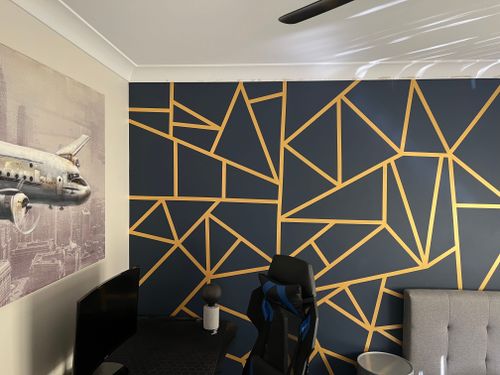 So having moved into my new home 6 months ago, I was well overdue to tackle my youngest sons room, as his current set up featured a pink feature wall and he was not a fan!!

After checking out a few different designs I settled on a geometric pattern which was somewhat random, but quite bold and I thought it would really appeal to my boy.!

I next selected a few paint samples…I ended up going with the dark blue porters paint for the main colour and the dulux gold for the geometric shapes.

Before applying I taped off everything using green frog tape and plastic drop sheets and then sugar soaped the wall thoroughly.

Next was to sketch on the geometric pattern and paint this roughly with the dulux gold, which I hoped would pop out nicely from the matt finish of the dark blue.. As I was going over the existing paint, several coats were needed to get the texture and thickness I thought was needed for the lines in gold.

Once dried, it was then it was time to tape over the gold lines which would make them thinner and give them the precise and neat edges I was looking for.

Then it was time to paint over everything in the dark blue, applying two coats.

Once fully dried, pulling back the first tape was nerve racking but I was thrilled with the result, strong crisp lines of gold remained!

once fully revealed it was time for a couple of touch ups and it was ready to furnish!!

My son was blown away by the result, and I gotta say I was pretty chuffed too. Amazing what a few coats of paint can do to change the whole vibe of a space!!

Thanks to Bunnings for the great products and advice! #DIY July 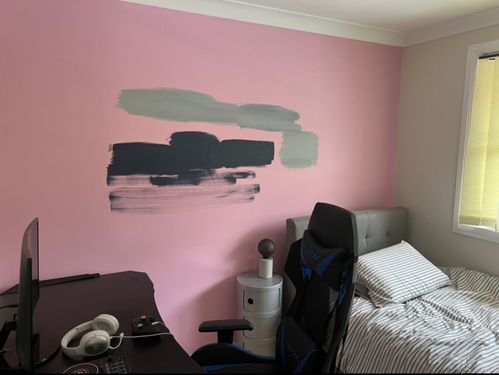 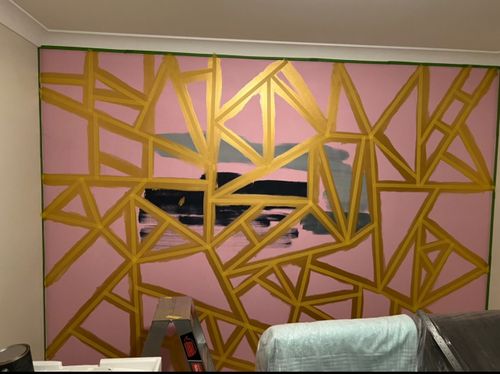 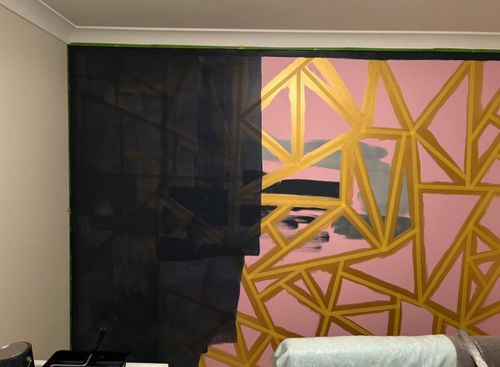 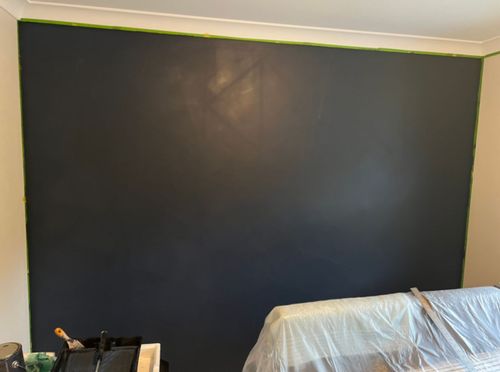 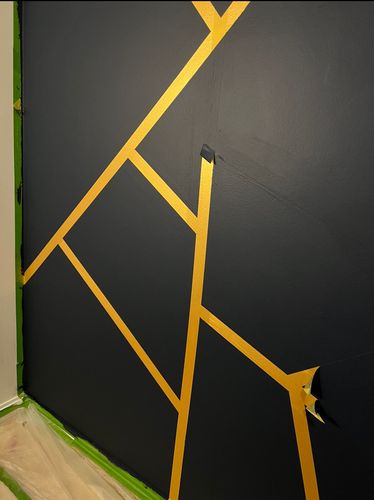 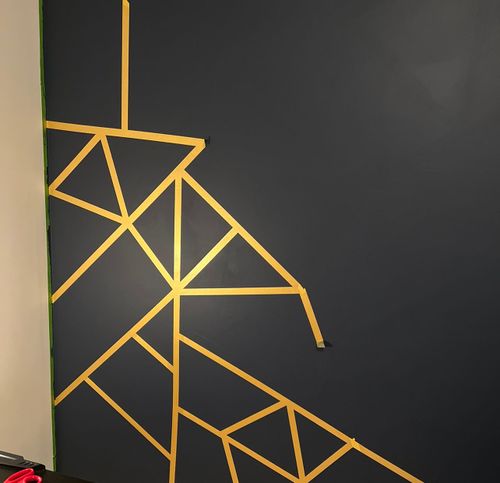 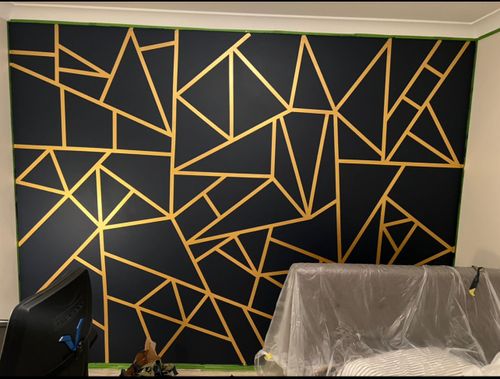 Hey @builtbyben welcome to Workshop and thank you so much for sharing.

What a fantastic transformation from the pink I can see why your son would be stoked.

Thank you for the detailed explanation as well so others can duplicate.

I agree with @CSParnell. That's quite a stunning feature wall you've built there, @builtbyben! Those shades of blue and gold make for a very classy combination, and your geometric pattern has finished beautifully. What was your biggest learning from this project? Anything you would have done differently if you were to do it again?

Let me also extend a very warm welcome to the Bunnings Workshop community. We're delighted to have you here, and hope you'll find it a great place for inspiring D.I.Y. ideas and advice. Creative projects like yours often make it to our Top Ideas and Featured Projects sections. Let me know if you need a hand getting the most out of the site, and I'd be happy to assist.

Welcome once again, and looking forward to your next project.