My small.DIY project came about as a result of wanting to tidy up our new deck. We have 2 dogs, a PUG and a German short haired pointer. They both had kennels on the deck next to an old outdoor BBQ. This all took up a fair space on the deck and always looked untidy. The challenge was to somehow combine the BBQ and dog kennels into one and blend into the new deck area.

After numerous designs I settled on the built-in BBQ with attached dog kennel. Everything, except the merbau decking boards and custom stainless BBQ tray was purchased from Bunnings.

First step was to frame up my concept so it would fit neatly into the deck space. The doors and panels are ply painted the same colour as the render on the house, while the darl contrast borders are eckodeck boards to match our Monument colorbond gutters. The actual benchtop is fire resistant Jarrah hardwood and a Matador built-in BBQ.

The BBQ is housed in a stainless steel tray and surrounded by fibrous cement panels. Underneath the BBQ there is room for 2 gas bottles and general BBQ items.

The dog kennel side is separated from the BBQ side by double fibro wall and is insulated all round to regulate the temperature inside. There is also a double storage box under the liftable bench lid for storage of dog stuff. The front merbau feature wall on the kennel was made from decking offcuts to blend in with the new deck. It was built big enough to house both our dogs, but unfortunately the we have had to move the pug out due to her horrific snoring. She's been upgraded to the laundry.

It was completed over the period of about 3 or 4 weekends. Probably could have been quicker, but I'm not a tradesman and the original plan was continually evolving.

The most pleasing part is the deck looks much more organised. We have a bigger BBQ and the Duke loves his new house. 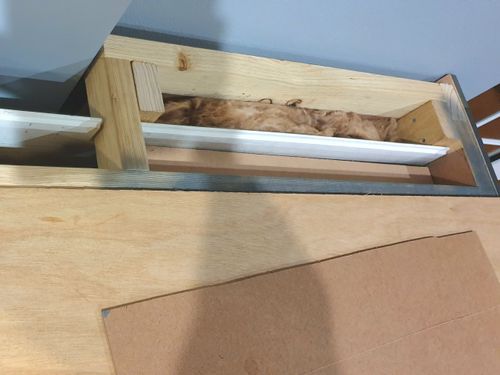 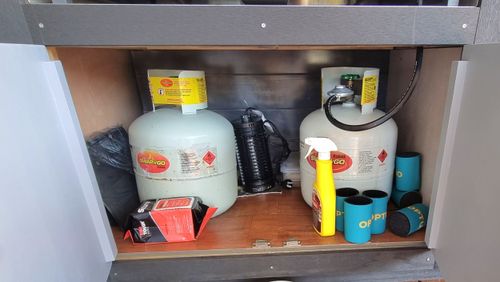 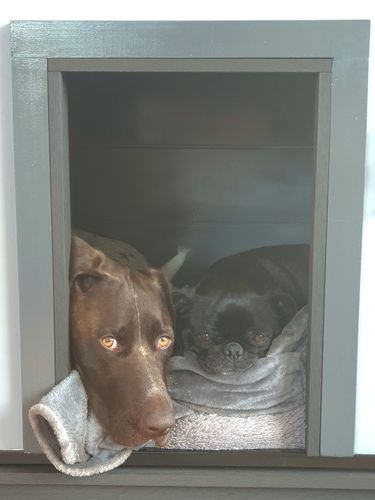 Re: Built in BBQ dog kennel

Welcome to the Bunnings Workshop community @Kirk101. It's tremendous to have you join us, and many thanks for sharing this unique project.

I don't think I've ever seen a BBQ/dog house combo before, but I love it! What a perfect location to be handed a sneaky treat straight off the barbie. Pity about your pug's snoring as they appear to be enjoying their new cozy quarters together.

I really like how you've thoroughly planned out this project, and then it's come together so neatly. We appreciate you offering the complete details of the build as it helps paint the picture nicely.

You've done an excellent job putting this project together, and I trust your puppers really appreciate the effort you've gone to. Great work!