Yesterday we started renovating our "new" home on a shoestring budget

Watch this space for "before" and "after" shots (coming soon)

* opening up the wall between the kitchen and dining room

* living in a renovation

* choosing and installing the new kitchen

* installing the back deck

* installing sliding doors to the deck

* concrete slab for the garage

* choosing and installing a garage

* our mistakes (I'm sure there will be many) 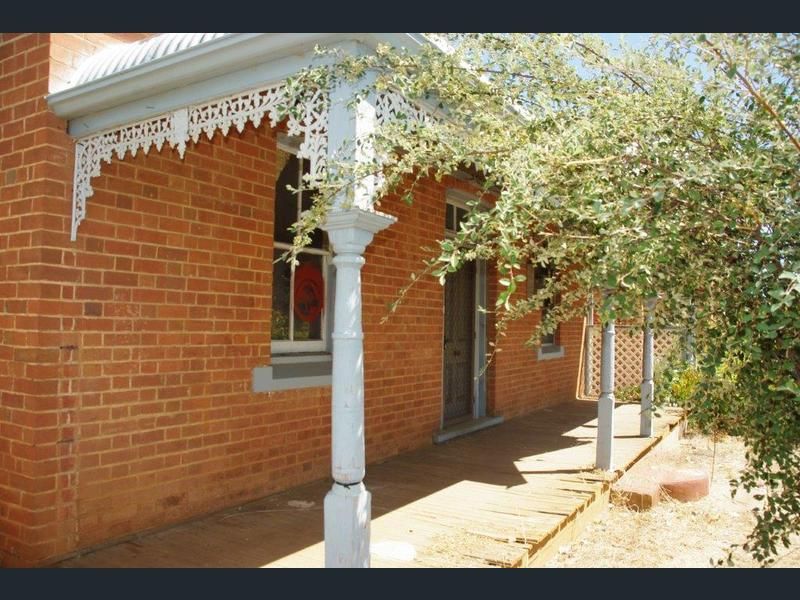 How exciting for you @MikeBenstead. It looks like a beautiful period home that you can restore and turn into a wonderful home. I'm sure the Workshop community will be happy to give you plenty of advice, suggestions and inspiration along the way. We're thrilled you could join us and share your renovation journey.

What are you going to be tackling first? 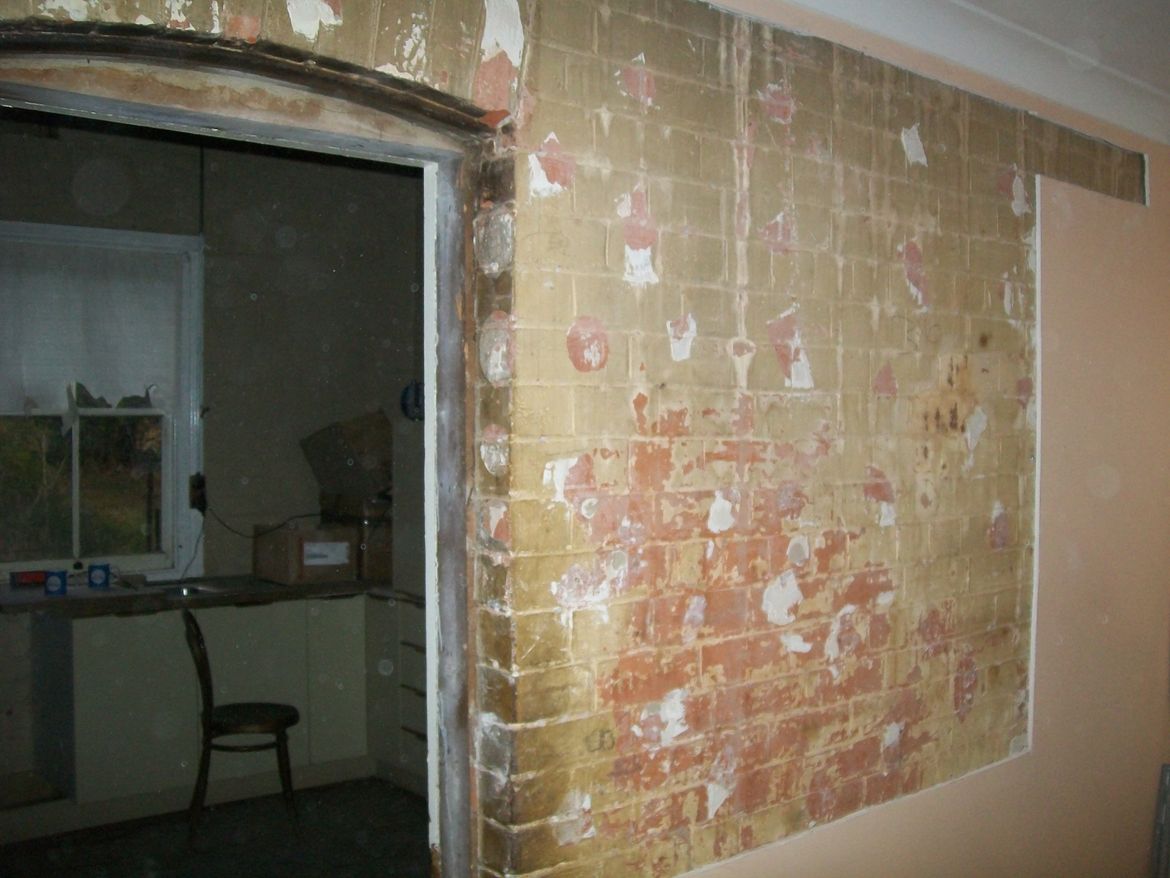 I'm sure that with each project I'll have lots to share too (including my mistakes).

The first group of tasks will be anything structural i.e.

* Removing the wall between the toilet and the bathroom

* opening up the back wall to accommodate a sliding/bi-fold door with retractable fly screens.

Someone might want to share their experience in this area.  Also looking for tradies in Wellington NSW (carpenter, plasterer, tiler) to assist.

My only suggestion for now during the plaster off and frame visible stage, is to have extra nogins and studs for things like the shower rail, heated towel rail, robe hooks etc...even the toilet roll holder as most homes and especially an older home, never have these supports installe, actually even new homes don't have them!!

In bedrooms, nogins for pictures.

In the kitchen, a nogin for the rangehood which we forgot and had to cut the plaster to fit it in.

Towel rail nogin in the laundry or if you plan to have a clothes dryer on the wall.

If I think of anything else I'll let you know but the best of luck with your fabulous project!!

Very valuable advice.  I hadn't thought of that.

I'm also grabbing the terms "Plaster off" and "Plaster on" to separate plumbing and electrical into two distinct stages. 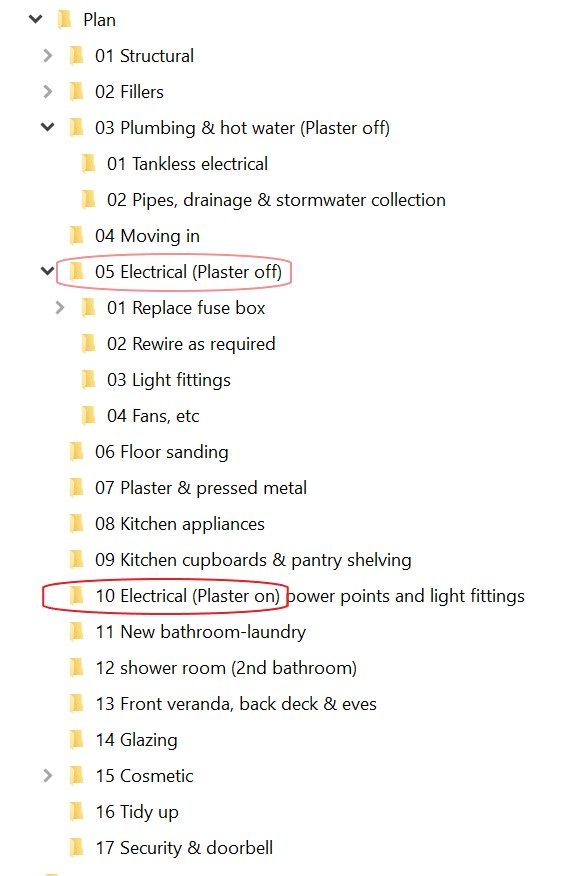 Do you have floor plans that you could share with the community? Be great to see what the current floor plan is, and what your plans are. You might get some valuable suggestions from community members.

I do hope that you will get help and advice from others on the forum that have "renovated" as I have built from new and even though you can still forget stuff, it's nothing like renovating and coming up with unforeseeable things.

What I did and you probably have done is master the electrical whilst in the "plaster off" stage. My sparkie told me I had more electrical in my home than any other he has every worked on save a commercial building!!!

Frankly I don't think I have too many but I have plenty in each room, for example in the bedrooms, I have one on either side of the bed behind the bedside tables and then one other for vacc'ing and finally one on the wall for the TV, so four per room. The problem seems to be in new builds that it is considered plenty to have the standard one per room!!

I do have a pp in the toilet because I could, so I'm happy to admit that probably wasn't necessary and apart from that I have two pp along the passage which is about 12mtrs long so I don't think that's excessive but perhaps the sparkie was eluding to the amount of internal wiring throughout to obtain all this ha-ha

I have two pp in the bathroom, one being for the heated towel rail and the other for the hair dryer.

Everywhere else I've tried to have a pp on every wall for any eventual electrical addition like a table lamp, Christmas tree for example.

I also have 3 pp outside to be able to vacc the car, or run some lights out to the garden for Christmas or something I haven't thought of yet but at least it's there. It actually costs very little to install at lock up before all the plaster goes in as iI have oodles of space in the roof to get around.

I suggest you stand in each room and think about what you want in the end where a table will be for example or a TV or a lamp or whatever that's what I did and had it drawn to scale as well. In your case you may already have your furniture but if you don't, then you need to decide on things like what size your couch will be, will it fit in the space you've allocated??

I hear so many times people have their heart set on something only to find that something won't fit because they didn't measure!!There just can't be enough said for planning.

Was talking to a friend that finally renovated her bathroom and put in a nice fancy 30cm rain shower and hand shower and because of its weight, some 30kg she said, that does seem allot anyway, the builder had to pull the plaster off in her kitchen to be able to put in noggins and studs because no one thought of it before the tiles went up!!

Looks like a beautiful property with a lot of scope for improvement. Congratulations @MikeBenstead.

I had digital copies until my laptop died (It took offence to having coffee poured over its keyboard).  I have to recreate them.

I'll see what I can do shortly.

Love it!  You make it all sound so simple at "Plaster-off" time.  I so wish it was.

Unfortunately most of the house is 9" double brick and powerpoints (most of which donlt even work) have been installed down walls without being concealed.  I'm going to see if they can be brought up through the floor.

Unfortunately only 1/6 of the house is the extension with suds, noggins and plaster and even that has the original exterior brick walls (now on their interior) on two sides.

The  extension has the right number of power points.  My problem will be with the original brick house.

How to build a floating planter box Bunnings have recently stocked these great steel industrial looking black metal legs. They went well with the solid Ash panel to make my son this stud ...

What room in your house most needs decluttering?

Spring is the season for decluttering the house for many people. Independent research commissioned by Bunnings has found 50 per cent of Australians ...