It's funny, I didn't really get into DIY until I was in my late 40s - even though my Dad was brilliant at making anything and everything, and maintaining the garden.

He had a garage - that he built himself - in which every inch was covered with tools or things 'that might come in handy later'. He had jam jars full of screws and washers. He could mend a gearbox, lay a concrete floor and plant veggies. He loved pottering out in his garage to all hours.

I think when I was younger I just wanted to get out and have fun. Then I got a job. Then I had kids. And so it wasn't until my kids were grown up and had full social lives (and I suddenly had a lot of time on my hands) that I explored the idea of DIY.

I'd started collecting books and quirky ornaments from Op Shops. Then I got interested in Pinterest and liked the idea of the whole pallet furniture thing - but didn't think I had the skills to get involved.

And then four years ago during the Xmas break I made these shelves from scratch, inspired by a picture I'd seen online. My first proper project. Since then I've progressed to renovating caravans and absolutely love pottering in the warehouse, like my dad did.

So what's your story? How old were you when you started your DIY interest? And what was your first homemade cab off the project rank? 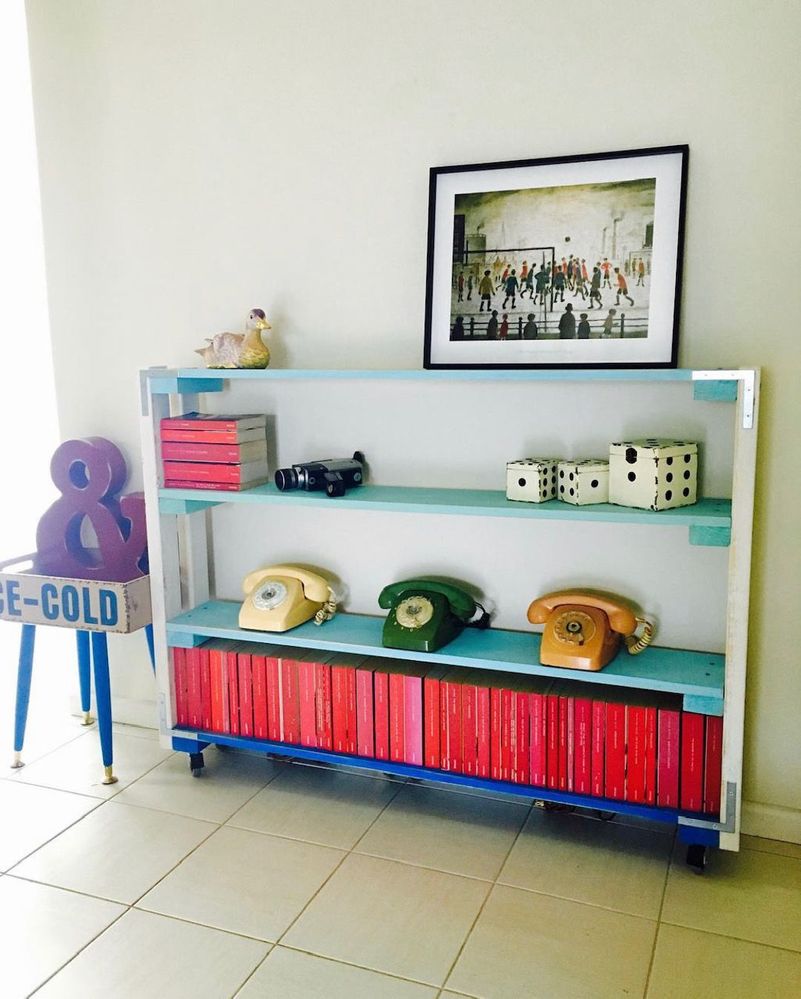 I was blessed my father was the original DIYer if you wanted anything you made it yourself. He taught me well. I remember building a shearing shed with him when I was 12 and building Nanna's sleepout before that. Growing up in the country west of Dubbo if you wanted something done, fixed or couldnt afford it you did it yourself. Hence I dont remember a time when I wasnt doing DIY. I still take pride in my DIY and expect the final product to be as good if not better than a pro. I may be getting slower but its great to look at what you have created and save some money at the same time. JDE

@JDE What a great post. Really nice to read this. I wish I'd paid more attention to it all when I was younger. Like yourself, I had the best teacher available and didn't make the most of it.

My dad is back in England and I send him pics of all the projects I work on, and he always has a few comments. Would love to get back there and potter in the garage with him when we can travel again.

Great topic @Peggers. I always love hearing about where people got their passion from when I interview for our member profile stories.

For example, I tell @Tara86’s story fairly often when I’m talking about the wonderful Workshop community as people find it really inspiring.

Let me tag some other members to keep the discussion going: @ProjectPete, @Brad, @TedBear, @prettyliving

Thanks @Jason - me too. My passion for making things has really surprised me as I've got older. It's one of the only things where I totally lose track of time, forget to eat and drink (which is very rare!) and just get caught up in what I'm doing.

I'll check out @Tara86’s story, and would love to hear others.

Great question Peggers. My dad was a DIYer out of necessity, like many others. I'm so glad I was born into a poor (financially only) household, because necessity is indeed the mother of invention. Dad had his bench under a tree, so I played with his tools as a child & learnt to how to derust & maintain them too, out of my own natural interest.  First "project" I can remember was my brother and I building an underground cubby out of timber & corrugated iron, beneath the sand in our back yard. We paid a lot of attention to shoring it up, but at primary-school-kid level of engineering. My mother's reaction was disappointing, only mentioning that we could have been buried alive in there and demanding it be unbuilt. My first introduction to the Safety Officer role and the repercussions of not meeting building regulations and obtaining permits, I guess 🤔. Good lessons from both parents there.  I am retired now, yet still have more on my workshop's to-do list than years left to do them, but I'm happy with that.

Thanks for such a great post @TedBear - I was laughing out loud at your mother's role as Safety Officer.

Likewise, my dad was a DIYer out of necessity. I guess it was that post-war generation, who had been conditioned by a lack of resources to make their own - or do without! I imagine Bunnings would have blown their minds back then! We're very lucky now.

I guess I just took my dad's DIY prowess for granted when I was younger. I assumed all dad's were like that. He came from a very poor working class background, but had done alright for himself by the time I came along. We did't have a lot compared to now, but we had enough. I do remember that we made some great toboggans together (I grew up in England)!

One thing I have never made, but dreamt of,  a tobogan... and of course the fun of using it. I  didn't go to the UK until I was 40 years old, but I stayed around until winter, just so I could make a snowball and have a snowball fight. My cousin's wife got great delight from introducing me to the "sport" by smacking me in the back of my head with one unexpectedly.  But still haven't toboganned.

I helped gyprock/build wardrobes/verandahs with my dad as a young teenager working on his house. Then i bought my own house early 40's and from memory my first "build" DIY was a bar for my mancave (even though I hardly ever drink lol)  Ive been doing alot of DIY repairs though like holes in walls, collapsed ceiling,cement rendering, roof leaks etc etc etc (does the list ever end when you own a house?? I swear I mark one thing off as "job done" and discover 2 more jobs that need doing lol)

@TedBear The unexpected snowball to the back of the head is a tactic you learn young in England! My Dad made some top toboggans - curved wood sides with metal runners, room for two people and a rope for steering.

@Prawns A bar for the man cave is a great first project! And no, that list never ends!! 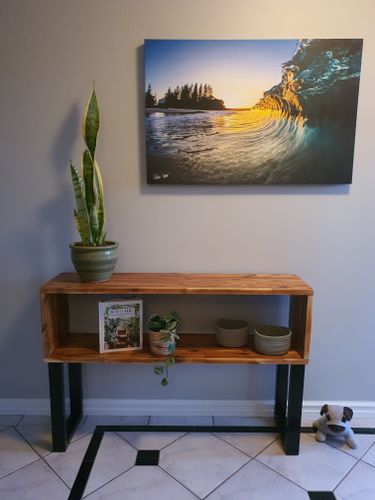 Happy new year everyone! Thought I’d share some pics of a dollhouse I’ve been building for the past 6 months or so. I designed it myself and buil ... 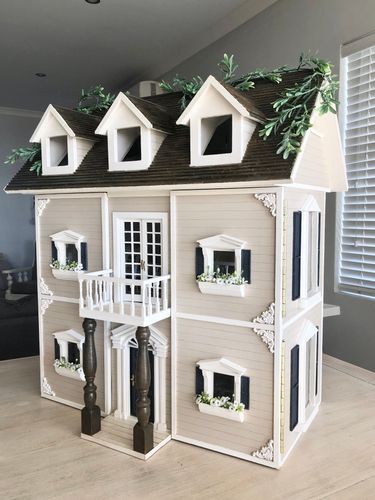 I thought I share my build for an affordable computer desk as most of us are now working from home. I needed an extended desk to fit into the study bu ... 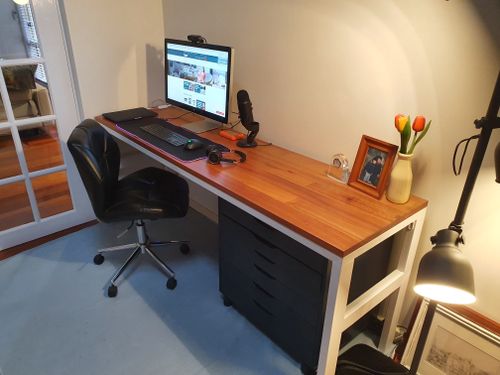