What did you do over the weekend?

@Jason, weather was an issue here, but I did sneak in some hand weeding, with some random wetting agent application, yeah, I got rained on.

Anyways, it was cleaner & fresher water than I drink or shower in, so I enjoyed it.

One thing I did notice was that the soil was heavier/clumpier than I'm used to seeing, so I put down a good cover of our home prepped garden mulch, which should bring it back to its usually glorious friable, luscious texture.

Most satisfying project of the weekend was putting up some shelves in our new storage room. Looking forward to being a lot more organised... 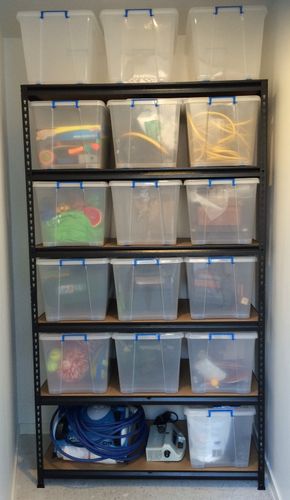 What did you get up to on the weekend?

After spending hours oiling my beautiful new Marri wood, I started getting it up on the fence. Made it this far and plan to finish the rest by doing a bit after work every day this week as I'm down south again this weekend, and next weekend we have our pre Xmas Xmas partry on so need the fence to be finished. Once this is done, it's time to finish the cubby house in time for Xmas. It's all go in my world, especially after losing a week being in Sydney last week and another south trip planned for 4 days early December! 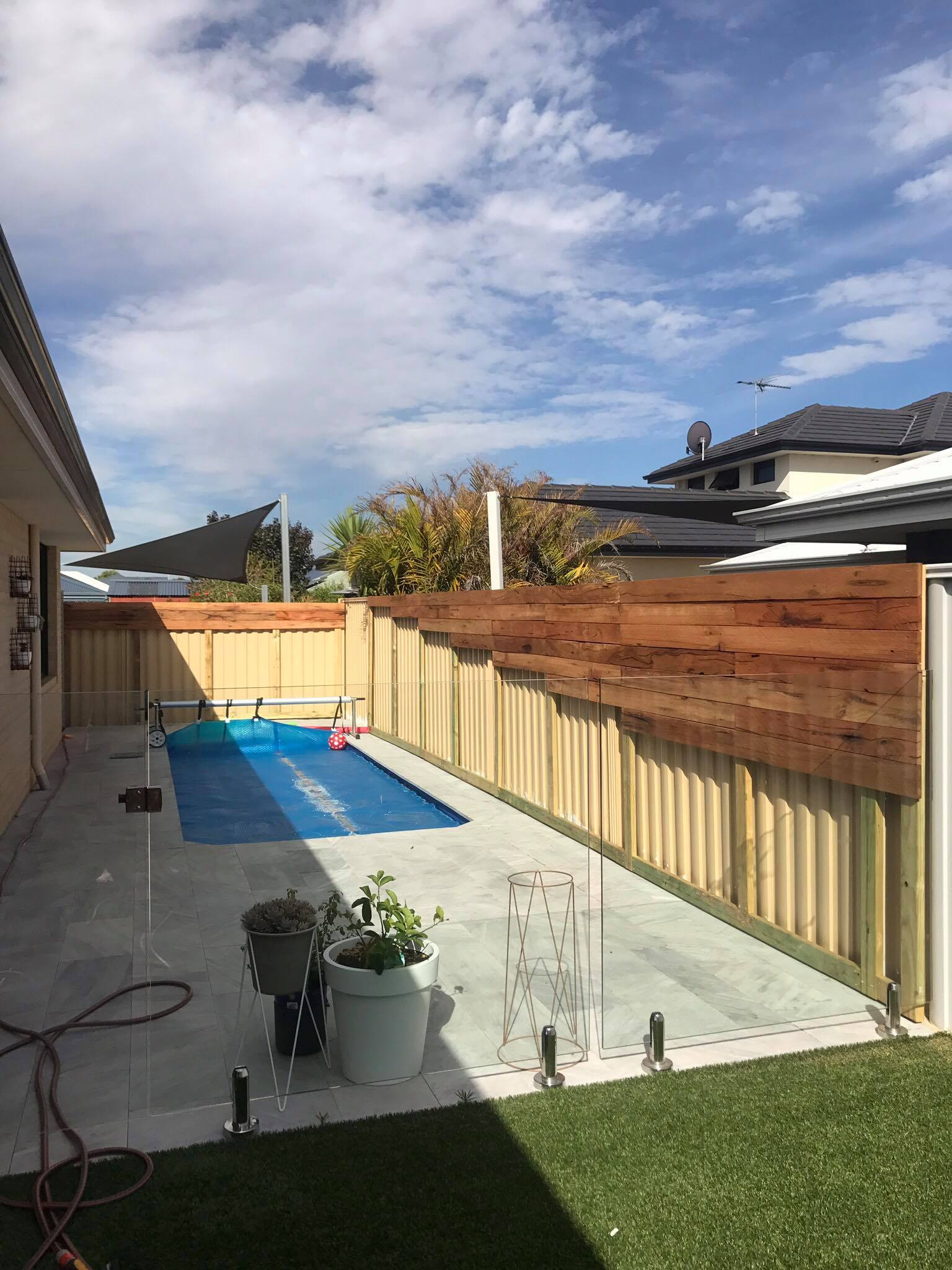 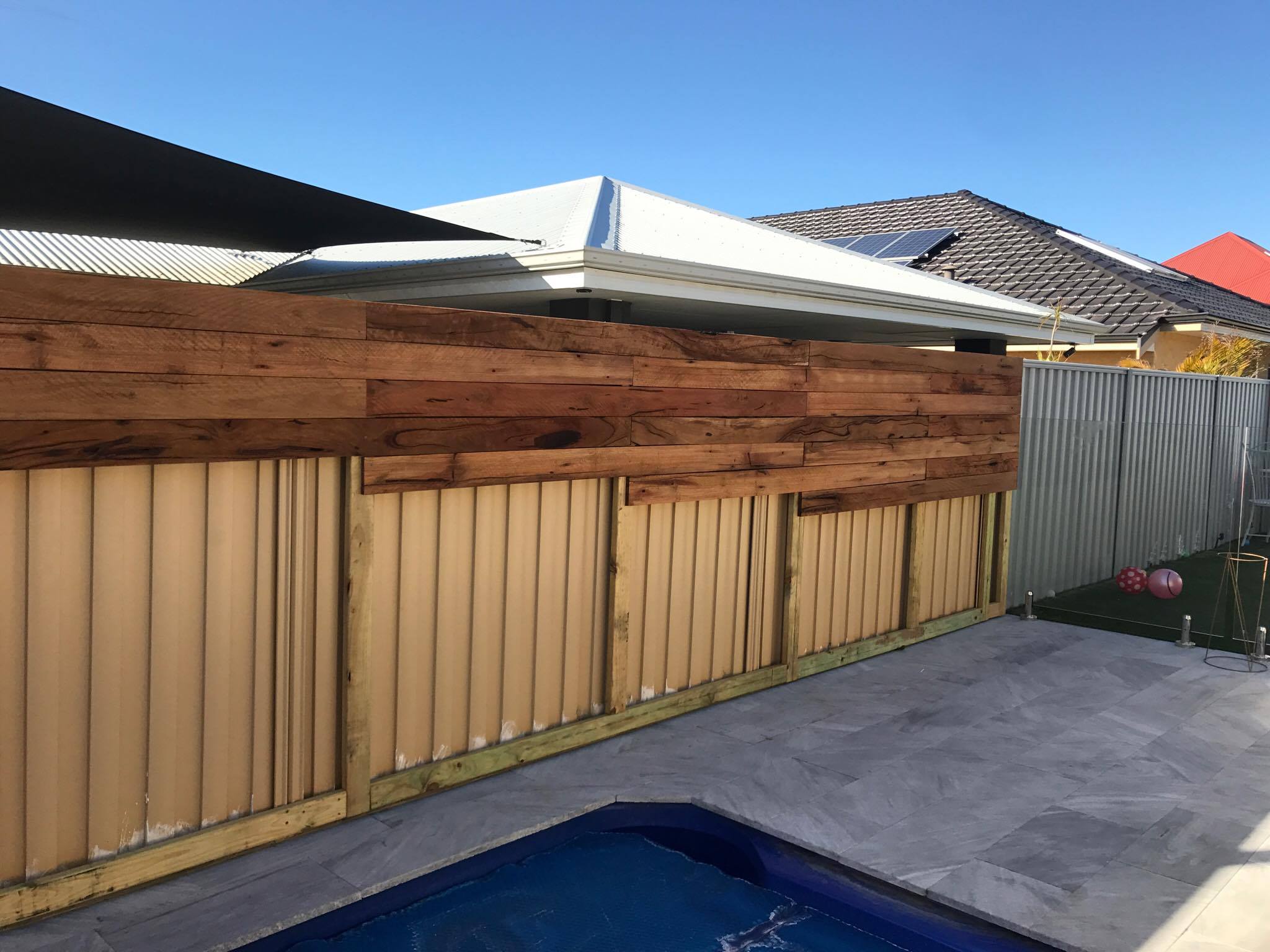 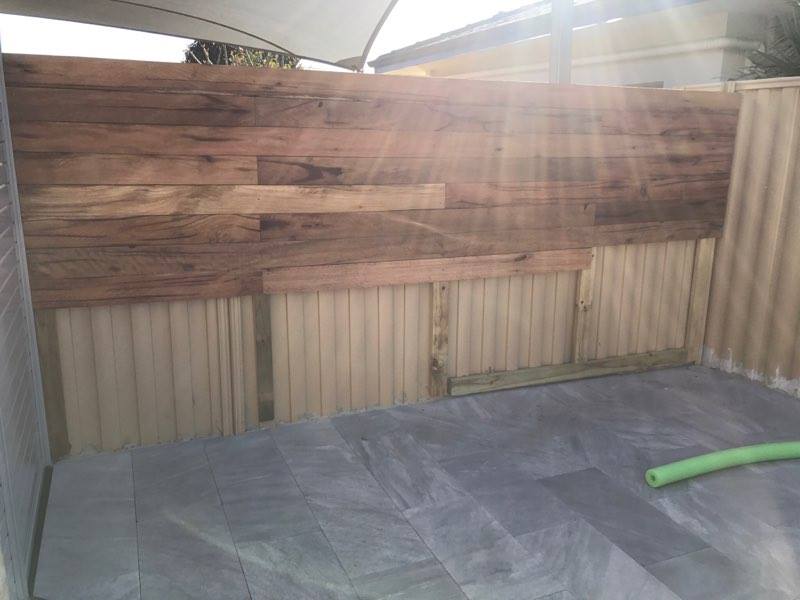 Wow @ProjectPete, that Marri wood looks amazing, & the stone work is sensational. I'd originally thought that you'd laid concrete pavers, but now after seeing it closer, I love the subtle beauty that comes through, & that, is what l feel brings lasting rewards.

The timber looks stunning @ProjectPete. Many thanks for sharing. Looking forward to seeing the finished result.

How often do you think you are going to need to oil it?

Thanks @Andy_Mann, really happy with the look so far and the natural stone pavers. I got someone to lay them for me to save some time, but wish I did them myself - think I would've been happier with the result...but anyway...

Cheers @Jason. I'm going to oil once a year at beginning of spring to start with and see how it goes, then move to twice a year if needed. The best thing about rustic effects, a bit of discolouring, etc only makes it better

@ProjectPete, I think, you got lucky with whover laid your natural stone, it may've cost more than DIYing, but they did a great job.

By contrast, I got someone to lay our slate on our front verandah, & I was comfortable that he was recommended by the highly advertised supplier. I didn't haggle on the money asked, I was there when he started, but I went inter-state leaving Tania home, thinking that would be hassle free. When I got home, his work was incomplete, it was downright shoddy, he'd demanded cash from Tania, & he took off with the sealer that we'd provided.

Luckily I arrived in time to rescue (dress) the grouting, he'd only squeegied it,leaving a dust pan full of excess grout.

Luckier again that I wasn't there to confront him, I don't know who would've come out ahead, the bloke was a psycho.

Bit sore today! We got five cubic metres of gravel (small river pebbles) delivered on Friday so I spent the weekend on the shovel and wheelbarrow. But first I needed to pull up and remove all the old concrete pavers under the deck and at the far side of the house before I could put the gravel down. Under deck area is now all done and looks much tidier, is dirt free and much more useful for storage. We also put some plants in the front area. Here's a small section:

The far side of the house just has our clothes line and not much else so doesn't need to look great - just something functional. Pretty happy with how its come up after utilising some of our leftover granite pavers. Again, the main idea was just to make it clean and tidy. 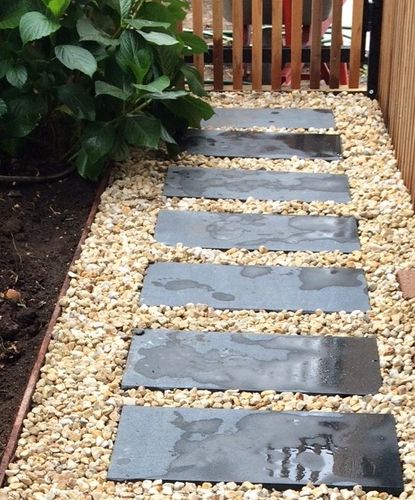 The good/bad news is that I've still got most of the gravel to go. It will be used down the near side of the house, which we use much more often and is a lot more visible from the house and backyard. We need to embed some sleepers in the ground first, and do some planting. So I reckon there's at least a couple of weekends work ahead...

Looks great @Jason, but I feel your pain having so much more to do.

Hey, what am I saying, I'm in plenty of pain of my own.

I forget what I did, but I messed up, my lower back's come good since, my upper back's now 90%, but my left shoulder muscle & socket are still an awkward annoyance/reminder of my stupidity.

With Tania nurturing me, & turning a blind eye to the beer o'clock set point, I'm amazed with the progress that I've made on the garage workshop makeover.

I'm not crowing just yet, there's still plenty of head scratching to go. I've still got to nut out what I need immediately accessible at a convenient height, & where best to place the more awkward/heavier stuff.

Then there's the conundrum of replacing a ceiling mounted fluoro fitting, that I accidentally nudged with a ladder, which spontaneously transformed it into looking like a ceiling mounted, freshly guttered cow with its entrails dangling in clear sight. Tania took pity on me, & brought home a new fandangled LED fluoro unit as a simple swap over, but now there's the quandary of whether the lumen output is comparable.

We going to have a man cave challenge now?

Just need to use 16 packs of ancient oak flooring and 4 packs of gold underlay before I can start playing catch up.
Report Inappropriate Content
Message 80 of 160
3,550 Views
Bookmark
2 Likes
Like
Reply
Reply
Loading...