I'd be interested to hear about what everyone is up to at the moment. Are you planning a project and spending some time in the shed, or perhaps you've just completed a project that you're particularly proud of? It would be great to hear what everyone is working on.

Post an image below and add some details to inspire others. 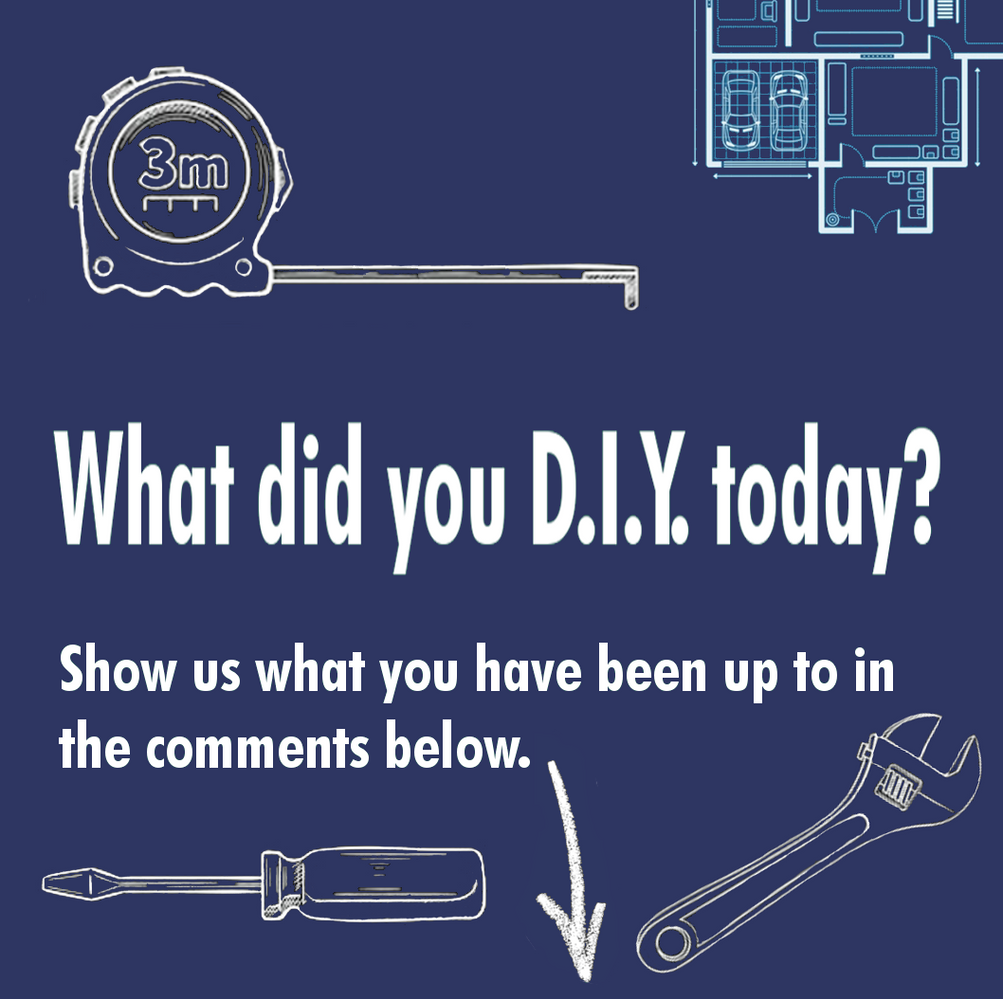 I've been working on a rustic coat rack inspired by some old hardwood palings I had lying around. I thought they would make a neat backing board. The palings have some nice texture on the top where they had weathered away over the years.

While searching for hooks, I came across an old rusty tire iron cross, so I cut the ends off it and glued them into the timber. I finished the rack off by adding a stark white timber border, which I think offsets the rustic look successfully.

I'm pretty chuffed with my efforts as it turned out better than what I was expecting. I look forward to seeing what everyone else is working on! 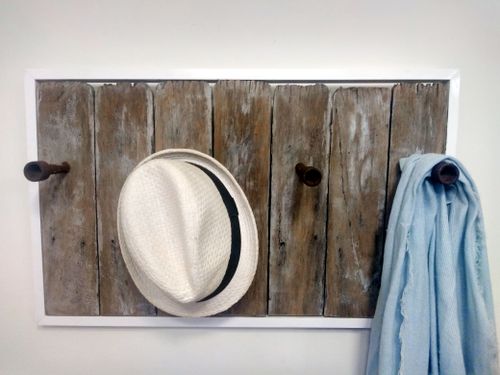 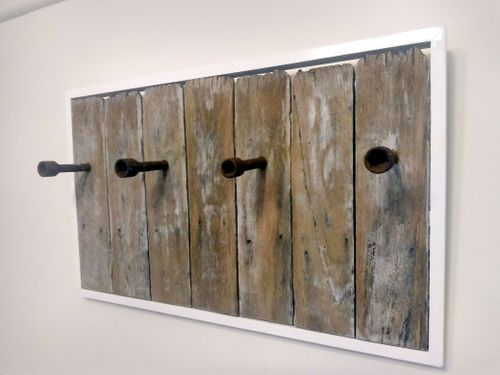 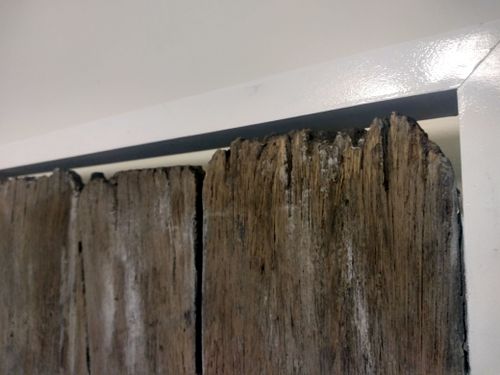 I need to do a lot of painting prep at the front of our house. Mainly the fascia, eaves, window and door trims. Not something I really enjoy unfortunately, but I'll pop the headphones on and do little bursts.

I am currently working on overhead cupboards for my laundry, as we all know, you can never have enough storage space. I have already built the carcasses and the doors, they are made from tassie oak with glass insert, (glass is on order).

I found out that I don't have enough studs behind the plaster wall, (using a Stanley stud

locator) to mount the cupboard securely, so I had to install extra studs.

Started by marking out area where cupboard is to be installed, then remove the weather boards, foil wrap and insulation. 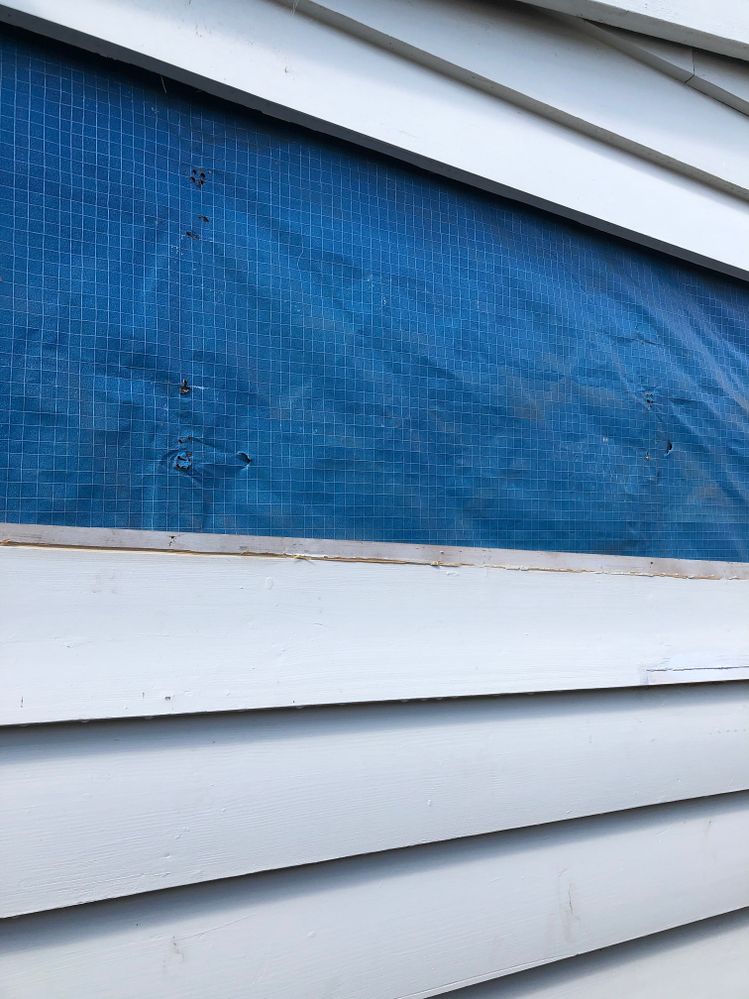 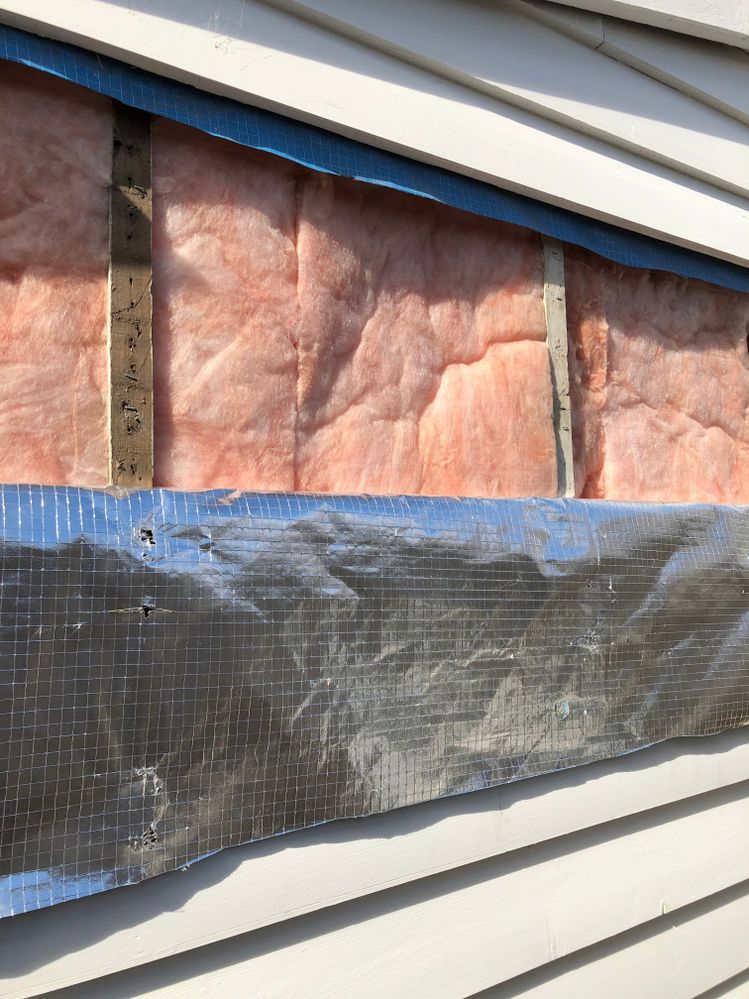 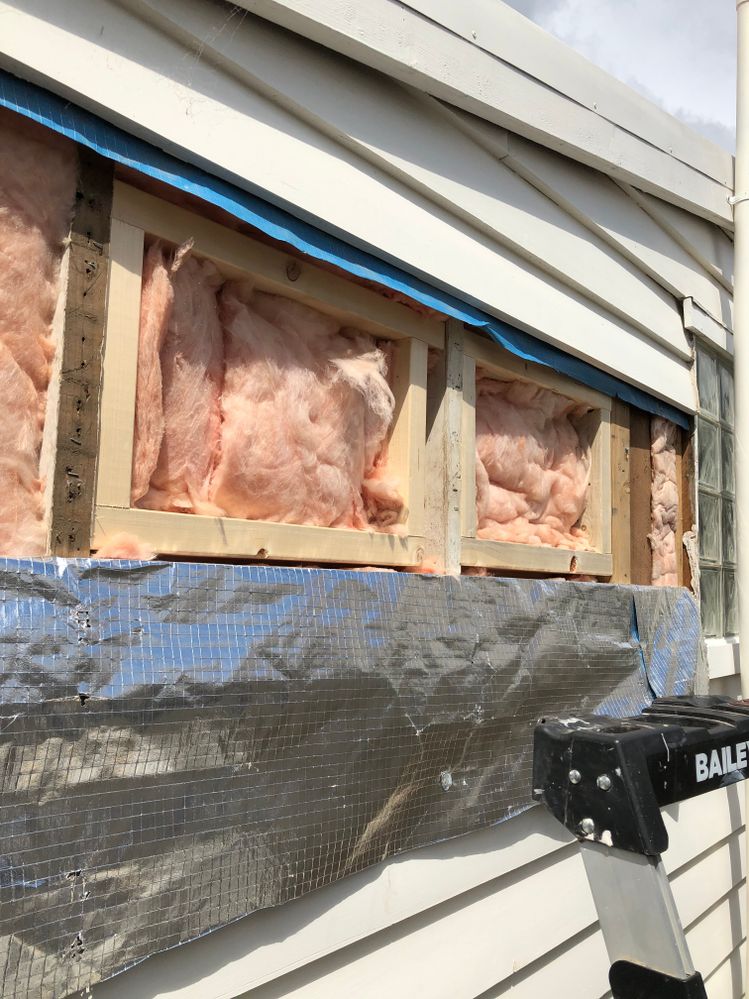 Now I can go back and finish off my cupboard, I will keep you posted. 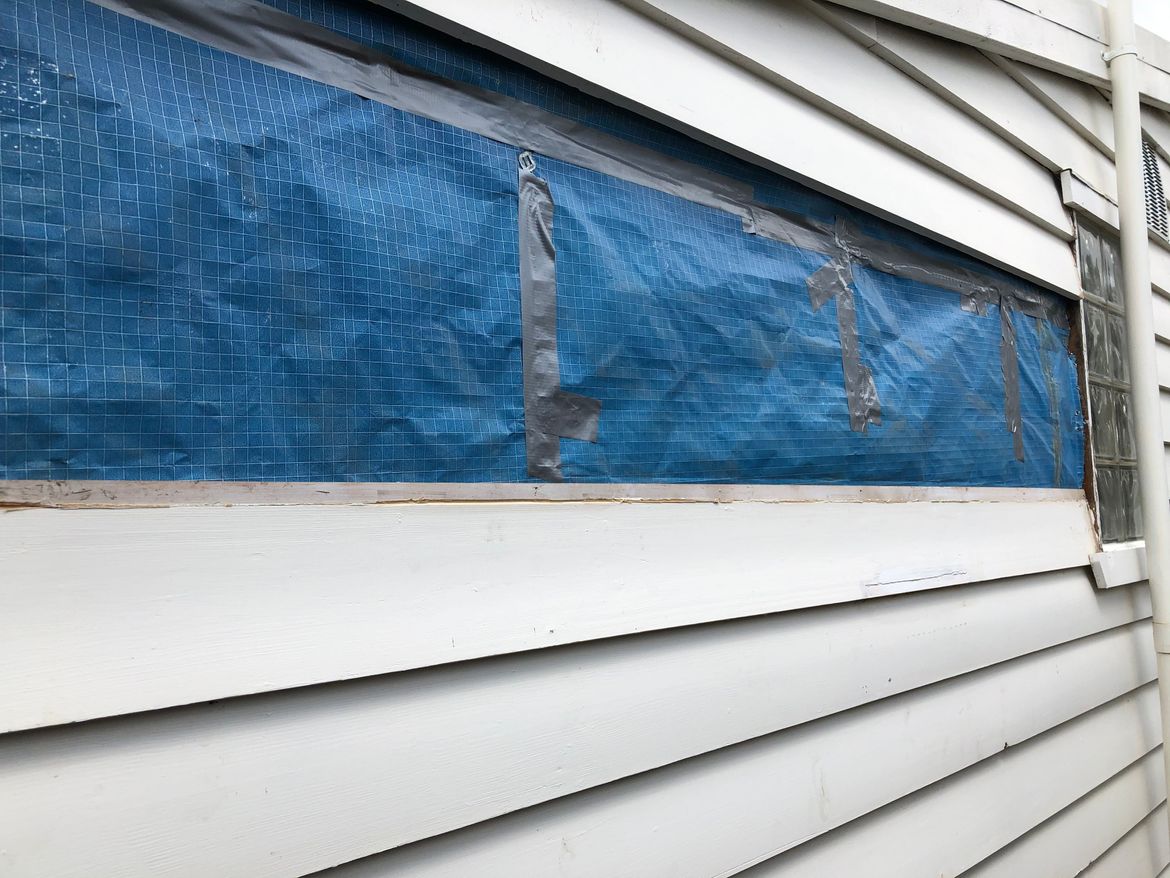 It sounds like you have your work cut out for you this weekend, but I like that you've gone with the 90 x 45mm as those cabinets will be rock solid.

Let us know if you run into any trouble as I trust our helpful members would be more than happy to share some advice. Make sure you start your own discussion to showcase your cabinets and installation when you are complete. I'm sure everyone would like to see your efforts.

Give me a shout if you need anything.

already had one problem, I bought hinges for the cupboard doors, these came with large unusual looking screws to mount to the cupboard, I am not sure if I should use them, instead of normal counter sunk screws

would you know how to use this type of screw 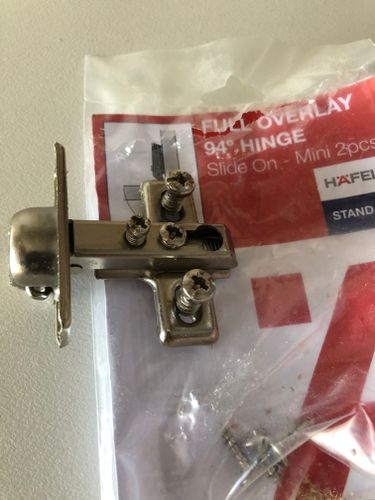 whoops just realised that there was more instructions on the packaging, now I know what they for, you can use normal countersunk screws instead of the ones supplied 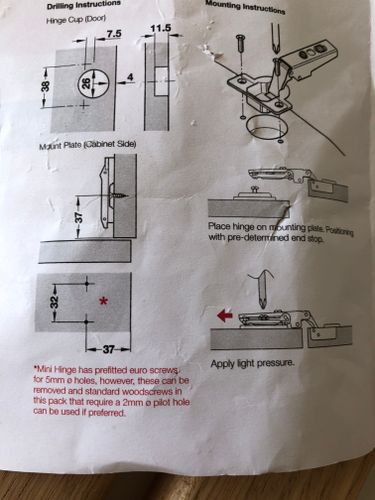 Lesson learned, read all of the instructions

It's great to see you got that sorted @JoeAzza. It's amazing what reading the instructions can do. Personally, they are the last resort for me, and I'll frustrate over something until I give up before reading them.

I can't wait to see your results!

It appears many locations around Australia will receive their fair share of rain over this weekend. Has the weather dampened your D.I.Y. plans, or perhaps you've bought your project into the living room to work on? It would be amazing to hear if you have a go-to project for rainy days or what you'll be tackling despite the precipitation.

Myself, I'm working on making concrete pots for my succulents and cacti, inspired by @hannah's D.I.Y. concrete vase. A super simple project with satisfying results, perfect for rainy days.

I look forward to seeing what you are all up to. 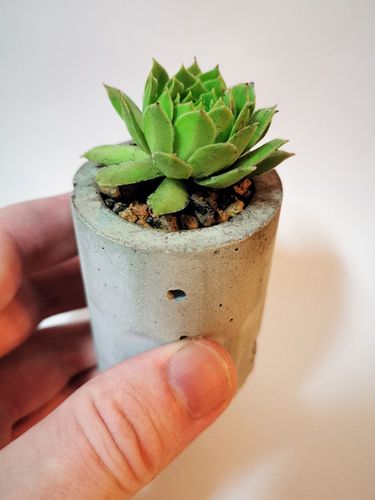 Does anyone have a cracking D.I.Y. job on the go this weekend?

I've just finished my mini desktop self-watering moss wall inspired by SerpaDesign. I absolutely adore moss and ferns, so I jumped straight on this project when I saw the video. It was fairly simple to make and only took an afternoon with all the parts coming straight from Bunnings.

It would be fantastic to hear what everyone is working on this weekend. 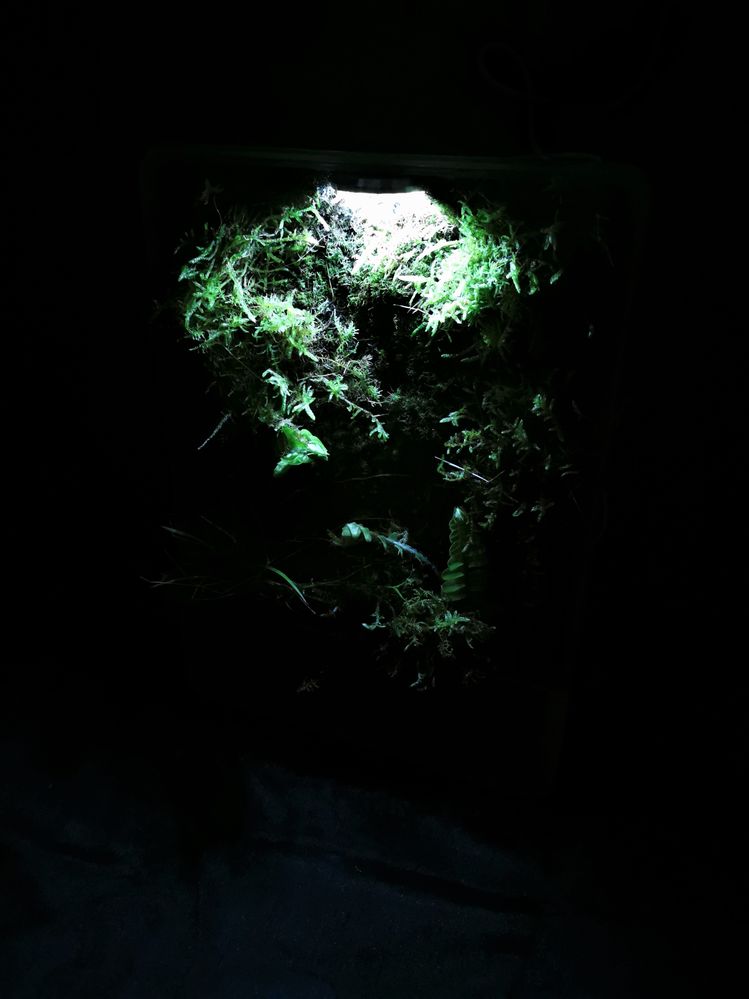 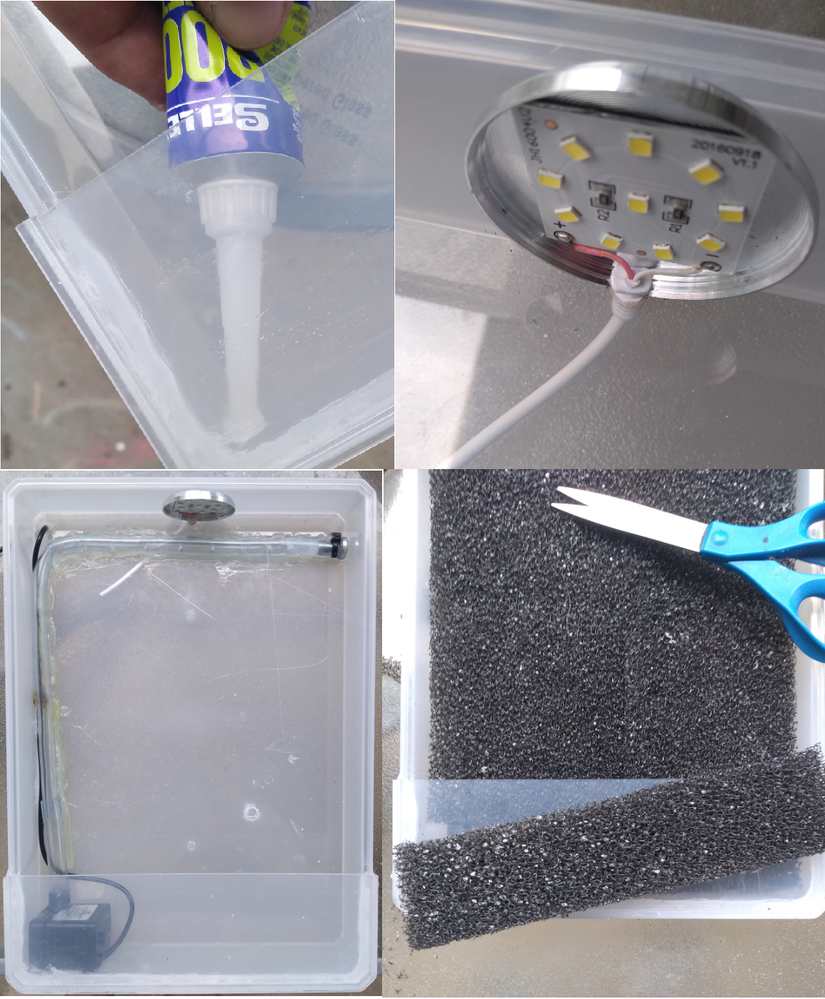 I am tackling what I thought was just the repainting of an old gate (thought about replacing it, but it suits the house).

It is made of upright tongue and groove boards. I discovered one had a badly broken away groove edge, which looked unsightly.

The boards are not any available standard size & having tried repairing it with bog (to create a time-wasting unsightly mess), I decided that I would have to make a new bespoke T&G board.   Easy to say and imagine, but fiddly to do.

I had to remove all the boards along from the edge of the gate to release the one that I wanted to replace.

I then started making a replacement using a T&G board I had in my wood *store,  which was too wide and too thick. And too long, but fixing that bit was easy, so I docked it first... a mistake in hindsight.

(* My wife's most hated thing on the property. "What are you keeping all that for?" ...which I just can't answer in advance. It is out of site!)

I ran it through the saw, cutting off the existing groove, to get the final width correct.

Getting the thickness right was a bit trickier (I don't have a thicknesser).

To ensure that the tongue still ended up in the centre (to line up with the groove of the next board) I had to measure the difference between required thickness and the board I had, and then halve that measurement. It was only small.  I then ran the board on it's edge through the saw to trim off one side.   Then set the saw to the final required thickness and trimmed off the excess on other side.

Finally I had to make a new groove, using my router, which wasn't set up on a table... and since it was supposed to be a small job, I decided to route it by hand.

This is where I regretted docking the board to length first. Trying to get the router to start a centered groove by introducing the spinning cutter at the end of the board wasn't a great idea. Only one of the router's guides was able to engage the board at the end, so the line was a bit wobbly until I could move the router along the board and guide it properly. Had I left the board un-docked, this wobbly bit would have been in the waste section.

Luckily it is acceptable, given that the rest of the old gate is also characterised by imperfections.

And now, many hours later, I managed to get an undercoat on. 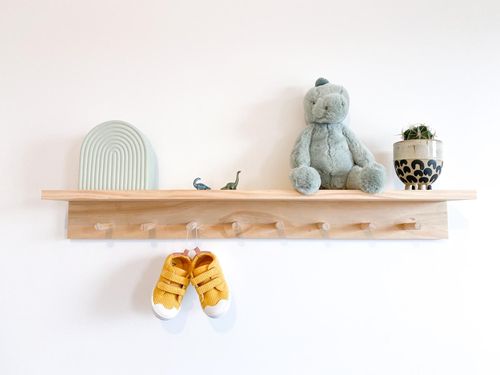 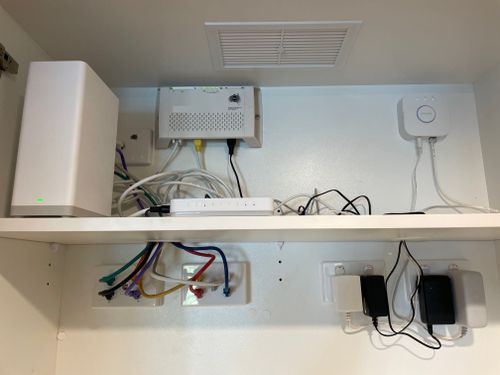 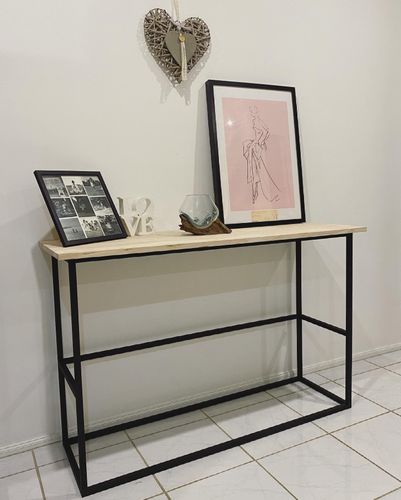