What is your strangest household discovery?

What is your strangest household discovery?

I was reading about this woman in New York who found a whole secret apartment behind her bathroom mirror and was wondering what you would do if you ever discovered a secret room in your house? Would you let everyone else know about it? Or keep it to yourself? What would you use it for?

What is the strangest thing you've discovered in your house?

Re: What is your strangest household discovery?

No secret rooms at our place unfortunately. That would be very cool.

But when we were demolishing our old garage we did find a lovely artefact from the original owners. One of the girls who grew up in the home had written a "secret" message to her Dad on the inside of a built-in cupboard. It was so touching that I contacted them and asked them if they would like to keep it, which they did.

Re: What is your strangest household discovery?

@Jason - I wouldn't call it strange but my sister was definitely super happy with this discovery.

My sister and her SO were looking for a fun project and decided they'd reno a caravan. They bought an old second-hand one off gumtree and set about gutting it. There were some old, foam mattresses in there which were a bit manky and they couldn't agree on what to do with them. My sister wanted to keep the reno as low-cost as possible so was keen to try reupholstering them, but her SO thought they were gross and wanted to take them to the tip. They argued back and forth for a bit but eventually agreed that she'd reupholster them and if he wasn't happy with the result, they could turf them.

So the next day she tore the old covers off, only to find a slit cut in to the mattress. Inside the slit was an envelope, and inside the envelope was $5,000 in cold hard cash alongside a withdrawal receipt from 1990. She initially wanted to get the cash back to the owner but the caravan had passed through 6 or 7 owners in the last 30 years. So they kept the cash and bought new mattresses. I guess SO got his way in the end.

How to distress painted furniture

A quick little feature wall I did in my sons room today, using some left over paint, a sponge and about an hour of my time  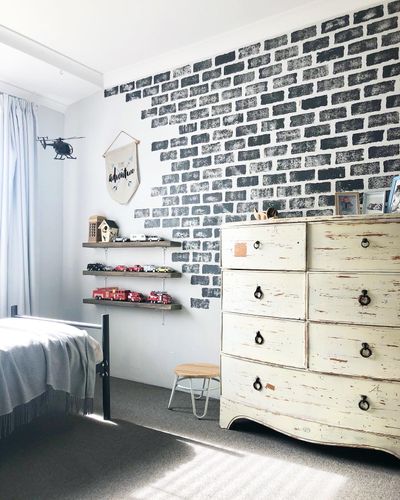 We decided to paint our hallway table to give it a new fresh look. It was about 15 years old and had its fair share of scratches and dents. The colour ... 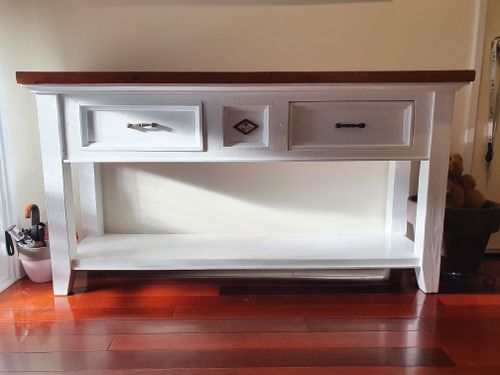 How to winter-proof your home

It's the first day of winter and the cold weather has arrived. Fortunately, there are some simple ways to winter-proof your home by keeping the c ...