After the shed was finished I needed a work bench.

After a lot of searching on the net I found the basic design I was after and went from there. A few scetchs later I came up on the final design.

I used 90x35 pine for the frame and 19mm ply for the tops mainly because I was able to get it for nothing off on old employer.

Was easy to knock up with a nail gun and bagels.

Here is a few pics.

Its nearly too nice to use as a work bench. 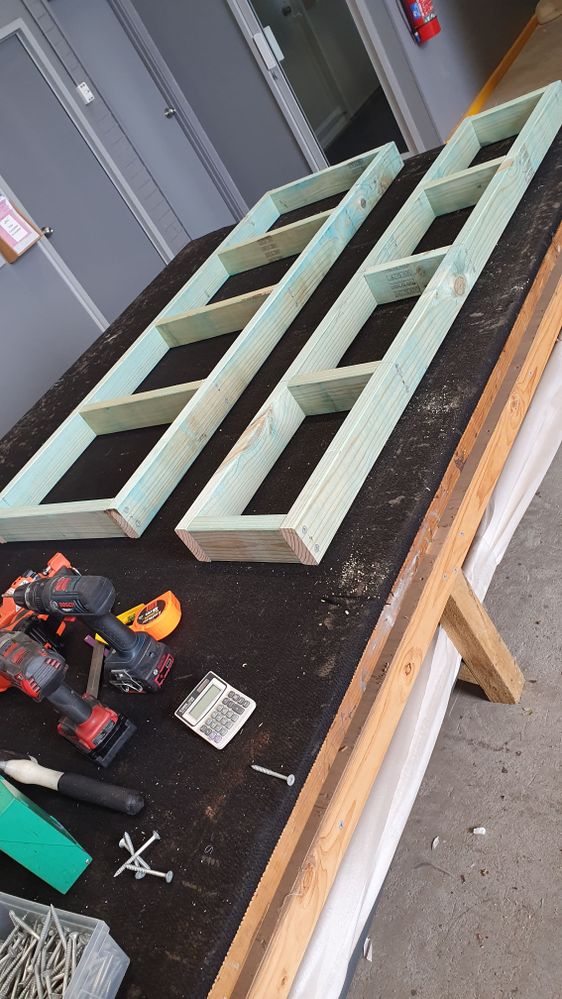 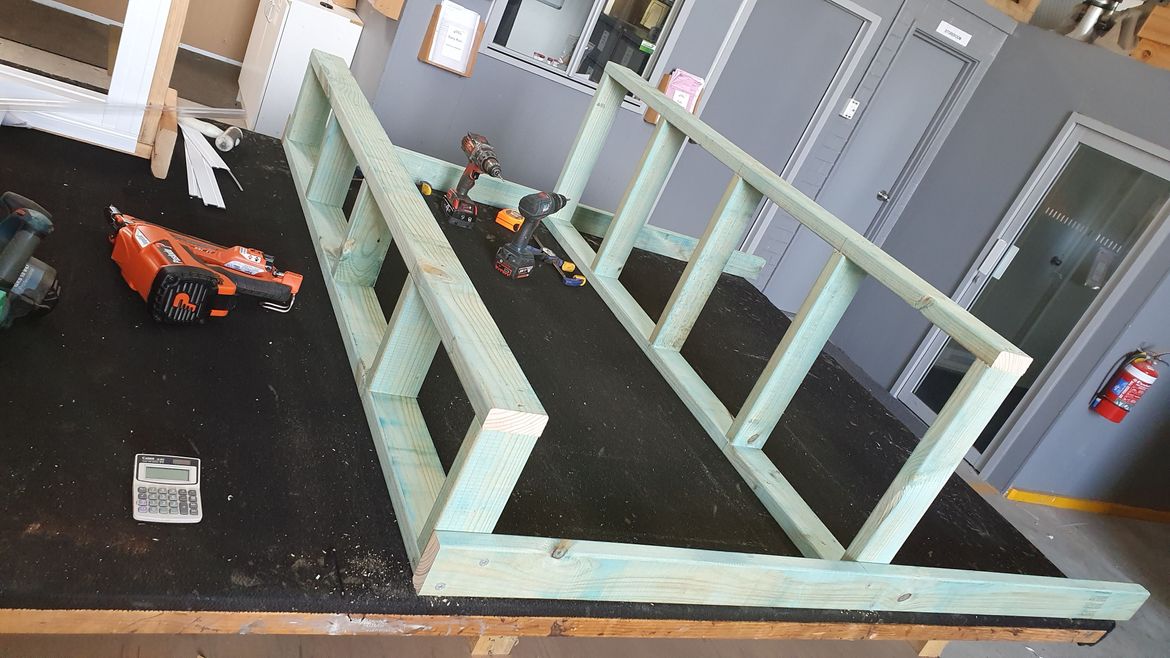 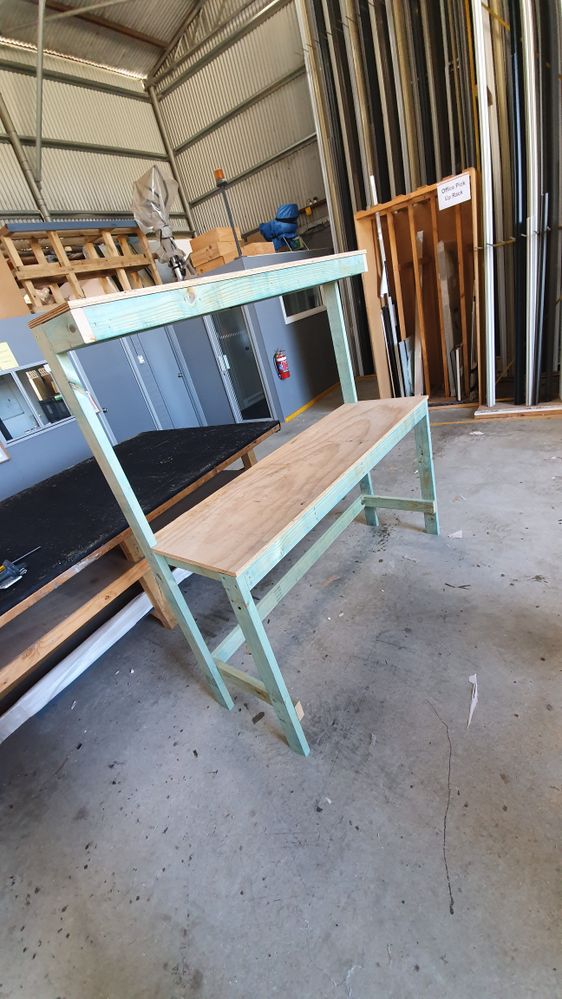 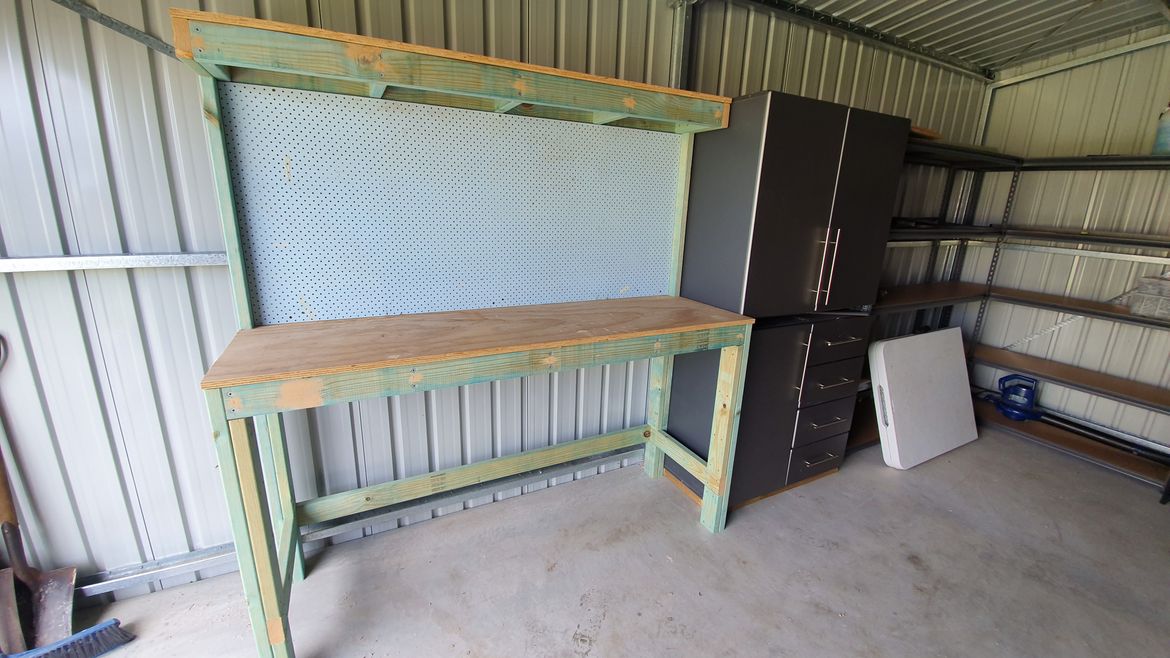 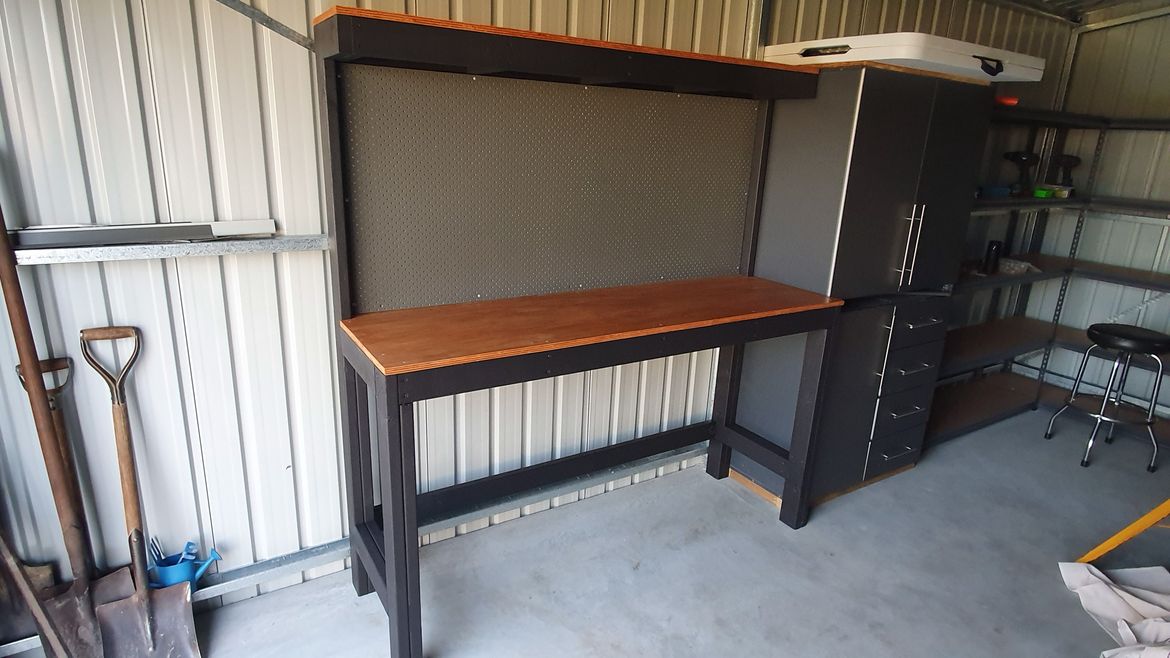 cheers. haha it is a bit. will probably be sat at with a beer more than anything.

already thinking of making another one that i can acturly use.

cheers. haha it is a bit. will probably be sat at with a beer more than anything.

already thinking of making another one that i can acturly use.

mate my island bench in the kitchen hasn't been that clean since I moved in here!'
Pardon my igorance...but a mention was made of using a nail gun and 'bagels'...may I ask what nail gun you use (or would recommend...considering the purchase but it is a few dollars to drop...) and also what 'bagels' are? I'm not sure if that was a typo or a slang term for something that I have not come across...I've come across the food FWIW

hahaha yeah i got a bit carried away with it.

i used a Paslode nail gun. i havnt used one much myself but all my chippy teams at my last employer had them and they were used evey day. i only used it on this project becuase it was at my disposel. did make it easier.

sorry i wrote the last post on my phone in a hurry. i meant to say Bugle screws.

Timbecon have a series on a workbench build, way over the top for DIY use but if people are interested I can post the 6 videos.

Great looking bar lol, besides all the fancy equip used, I reckon I could do this with a saw, hammer and nail. Granted it would take longer and look pixie built, but it could work.
at least I wouldn't be worried about getting mine dirty. Thanks heaps for share, really nice
Pix
Report Inappropriate Content
Message 7 of 13
17,327 Views
Reply
1 Like
Like
Reply
Loading...

hahaha yeah i got a bit carried away with it.

i used a Paslode nail gun. i havnt used one much myself but all my chippy teams at my last employer had them and they were used evey day. i only used it on this project becuase it was at my disposel. did make it easier.

sorry i wrote the last post on my phone in a hurry. i meant to say Bugle screws.

Sorry for the delayed reply but I have been under the pump with work...same as everyone I'm sure...
Anyway...'bugle screws'...I actually had to give it a google to make sure I had the right type but I'm with you now man, all good

Plus no problems with the Paslode nail gun as well...I can only remember one job where there was a bit of 'more advanced' in-situ concrete work involved (formwork, movable shutters etc.) and it was all Hilti drills and Paslode nail guns all around. If you have one that you can borrow for a couple days (or 'souvenir'...even better

) then yeah I would do the same thing!
I guess I'm just always on the lookout for guys that are doing similar stuff to me around their house (or wherever) and trying to pick their brains as to gear/techniques/skills etc. thumbsup with that said though - I'm no muppet; but I'm no tradesman either - so when you start talking about dropping $1k for a nail gun (and perhaps you were inclined to buy six of them...hey man, more power to you, awesome!); to me that is just not viable.

I don't want to have to get a compressor and I don't want to spend much; yet get a nail gun for occasional use that could handle 60-70mm decent gauge nails...would have made my current project a HELL of a lot easier. Sounds like second hand hope for some luck is the go there...

All the same any suggestions from anyone are welcome...apologies to drag your thread a little off topic as well. 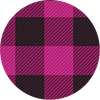 Gday Baggs - if its not too much bother, would you be able to post the dimensions for your bench - much appreciated .

Welcome to the Bunnings Workshop community @RobHarris. It's great to have you join us.

Let me mention @Baggs to see if they can answer your question on the dimensions of the bench. Were you planning on building yourself a bench?

We look forward to hearing about all the projects around your house and garden and I trust you'll find loads of inspiration for them from within the community. We'd encourage you to let us know if you ever need assistance with a project or if you have something to share with our members.

So after what has been close to a year of planning I have finally completed my garage floor. It took a lot longer to get this project off the grou ... 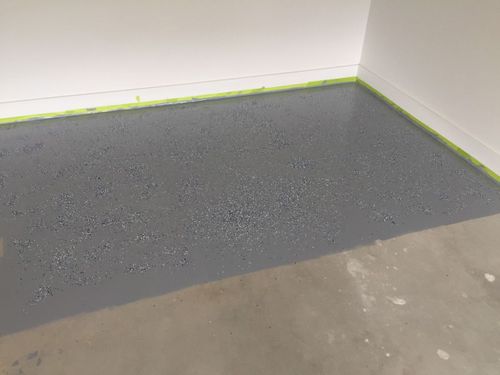