I'm building up my tool kit at the moment and have been thinking about a battery system for a little while now.

Not sure what the difference is between a drill and a driver?  The drivers look a little more compact than the drills, which I think I would prefer in terms of size.

I'm an aspiring DIYer and was thinking about getting the Ryobi One system as a good place to start.

There are two main differences between an impact driver and a cordless drill/driver. Firstly... the impact driver doesn't have a keyless chuck, instead it has a collet that will take any hex-ended bit. It means you can swap bits super quick and you won't have to waste valuable time winding and unwinding a chuck.

The other big difference is the sheer amount of torque that an impact driver can generate. It means that for heavy duty jobs, you're going to have more than enough grunt (like my wheel nut example). A lot of models also have an in-built clutch and when you combine that with the way the inner mechanism of an impact driver works, it means you won't have to worry about stripping screws or the tool being ripped out of your hand when you've over-tightened a screw. The drawback to all this torque is that you probably don't want to be using it for delicate jobs with soft timber as if you're not super careful, you can really do some damage.

Welcome to Workshop @fuzzy. I look forward to reading about your plans and projects.

I trust @Jackson's informative reply proves helpful. Please feel free to post anytime you have a D.I.Y. or gardening question. The Workshop community will be happy to assist.

It's all very confusing, there are Impact Drills where in "Drill" mode, it will rotate the drill bit, or you can select "Impact" mode, which belts the drill bit in & out in a sort of chiselling action while rotating, which useful for drilling masonary.
There's also a Drill/Driver where the "Driver" mode is used to tighten screws or nuts. They have a multi-adjustable clutch mechanism which can be set to slip at low torque, which is valuable when screwing into soft wood etc, or cranked up for metal fixing.
Next we have the Impact/Drill/Driver, which is a single unit capable of doing the job of both Impact Driver, & Drill Driver.
Another category is Impact Drivers, which Jackson mention earlier. Where they differ, is that they have an impact mechanism which repeatedly jolts/jars the drill in the same direction as the drill rotation. Their main purpose is to screw in very long screws, which a Drill Driver is incapable of doing. Larger variants are extreme torque versions, known as Impact Wrenches.
When buying any of these tools, a hands on feel for the speed controllability is vital. Some jump straight from stationary to almost full speed, no matter how delicately to try to ease the trigger.
If you can afford it, go for Metabo, I love mine. I bought the "Quick" model, which allows you to quickly swap between (they click on & off) the keyless drill chuck, & a hex head collet. If you need an Impact Driver as well, get the "skin" (no batteries or charger) & use your existing charger & batteries.
Report Inappropriate Content
Message 5 of 9
14,651 Views
Reply
1 Like
Like
Reply
Loading...

@fuzzy the  Ryobi One+ range is excellent bang for buck for the DIYer and they have an extensive selection of tools on offer. I have owned and used most of this range and was only ever disappointed by the sanders. That being said they have since upgraded both of them to much better versions.

As the others have explained an impact driver is a more job specific tool as they are designed for driving screws into timber and metal  and running nuts/bolts with far more ease and control than a normal drill. How ever.... They are absolutely awesome and I could not live without mine(four at the last count just don't tell the wife!!). The Ryobi one has plenty of power and has certainly put up with a fair amount of abuse from yours truly so I would highly recommend it.

I hope this helped and not confused you further.

For the money, the Ryobi One range is excellent. I have had a set of Ryobi One tools on my work site for apprentice use (I don't trust them with my Hilti's) and only a multitool has let me down. However, due to the 2 year warranty, straight replacement new for old and away you go.
Report Inappropriate Content
Message 7 of 9
14,638 Views
Reply
3 Likes
Like
Reply
Loading...

I recon you cannot go past the Ryobi One 18Volt tools I had a pailing fence built by a proffesional tradesman. It was great all bar for the timber [100mm x 45mm about] he placed along the top it really looked bad so after a year of careful thought [ yes-no yes-no]I desided to remove it. One look at the size of the head and hex hole screamed very secure. Used my resently brought Ryobi One drill /driver. It looked tiny and not capable of removing such a screw. I shouldn't have worried it removed all the 31 Screws 10g x 100mil gal. woodscrews without fuss and I was only using my 2.5 battery.

I also use a P&H quick release for my drills and screw driver bits. I already had it so I wasn't going to not use it though the chuck works great without it.

As much as a two year replacement warranty is a good thing you need to be aware that because Ryobi are a Bunnings exclusive product there are no service agents for them.

This means if you have problems after the warranty runs out you would have to look at repairing the tools yourself. On the plus side the parts that I have ordered through Bunnings have been well priced and it did not take long for them to arrive.

My how time flys when yah having fun. I have been trying some new joint methods "Isoloc" So i though I would start with another jewellery box because ... 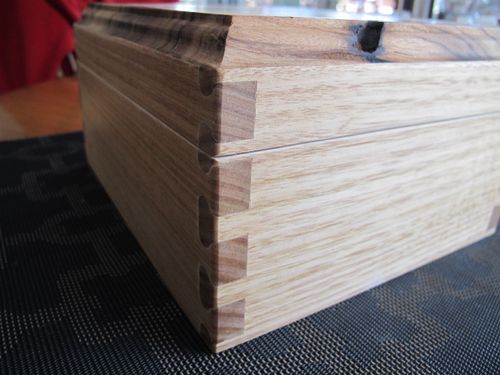 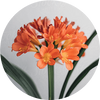 Hi, just wondering what the best brand of wood glue I should get for casual woodworking?