you can get cordless tools now that are just as powerful if not more than corded tools, and are a lot more convenient, your best bet is to get cordless

I realise that I'm replying to a post that is over 18 months old, but I'm going to post anyway.

Cordless or Electric? That is the question... I believe it all has to do with the type of job you are trying to complete. For most jobs, cordless will suffice. But when you need to use your tool for extendend periods, corded is necessary.

I've been using the Ryobi One + range since it was released some 10 years ago and have found their range to be impressive, practical, and downright sufficient for 90% of the jobs I do. The way I choose which tool to use, is I generally start with the cordless and if I use up a battery quickly, then I switch to corded. And 90% of the time I can complete the job using only 1 or 2 batteries. Now that Ryobi has released the 5Ah batteries, they last a lot longer on the tools that eat up the power, like the grinder, or drop saw, or chain saw.

And the biggest convenience is that I can use the same battery for the entire range of 30 or more tools.

Thanks for sharing your experiences @DCS. Nothing wrong with reviving an old topic, particularly one that doesn't date like this one.

I recently bought a new mower and line trimmer, and went with the Ryobi 36V battery kit. Was thinking Victa or AEG when I entered Mornington Bunnings, but the power garden team member (Dave) was awesome and asked me a few probing questions to work out what was best for me. My block is split level and has a few stairs to carry the mower up and down from, so weight was a factor and the Ryobi is made of tough plastic, so that was the key deciding factor. Couldn't be happier - have since added the jet blower to the kit, too. I would have around 300 square metres of grass to mow and the single 36V 5.0AH battery charge gets me through the lot.
Report Inappropriate Content
Message 35 of 39
3,445 Views
Reply
2 Likes
Like
Reply
Loading...

I have a one word answer - MAKITA!

No really, I agree with most of all the other posts here,just depends on what job you are doing, I'd say in any typical day I would use 3 battery operated tools and 3 power tools, so a combo of both.

Browsing Bunnings the other day - and I could well be wrong - but I thought I saw more battery powered chainsaw choices than petrol powered.
Sales staff told me "soon" 2-stroke motors will be a "thing of the past". ??
Report Inappropriate Content
Message 37 of 39
3,235 Views
Reply
1 Like
Like
Reply
Loading...

The simple solution (to having a flat battery when you grab the drill) is to have more batteries,  when you buy another cordless tool get the kit with a battery,  and a fast charger.  I've been accumulating the Ozito range of cordless tools so now have 4Ah, 3Ah and two 2AH batteries and two fast chargers,  I can fast recharge one battery in the time it takes to run down the battery on the hedger,  the only time I ran out of charged batteries was when I was boring out post holes using a 4" auger in rocky ground, I swapped over to a corded drill for that.
I have now 2 cordless drills and a driver, so I can drill holes, countersink them and insert screws without changing bits.

I must admit I'm predominately battery now, with the exception of a few tools, some historic some not. I too have been a fan of the Ryobi System for a number of years, Originally I went in to buy a "Popular De Brand range of cordless when I started renovating" and one of the helpful staff asked some questions, these were the right questions and I ended up getting Ryobi instead and haven't looked back, with the exception of my Hitachi cordless framing nailer, unfortunately Ryobi doesn't seem to make one as I probably would have gone with that to keep in with their system

Just yesterday I replaced my second petrol weed trimmer with a battery one.  My thoughts were, I've gone through 2 weed trimmers in the last 4-5 years and they've always been a pain to maintain and start, not to mention mixing fuel etc, so I'd give a battery one a go if it doesn't work I'd look at getting another petrol trimmer, it was much cheaper and I already have the batteries and fast charger, so now my wife won't complain about trying to start the thing when she wants to use it.  My Initial thoughts was it was a bit under powered, however it did the job quite well looking at the results, additionally its head can be rotated for edging!   I used a single battery and this was lawn and edges that haven't been done for quite some time so there was quite a bit of growth there.  Time will tell, but so far seems to do the job well enough for an urban lawn.

So for me battery is the go for most things now, Ive built my garage and extension with the Ryobi range and they have been rock solid and reliable, I recently purchased one of the brushless drills/hammer drills during my extension build and the torque that thing generates will break a wrist.

So far I've only had my two original batteries fail about 12 months back, so again I got good use out of them.  The only items I have corded tools are my docking saw and table top circular saw, I also have an old angle grinder and hammer drill that don't get much use any more, because I have cordless equivalents

Hi all, got tired of tangled , messy cords in my workshop,so I finally got time to fix the problem. Using scrap material that has been accumulating an ... 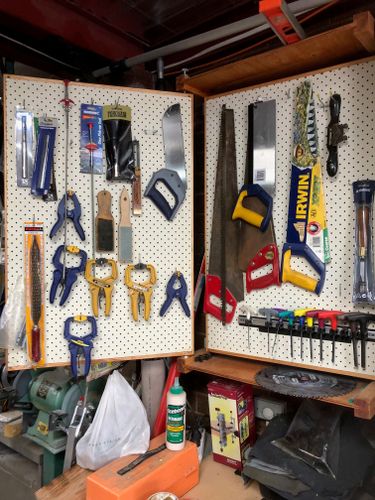 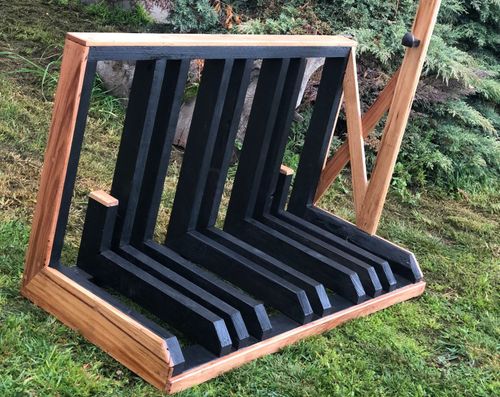