I think my only concern with a product like this, isn't actually the product itself, but the integrity of the plasterboard it's being screwed into.

We've all heard of places that have an issue with rising damp, this could weaken the plasterboard (which is merely paper covered chalk), enough

to cause failure of the wall lining under this sort of loading.

Sorry, I'm not trying to be awkward or difficult, I like the concept of these fasteners.

Im looking at mounting a tv in my bedroom soon - Theres no wall stud where I want to mount mine either, so Im going to buy and mount an adjustable tv bracket to the closest wall stud, and just swing the tv over to where i want it located. If your studs are close enough to the location you want, you could just do the same? Im hoping my brackets will all be hidden behind my tv anyway although its a smaller  tv so will see I guess lol

Check out the spring toggles in this extreme weight test...

Re: Wall mounting TV to plaster board

Short answer is NO!

I have no doubt that the blue gripit plasterboard fixes would hold 60kg, but the plasterboard would not hold that kind of weight without any kind of support to distribute the weight over a larger area than the gripit fixings give.

In the end it comes down to this... how much is your TV worth? And are you prepared to buy a new one if and when it falls off the wall because you wanted to cut some corners?

I've mounted many TV's for customers and have never had any complaints that I took the extra time to mount them properly. In fact it has brought me more repeat business because I didn't cut corners.

Thanks for sharing that video. It helps to cement how important it is to fix to studs. There is no substitute for strength other than studs when mounting to plasterboard walls. 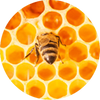 ive used these for this purpose, and they really work, but you must be able to get the wings deployed fully  and be able to screw the central nut in fully behind the plaster board, only then does the central screw compress these wings, with the plasterboard to the front plastic body plus whatever you attach to it.  it doesnt work if you cant deploy the wings properly though or if you can’t tighten and the central nut.  i’ve also used these for floating shelves and speaker mounts. they work great if used properly.

We have had a product here for many years that will do the job simply and admirably..

They are called "Wall Mates"..You can get them in plastic or metal form..The metal form would easily hold your TV..

I have used these to mount a heavy projector with a metal projector mount to a plasterboard ceiling! 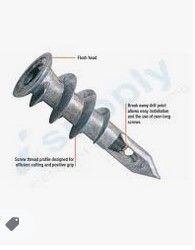 Welcome to the Bunnings Workshop community @mrwongmrwong. It's fantastic that you've joined us, and many thanks for jumping into the discussion.

It's great to get some firsthand feedback on their capabilities. I trust any of our members, considering their use, will greatly appreciate you taking the time to share your experience.

What other projects have you got going on around the house and garden? We look forward to hearing all about them and encourage you to start a discussion anytime you need assistance or have something to share. I trust you'll find tonnes of inspiration within the community for them as our talented members contribute their ideas here all the time.

Interesting enough, both the metal and plastic versions of Wallmates have the same max rating of 10kgs each. The concern I always have with people using fixings into plasterboard is that you need to consider a few other factors instead of just static weight.

We can assume that four Wallmates would be used in this application. That's 40kgs of static load they are capable of holding at the wall's surface. As soon as you start moving out from the wall, due to the wall mount system, the force applied to the fixings increases. Add a TV Wall Mount with Tilt and Swivel, and the 11kg TV at full extension could come close to the max load of the fixings. Another concern is that when the static load moves away from the wall, it starts putting more force on the top fixings, pulling them out of the wall instead of downwards. The weight is also no longer being evenly distributed. If a person then leans on the TV, or perhaps a child pulls on it, there's another 10kgs of weight which could cause the fixings to fail. That's not even taking into account if the Wallmates have been installed correctly. I know I've installed a couple of them before that have chewed out the plaster.

Although their use would likely be perfectly fine for this application, I'm always over-cautious when it comes to hanging items. This stems from speaking to the various suppliers of these types of fixing mechanisms and heeding their warnings about them being labelled with max load specifications. Even the GripIt manufacturer was very adamant that much more needs to be taken into account than just static weight, even though their four fixings can hold up to 240kgs, and this is an 11.5kg television.

I see your point..In this instance there is a downward force combined with an outward force..

Looks like the spring loaded toggle is the way to go...

Unfortunately my 2nd child drew the short straw with her bedroom. The layout creates a smaller area to work with and the location means it gets the le ... 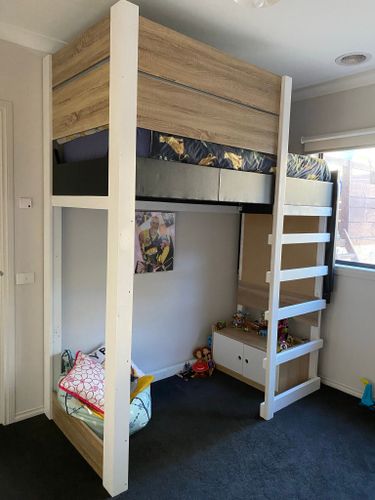 Hi all, we recently finished our DIY bedroom reno. We were inspired by others on this forum to create a feature wall for our bedroom as the plain whit ... 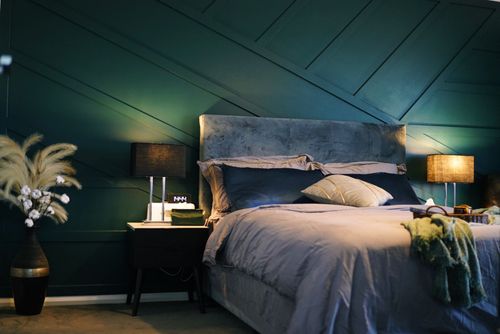 Trusty Ozito sander, I started with 80grit and then a 120grit for a smooth finish.Trusty British Paints 'Paint and Prime'One coat. Lightly sand. Repe ... 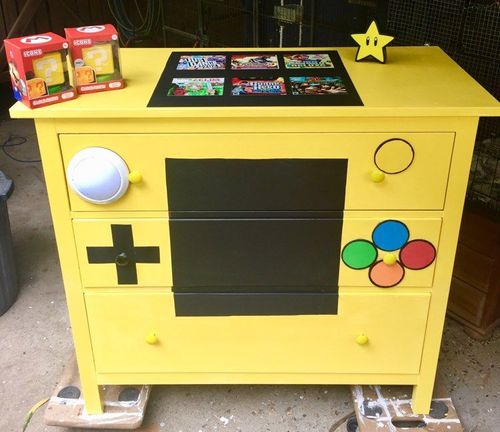 Large desk built on a budget 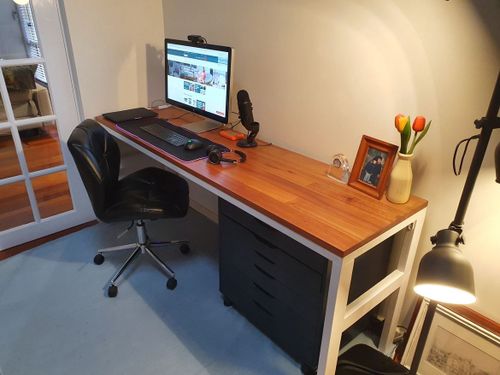